Cryptocurrency and Blockchain to Provide West Africa with Efficiency 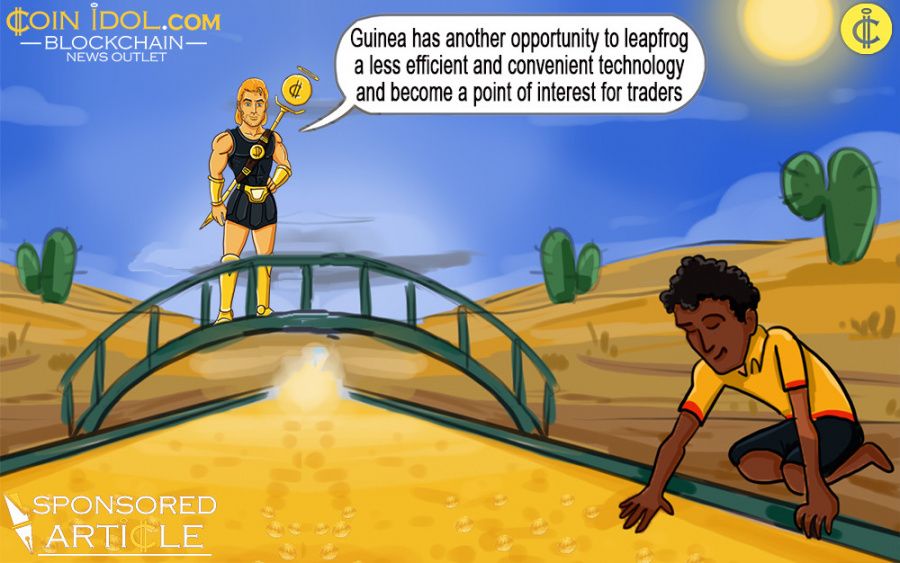 Cryptocurrencies are a better way to spend and to use than true currencies. They are cheaper, faster and more reliable. Now, Avesta aims to connect the main world and the cryptocurrency world together.

There are companies doing a better job in Financial services and lending than our own traditional banks. Avesta took a deep look into this and started combining the power of teamwork and consistency, and created an efficient system using a change-making all-in-one platform with a mineable currency, which is secure, amazingly fast, combined with a very low fee.

Democratizing a coin used in a country with a lack of infrastructure and a huge amount of transactions per year is a goal that many cryptocurrencies want to achieve, but not many of them have been able to do this.

Guinea is an interesting and fertile country. Situated near the tip of Western Africa, they’ve modernized in spurts. They never really had a landline network, leapfrogging it in favor of cellphone and smartphone technology.

Now, with cryptocurrency and blockchain technologies slowly approaching the mainstream, Guinea has another opportunity to leapfrog a less efficient and convenient technology and become a point of interest for traders and other countries.
There are a lot of advantages to being a western country on the cutting-edge. One of the disadvantages, though, is inertia. Legacy systems tend to entrench themselves, and between jobs and investment, there’s a lot of incentive to discourage challengers from supplanting such systems.

For example, despite lower costs and long-term benefits, renewable energies such as solar and wind continue to have a tough go of it in the United States. The financial and political capital of the oil, gas, and coal industries is too immense to ignore while the high-paying jobs are difficult to leave behind.
Similar trenches have been dug in the banking system.

Despite credit unions and smaller institutions providing better value for consumers, the large banks continue to wield their considerable political clout to stay ahead.

These banks, or banks of similar size, have been at least somewhat responsible for every financial crisis dating back to the depression. It’s possible that a democratization of such banks could have avoided these problems. And now, with the advent of blockchain and cryptocurrency, such democratization is possible.

Guinea is not under the purview of a large, powerful bank. The opportunity existed to revolutionize their financial infrastructure, and Avesta took that opportunity. With our all-inclusive platform that serves as both the currency and the trading apparatus, Avesta is making business-to-business transactions possible which is now a cashed based business or lost business and they are hoping to bring Guinea beyond the Western countries in Financial services and automatisation.

Guinea serves as both their blockchain proof-of-concept and as a proof-of-concept to the world that a better financial system is possible. Attracting a 2 billion dollar business transfer and almost 11 million inhabitants who will use Avesta as their savings and daily spendings.

Coinidol does due diligence in researching the content matter before the publication of any text, especially if it's provided by a third party and paid as an advertising announcement.
Coinidol's team searched for information about the Avesta project on Google and found suspicion from users that it could be a scam.

We have an obligation to warn our readers to pay attention to this fact because this publication is provided by a third party.
Coinidol didn't carry out in-depth research of the project to prove or disprove this fact. But we have asked the team of Avesta to comment on the main questions of the community. We have sent the request to Aydin Farhoudi, Chief Amazement Officer and CEO at Avesta (his contacts are  aydin@avesta.io, T. +66917373333).

Aydin Farhoudi responded to Coinidol about the accusations of being a scam project:

“Coinanalysis is a website run by Evan Pattanan Chin. A former employee of Bitcause. I believe that some of our ambassadors even have stated and posted everything online, but I see that most of them are just erased.

So as you can see from the beginning, everything said is not right and is a whole set up story which is a pitty.

It honestly did not ruined anything for us.

Private information about me and my wife and some other people in the company and about the fact that the system does not exist.

Please check GitHub and our explorer

But the funny things is whatever is been solved and reacted is already proven, at the moment, the only thing which is left, is some parts that will be anounced after the launch. Please check Reddit comments as well on r/avestamarketing.

What I think is not a fair solution, is deleting everything or being able to add everything on a blog. There should have been almost 200 reactions, But the curator ruined it by leaving only 25% of them and on this way destroying Democracy.

We are developing a software and a crypto and we work together to democratize with good people with good reputations. people from former UN!

There is an EV certificate on our website that also proves our company existance. If you would be that kind to let me know exactly what you need and on which accusations, since the most things I can find is already answered and I do not see the relation of this.”

They have also provided an official letter signed with Ashwini Khemlani, CMO, Jan van Melle, CTO and Aydin Farhoudi, CEO. You can use this link to download and read it as pdf file