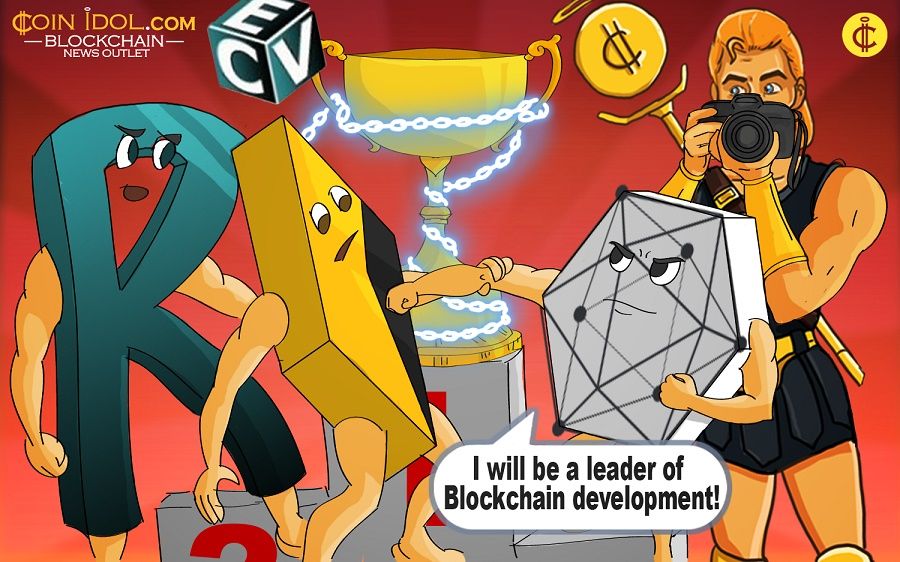 Australian banks are ready to replace both the R3 Blockchain Consortium and the Linux Hyperledger projects in the position of leaders who drive the development of Blockchain technology. This future is predicted by Thomas McAlister, an Australian expert at Bankcoin Reserve Pty Ltd, who works with governments and their central banks.

The Commonwealth Bank Of Australia embraces blockchain technology in a move that will see the bank develop its own blockchain hub later in 2020. The bank is implementing an ambitious goal of the Sydney government set up earlier in 2014.

“Banks are in a strong position, regardless of how much noise the fintech world is making about banks being left behind. Commonwealth Bank Australia is leading by example for the world to see. Precisely, Commonwealth Bank Australia have partnered with Barclay's AU and UK, they are making some huge moves in the blockchain space,” said Thomas McAlister to CoinIdol.com World Blockchain News Outlet. Mr. McAlister is working as a principal consultant at Bankcoin Reserve Pty Ltd, an organisation that works with central banks to offer new liquidity options through a series of Blockchain derivative options under licence agreements.

The Commonwealth Bank of Australia has invested in a project which, if finished, would emerge as the world's largest fintech park with the potential of hosting thousands of fintech companies and startups.  The paper on the development of the park can be found here. Different banks across the globe are adapting and incorporating blockchain technology at a rather fast pace. That’s why CoinIdol.com Blockchain News Outlet conducted a survey of industry experts as to whether this move is healthy or disastrous to the banks and their customers.

Is the use of blockchain technology better than the traditional banking system?

We spoke to Kelly Ann Pope, founder and Certified Cryptocurrency Specialist at Nexxus partners, an organisation based in Nexxus university which runs the nexxus coin, a cryptocurrency.

“Banks and government are one and the same - the federal reserve is a private corporation and the monopoly scam is coming to light. this might not be the feed to put that on, but I am of the opinion that everyone in this space of blockchain would know that one of the main goals of the creation of blockchain was to be peer to peer in our own currency - not depending on a bank.”

“We need financial institutions to help grow the economy. So despite the great headway blockchain is making, it in its own technical shortfall ability, it can not provide loans. Unless there is regulation in place and oversight.If that can be achieved then woo-hoo it will be blockchain paradise for us all”.

He continued by saying there should be a fee structure to implement blockchain, “I think the only way I could see blockchain under a nationalized network access scheme for consumers regardless of which bank they are with, is if the government is to provide a regulated network in which financial institutions could buy into by way of a fee structure”.

Will this development be good news for the R3 consortium?

“News spread that R3 CEV is now looking at selling , Goldman Sachs and Banco Santander are leaving the boat (for leadership reason). CORDA didn't solve many issues and raise many      (most of the issues are coming fr om the functional design of Financial instrument rather than technique, aka Asset Swap are cash flows designed to be black-boxed, so aren't compatible with an open world). There is however for electronic confirmation and compensation chamber an avenue for any technology that could avoid Cash Deposit for a new actor. From the point of view of a banker, I would even say, we are now in a world wh ere technic allow just-in-time third party (partial covered operation)”.

"I think the consortium was trying to solve too many problems with one solution. They could've helped Ethereum instead of building another platform. It's an arms race and many will stumble. Let's start with all the banks accepting Bitcoin. Without solid banking backing blockchain based asset transfer, Wall Street clearing is not going far, at the end of the day Bitcoin is only good, because it could be exchanged for fiat currency. People will still keep they money in banks, not digital wallets.”

How will point of sales (POS) be affected?

We inquired again with Thomas McAlister how he thinks this innovation will affect the way banking business is handled at the point of sale, which is the time and place retail business is done and this is what he said,

"Don't underestimate the power of POS, we know this since we are currently working with Treasuries and their respective Central bank. POS crypto commodities provide fixed yielding outcomes, banks will tap into this new crypto commodity as a mess to encourage deposits. The future looks bright”.

Tags
Blockchain Development R3 Hyperledger Central Bank Technology Banking Future
Most Popular
Sep 22, 2021 at 12:12
News
Banks in EMEA Miss Out the Potential of Blockchain, with Only 19% Benefiting from the Technology
Sep 22, 2021 at 11:11
News
Bitcoin Cash Drops Sharply to the Oversold Region, Poises for a Fresh Uptrend
Sep 22, 2021 at 10:15
News
Learn Professional Trading From The Best. DIFX Academy Is The Place To Be
Sep 22, 2021 at 09:17
News
Cardano Declines to the Previous Low at $1.91 as Bears Resume Selling Pressure
Sep 21, 2021 at 13:11
News
The Chinese Digital Yuan Shows Success, but WeChat and Alipay Pose Threats
More