Asian Traders are Massively Purchasing Bitcoin Cash Before the Fork 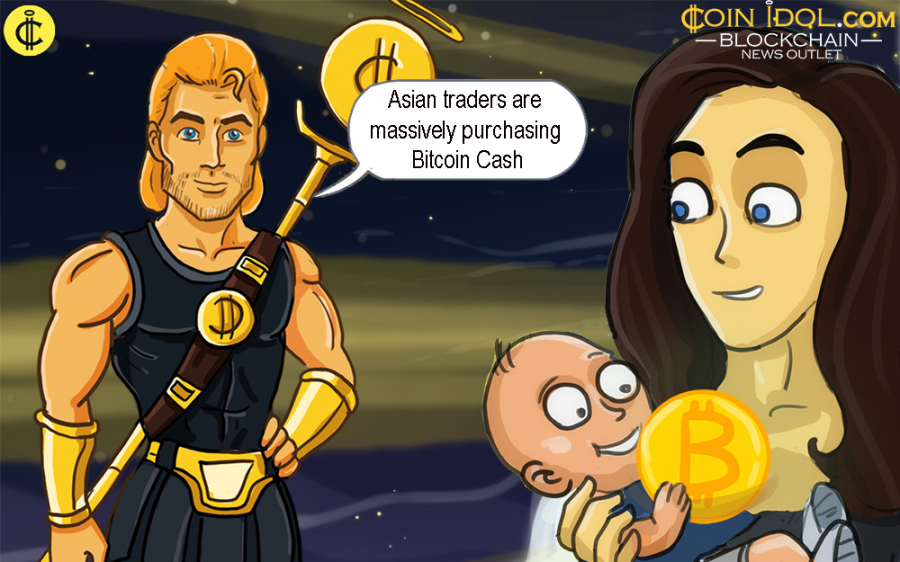 The greatly feared Bitcoin Cash (BCH) fork is now upon us.

However, several Asian investors positively perceive the fork that is coming will be satisfactory and are optimistic that the sum of the parts will largely be a boon to them. Thus, they are now purchasing BCH massively.

According to the data from CoinMarketCap, the trading volume of BCH has been following an upward trajectory since the start of November. For example, on November 4, 2018, it was around $1.4 billion USD daily and it was just $228 million USD in October.

The sales have more or less dropped at press time, though they are significantly higher than they were last month and that shows that the movement is actually very true.

The fork will occur on November 15, 2018. Someone with one BCH will at this time get two different "Bitcoin Cash" tokens: ABC and Satoshi Vision (SV). ABC is backed by Bitmain, and Bitcoin SV is backed by nChain & CoinGeek. Investors are betting that the two different tokens will be too expensive than the current BCH.

The head of markets at Kenetic Capital, a Hong Kong-based firm, James Quinn, spoke to Coinidol about the event. He said that several people and institutions are utilizing this new chance to earn a lot of money. He added that while hard forks are sui generis to cryptocurrencies and nascent, very many traditional investors are showing much interest.

“I think this type of trade is accessible and can be understood by institutions even if they don’t have a lot of crypto experience, because in some way it’s similar to a special dividend or stock split.”

However, people are not dreading the fork. Institutional investors, for instance, are still trading and that implies that they are optimistic BCH will outlive and that one if not both tokens will come out of the fork much derf.

One Huobi representative tried to put more light on the situation. He said that "it's about getting free candies". Very many are blissful since they hope to double their assets.

BCH was made through a hard fork from the initial Bitcoin Core in August last year, the coin is having a hard fork almost every six months. Nevertheless the recent one was monotonous while this one seems to have the noumenon to rip the entire Bitcoin Cash ecosystem apart and bring other forms of problems to investors.

Regardless of the propaganda surrounding the market, especially on the upcoming fork, there exist clear risks in trading Bitcoin Cash now and purchasing it in large quantities. James has said that there is a big opportunity that these investors are currently happy with the market and that there are more likely to withdraw before the fork.

“Whether institutions care [about arguments of the fork] depends on how they make decisions,” James said. “Some will use a more fundamental approach and may look for insight in how the fork may work out. Others won’t care about the background really because they have a more quantitative approach.”

Less likely, investors could wait longer and find themselves losing out on money since they are much hyped. It seems to be like a pump and dump scheme.

When BCH detached from BTC, several investors bet big, but that was a long time ago, now we are in a bear market. Investors who are investing in these very assets have to understand that they are experiencing real risks and things are more likely not to be significant like back that time.