The Arrest Of The Organizer Of Worldcore Crypto Currency Scam Pavel Krymov: Deceived Depositors Are Represented By International Law Firm

Editor's note:
The source of this text is a person with email: bondarfed2@protonmail.com.
The team of Coinidol.com received information from Denys Kastin, Junior lawyer of the company "Law & Trust" that there is no connection between EUPSP, Worldcore project and Pavel Krymov.

Original text: Within a few weeks, representatives of the company stole from 10 to 25 million dollars, according to different estimates, defaulted a single promise given to its investors. During the investigation, initiated by defrauded investors, it became clear that Worldcore has never had any products and licenses and all statements of the company are patent untruth (such evidence was published on the website https://scamworldcore.com/). Also found the fact of theft of client funds and allegations that Worldcore is SCAM dated 2016!

For financial crimes organizer of Worldcore Pavel Krymov was put on the international wanted list, on 6 February 2018 he was arrested at Sheremetyevo International Airport in Moscow. As far back as May, the false director of Worldcore Alexey Nasonov confessed that their project was outright SCAM:

It is to be recalled that the financial fraudster Pavel Krymov is the author of more than 40 financial pyramids such as Forex Trend, Panteon Finance, Private FX, Questra, Five Winds and Worldcore.

According to present knowledge, defrauded investors renewed the struggle with the organizer of pyramids Pavel Krymov. The reason for the next wave of activity was information about the arrest of Krymov, judicially the criminal was placed in pre-trial detention center 4 in Moscow until 5 August 2018. Affected investors are going to seek justice with the assistance of lawyers of international companies Eterna Law (http://eterna.law/ru/novosti/eterna-law-predstavlyaet-interesyi-obmanutyix-vkladchikov-forex-trend,-panteon-finance-i-private-fx.html).

At the moment the arrest of Pavel Krymov attracted the attention of thousands of defrauded investors and media. Central television channels offer insight into the information that Krymov is already being prepared for the extradition to Kazakhstan (where several criminal cases initiated under article 190 part 4 of the Criminal Code, serious fraud). For organizing financial crimes creator of Worldcore may get up to 7 years of imprisonment:

If you have suffered from financial pyramids of Pavel Krymov, please contact Eterna Law specialists to email address forextrend@eterna.law.

Disclaimer: This press release is paid and provided by a third party for informational purposes only and should not be viewed as an endorsement by CoinIdol. We take no responsibility and give no guarantees, warranties or representations, implied or otherwise, for the content or accuracy. Readers should do their own research before investing funds in any company.

The team of Coinidol.com received information from Denys Kastin, Junior lawyer of the company "Law & Trust" that there is no connection between EUPSP, Worldcore project and Pavel Krymov.

We received information of E&Y Consluting audit on EUPSProvider and copy of the certificate, that ensure compliance with PCI DSS requirements. 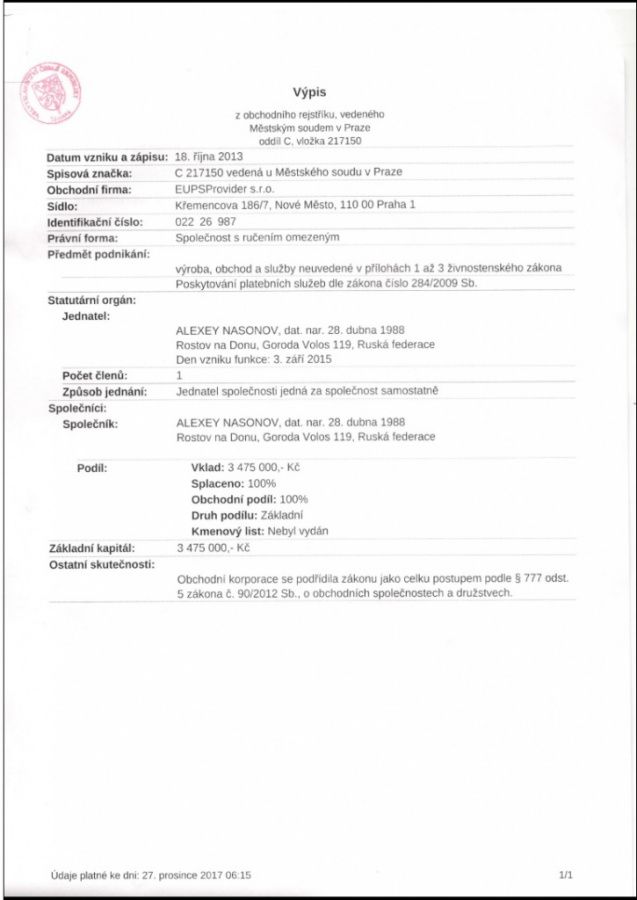 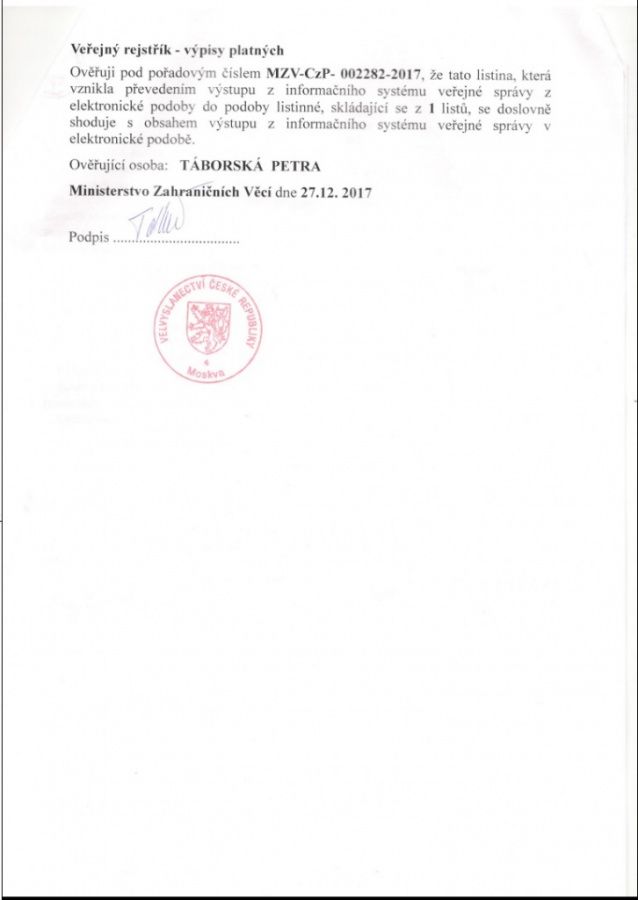 Tags
Scam Law Cryptocurrency Information Companies Coinidol Finance
Most Popular
May 02, 2021 at 11:54
News
South Korea Announces Testing of CBDC Right After Imposing a New Tax Framework; Is It a Coincidence?
May 02, 2021 at 10:36
News
Chainlink Breaks Initial Resistance at $38, Eyes $44 Overhead Resistance
May 02, 2021 at 09:14
News
Uniswap in Minor Retracement, Set for More Upside Momentum
May 01, 2021 at 12:54
News
Russia is Going to Establish a Special Department for Exploring Artificial Intelligence
May 01, 2021 at 11:58
News
Dogecoin Price Pushes To The Upside; Can Bulls Breach The $0.45 Resistance Zone?
More