Bitcoin Price Fully Recovered After the Early 2020 Break Down; Will It Settle Above the All-Time High by 2021? 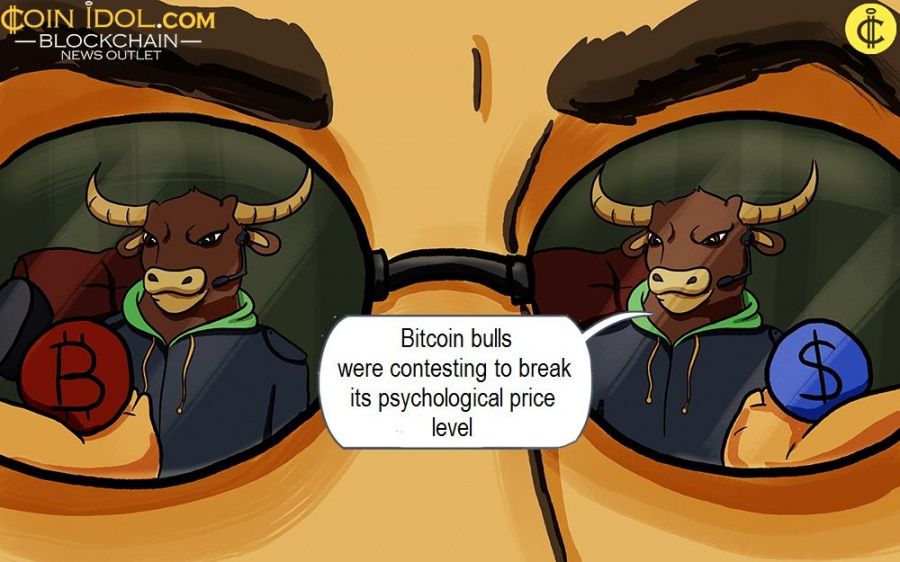 In the first half of the year, Bitcoin bulls were contesting to break the psychological price level of $10,000. In January, buyers retested the $10,000 to breach it but were resisted in February.

The selling pressure extended to March. Sellers took the advantage to crash Bitcoin on March 12, to as low as $4,000. That day, March 12, 2020, was called Bitcoin “Black Thursday”.

According to reports, Bitcoin traders and investors were gripped with fear as there was panic selling and stop losses were being hit. The symbolic aspect of it was that the “Black Thursday” happened after the $10,000 resistance was retested. Bitcoin dropped more than 50% but it rebounded later. Following a successful rebound, the king coin resumed an upside momentum up till July. In July, the Psychological price level of $10,000 was broken. The bullish momentum was sustained. Bitcoin has rallied above $18,000 at the time of writing. 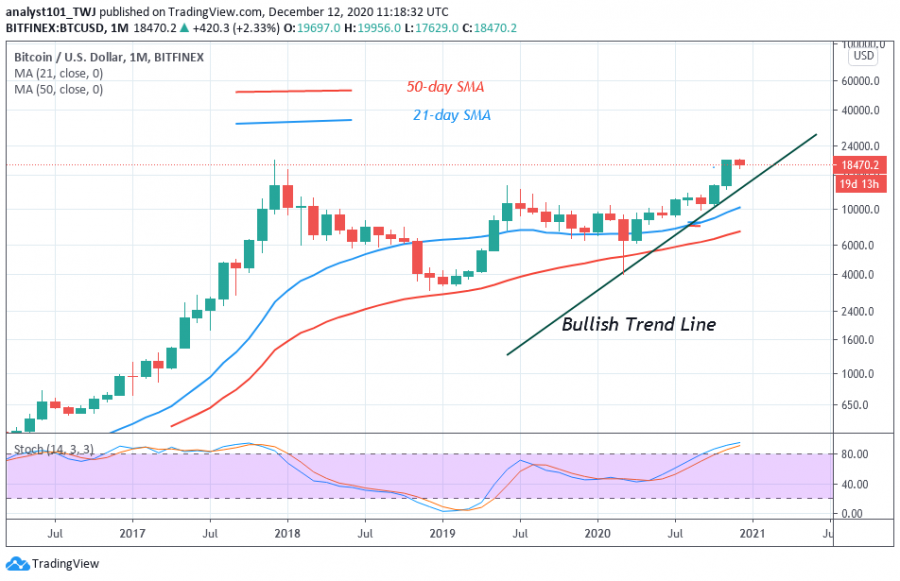 Bitcoin is at level 75 of the Relative Strength Index period 14. The coin is trading in the overbought region of the market. Sellers have emerged in the overbought region to push the price down. It is unlikely if the psychological price level will be broken. The $20,000 resistance has not been broken since 2017. Besides, BTC is weak at the time of writing. However, in 2021, the BTC price will rally above the recent high. 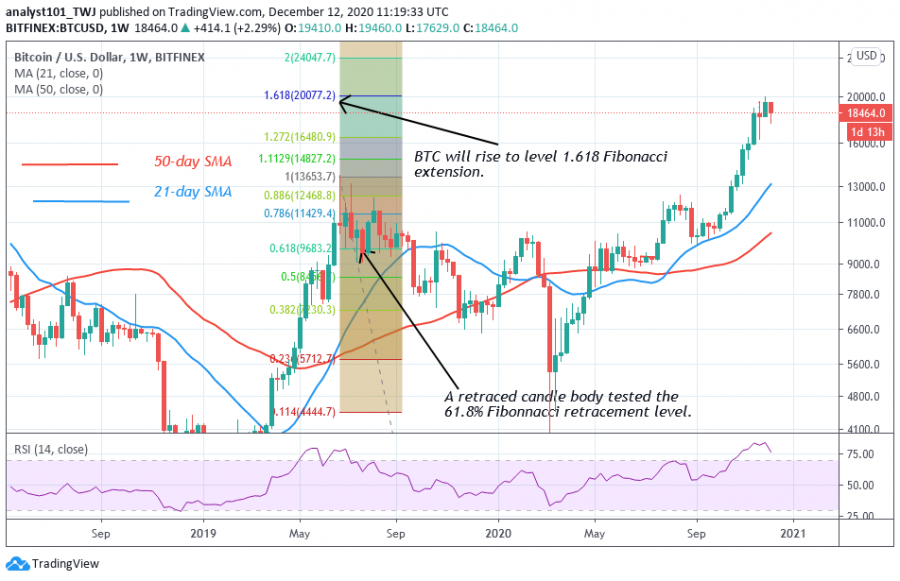 Bitcoin bulls broke the psychological price level of $10,000 but may not break the $20000 price level. This is because the rise of the U.S dollar is affecting the BTC price movement. The Fibonacci tool indicated a retest of the $20,000 overhead resistance but the resistance level has not been broken convincingly.

Tags
Bitcoin Forecast Value Price Trading Analytics Investing
Most Popular
Jan 15, 2021 at 14:11
News
US Domestic Extremists Receive Bitcoin Donations: Does Someone Want to Bring the Country Down?
Jan 15, 2021 at 13:23
News
Bitcoin Cash Declines, May Resume Range-Bound Movement between $430 and $540
Jan 15, 2021 at 12:15
News
Litecoin Recovers but Struggles to Break the Resistance at $156 High
Jan 14, 2021 at 15:28
News
5 Vulnerabilities of the Cryptocurrency Market Used by Scammers to Trick People
Jan 14, 2021 at 14:38
News
Ethereum Struggles to Break the $1,150 Resistance, Uptrend Resumption Is Likely
More