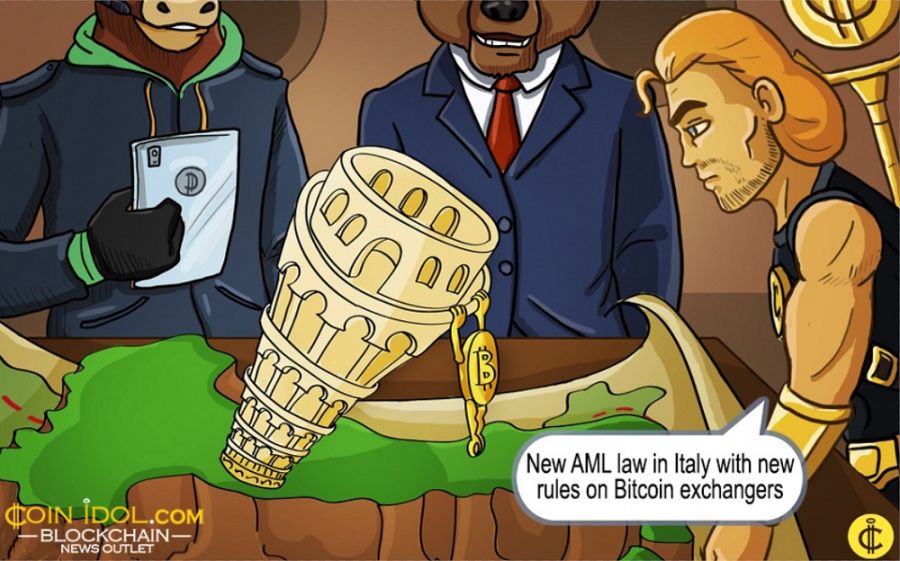 The European Parliament has not yet approved the modification of AML4 with provisions regarding virtual currency (which will probably occur after discussion in plenary in late October 2017) but Italy anticipates some provisions, including Exchanger as an obliged entity for AML purposes.

The Italian Minister of Economy called for discussion over the draft of this proposed legislation in early December and obtained the opinion of Parliament.

The new rules concerning virtual currencies are included in several articles of the law as well as  the introduction of a specific registry for Virtual Currency Exchange.

ff)  Virtual service provider: Any natural or legal person providing professional services  to third parties for the use, the exchange, the storage related of virtual currencies and for the conversion from or in currencies having legal tender;

qq) virtual currency: digital representation of value that is neither issued by a central bank or a public authority, nor attached to a legally established fiat currency which can be used as a means of exchange for the purchase of goods and services and transferred , stored and traded electronically.

Article 5 of the legislative decree 231/2007 (as substituted by Legislative Decree n. 90/2017) enacts the AML obliged entities, which are divided into five categories. The  category of Non Financial Operators (art. 5.5) rules:

The new AML law - legislative decree 231/2007 (as substituted by Legislative Decree n. 90/2017) - defines a Virtual Service Provider and Virtual Currency then limits the obligation to only the Exchangers, even if the definition is broader than the European Proposal, because the Italian implementation misses the term “primarily”.

In any case, the two definitions (Exchanger and the Virtual Currency) are similar to that in the text of the Proposal of European Commission COM (2016) 450:

Virtual Currencies:  (18)  "virtual currencies" means a digital representation of value that is neither issued by a central bank or a public authority, nor attached to a legally established fiat currency, which does not possess a legal status of currency or money, but is accepted by natural or legal persons, as a means of exchange, and possibly also for other purposes, and which can be transferred, stored or traded electronically.

The amended text of the Proposal of European Commission COM (2016) 450 requires a license or an authorization for the obliged entity, proposing the replacing of art. 47 of the Directive (UE) 2015/849.

The new law integrates the actual legislation on Money Exchange, by introducing a new agent: the Virtual Money Exchange. ( legislative decree 13th  August 2010, n. 141, art. 17-bis) through Art. 8 of the D.Lgs. 90/2017 that introduces two new commas in the law of Money Exchange:

"8 bis. The provisions of this Article shall also apply to service providers engaged  to the use of virtual currency as defined in Article 1 (2) (ff) of Legislative Decree no. 231, and subsequent modifications, pursuant to this provision, to the inclusion in a special section of the register referred to in paragraph 1.

8-ter. To efficiently populate the special section of paragraph 8-bis, the decree of the Minister of Economy and Finance sets out the modalities and the timing in which of the virtual service providers shall communicate to the Ministry of Economy and Finance their operations in the national territory. Communication is an essential condition for the legal activity of the aforementioned providers. The decree referred to in this paragraph establishes forms of co-operation between the Ministry of the Economy and Finance and the police forces, which may prohibit the provision of virtual service providers who do not comply with the obligation of the communication. "

Italy is the very first European state that is introducing rules on the Exchanger with as innovative a position as Virtual Money Exchange. This takes into consideration the aim of the Anti-money laundering rules. The Ministry of Economy will implement these new provisions. 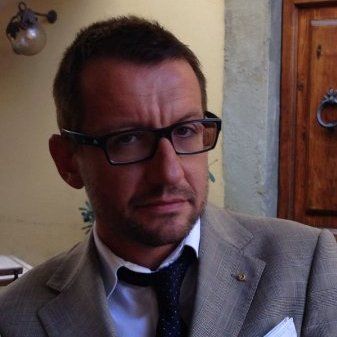 Stefano Capaccioli, CPA, auditor and tax litigator in Arezzo, Tuscany, Italy, is involved in bitcoin and cryptocurrency study since 2013.

Legal scholar and assistant in law at Milan University, wrote a book about legal analysis of bitcoin and a dozen of articles on this subject.

Founder and President of the Italian association that represents business involved in bitcoin and Blockchain ( assob.it), founder of a network of consultant COINLEX