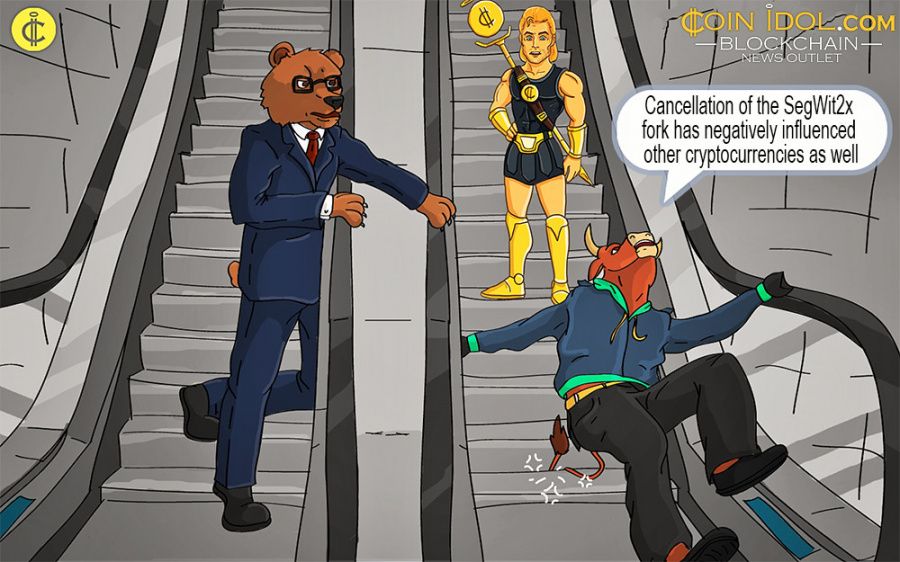 Despite the opinion that altcoin prices will pump with the downfall of Bitcoin, it seems cancellation of the SegWit2x fork has negatively influenced other cryptocurrencies as well.

However, most experts still think the price tendency for altcoins will be opposite to that of Bitcoin. John MacPherson, a cryptocurrency expert, Anti-Fraud and Compliance Manager at Wall of Coins, a peer-to-peer market for buying and selling Bitcoin, stated to Coinidol:

“I think the slaughter on alts will remain as long as bitcoin is pumping because unless a comparable amount of money is dumped into an alt, the price rise in bitcoin will continue to drop the price of alts. When and if that bitcoin correction does happen, I believe alt season will open up again.”

At the beginning and the middle of the week, we have indeed seen some increase in prices for most altcoins, however now it seems that they are becoming cheaper just like BTC. By weekend Ethereum’s price has decreased to $302.18. However, on Monday, November 13, Ethereum’s price managed to rise to $315.

For one Litecoin today a trader will have to give away $60.24. Its decrease percentage since last week is one of the most significant at -5.40%. The price of Dash is rising again - $407 on Monday, November 13.

As opposed to the most other altcoins whose prices have fallen, Bitcoin Cash’s price has grown by 33.41% on weekend, which is quite a significant rise. It reached all time maximum of $2446 on November 12. Now the panic seems to be over and BTH's price is facing corrections. Bitcoin Cash's price today mover around $1257 for one BCH. 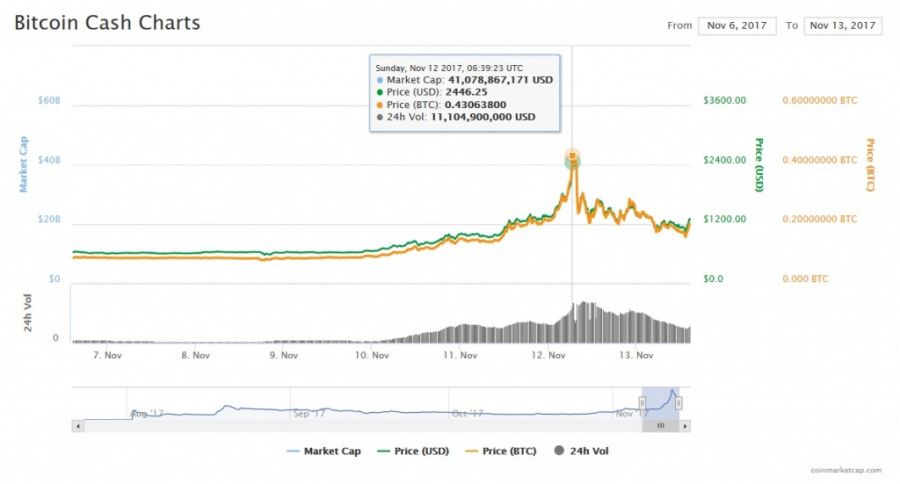 The reason for this is probably due to the opinion of some supporters of the fork that the original Bitcoin blockchain will still have scalability problems while the Bitcoin Cash blockchain provides more functionality.Tom Zander, Release Manager of Bitcoin Classic, “in, at most, 6 months I'm sure we'll just drop the "Cash" and call it Bitcoin.”

Besides, the Bitcoin “spin-off” has acquired powerful supporters such as Roger Ver who also expresses major support for Bitcoin Cash. He stated at a bitcoin meetup last night in Santa Monica, California: