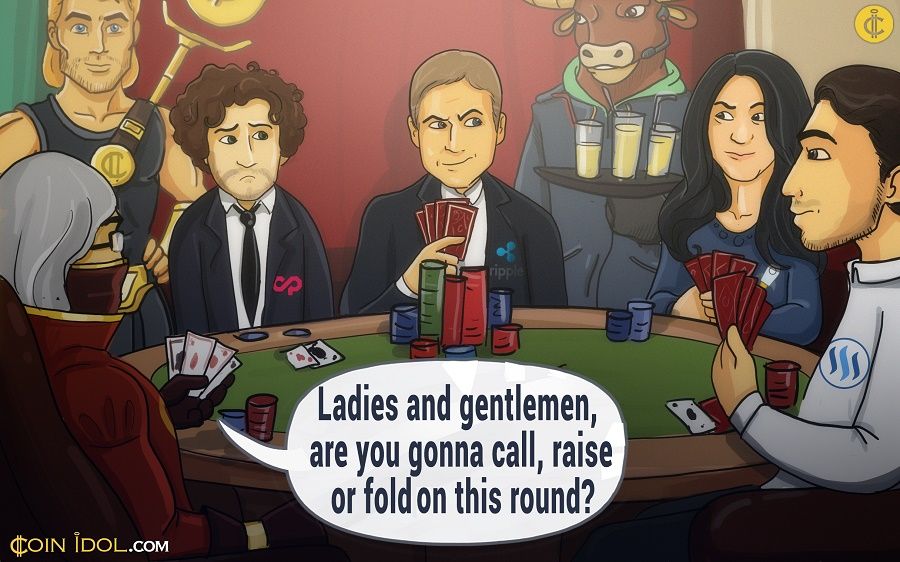 Ripple rips through the chart this week from below 900 Satoshis to over 1600 Satoshis, a more than 70% gain in a single day. The sudden rise in the token follows the news that Ripple Labs has raised in a Series B funding round $55 million from several big name investors including: Accenture Ventures, SBI Holdings,SCB Digital Ventures, Standard Chartered PLC, and the investment arm of Thailand’s Siam Commercial Bank, Banco Santander SA venture fund, the venture arms of CME Group Inc, Seagate Technology, and Venture 51. 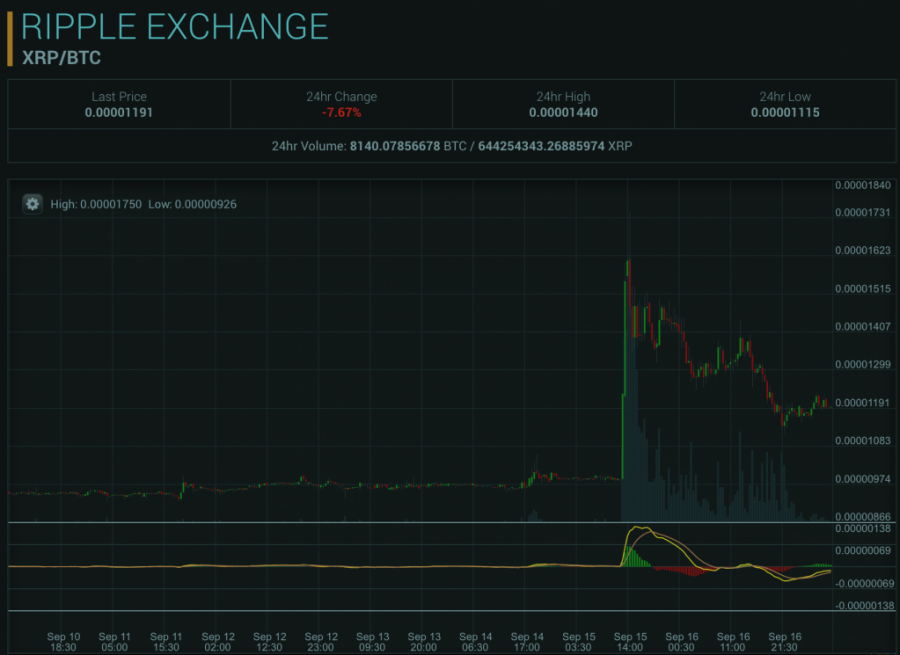 “Following the sudden increase, the token has pared back gains significantly almost to the point of origin. Many traders have been accumulating XRP in anticipation of a pump and they got it. Hence profit taking has caused the token to sell off,” comments Daniel Dabek, Founder and Architect of Safe Exchange.

Stellar (STR), Ripple’s antagonist, also rallies, increasing from approximately 300 Satoshis to 400 Satoshis, a rise of nearly 30%. There have been no indications for the rise in Stellar (STR), and it could simply be following the price of Ripple which implements a very similar technology stack. 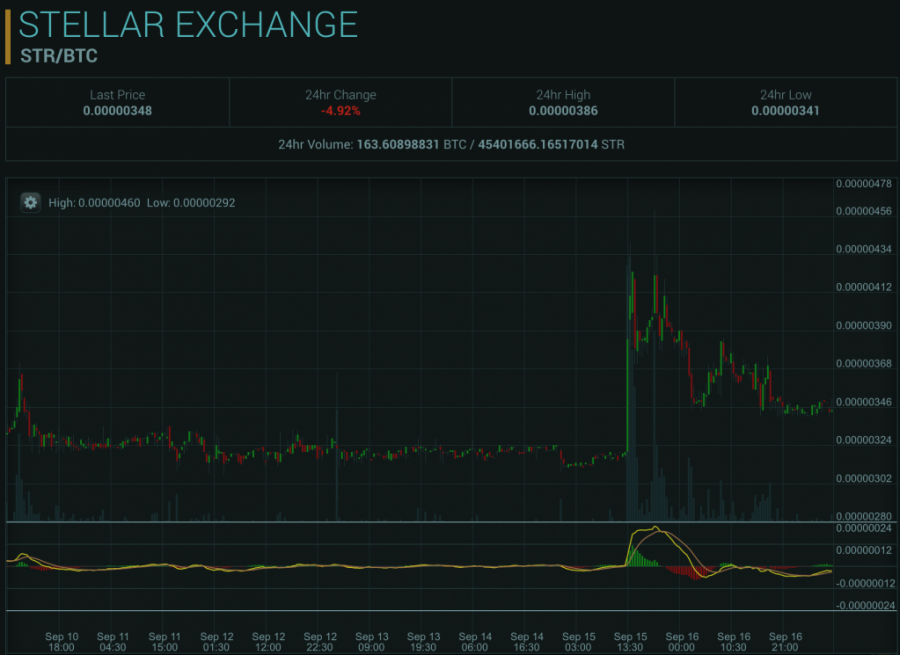 Stellar was developed by Ripple founder Jed McCaleb, who left Ripple and reimplemented Stellar with his vision of optimizations. His decision to leave Ripple (XRP) also followed a huge controversy because he holds 9 billion XRP tokens and since his announcement could have been the direct influence on the decline in the Ripple (XRP) price.

Steem continues its decline starting from a significant rally. The coin is trading at 0.00085 steem/btc, coming down from heights of 0.0066 steem/btc, an 87% decline. There are no indications of future development from the group. 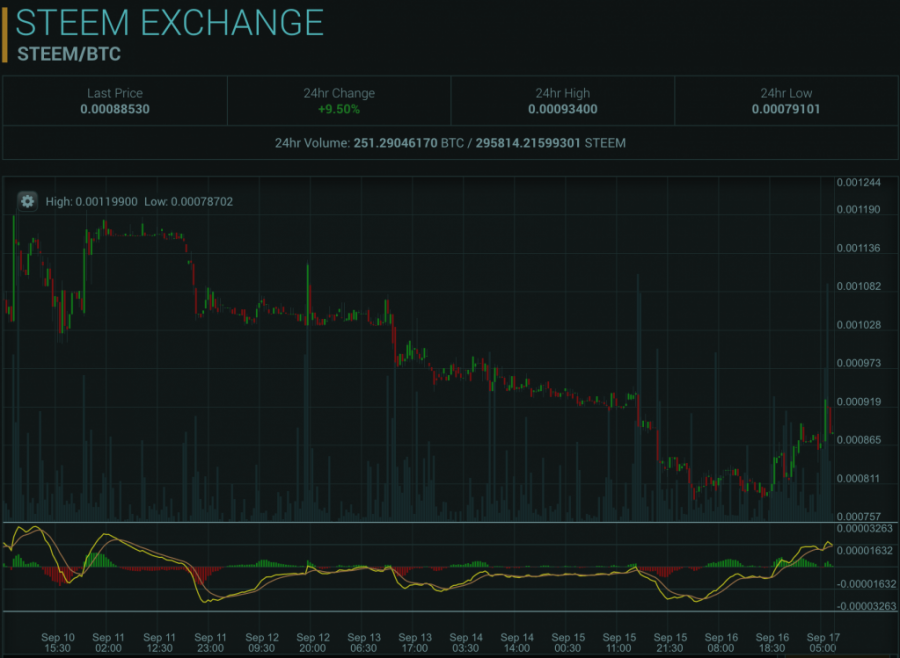 Counterparty, a Bitcoin Blockchain based technology stack that allows users to embed cryptographic materials into the existing Bitcoin network, sees its token rise significantly this week. It is realizing gains of nearly 80% this week and holding steady at that position. Projects are consistently emerging utilizing the token and its platform. 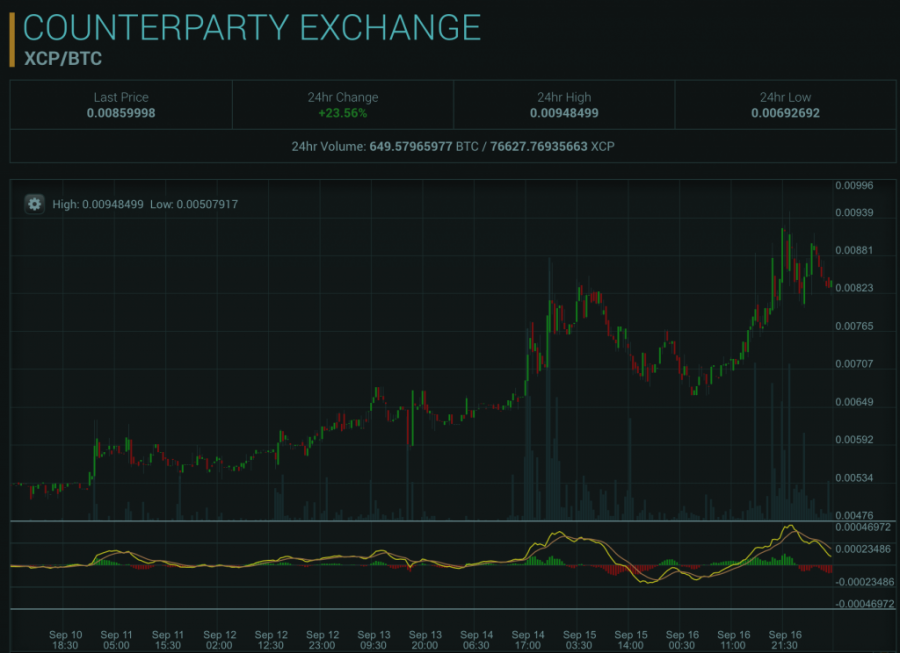 Bitcoin’s price is holding steady just above $600.00, and is maintaining the price level despite a sharp decline from $630.00 earlier in the week. 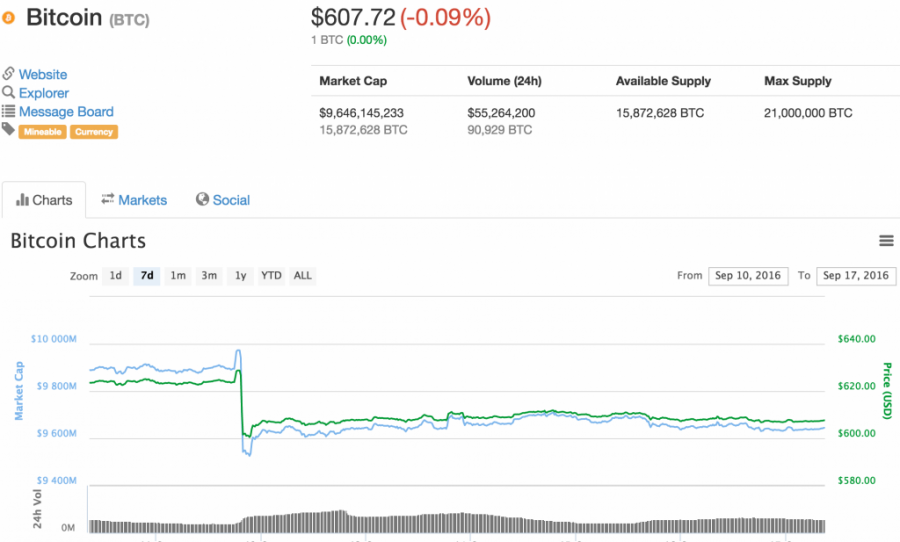 “Looks pretty healthy to me, although this could be a trend break, losing momentum. I think a $560 test or prolonged sideways. Segwit is supposedly almost finished so that will probably paint the chart.”