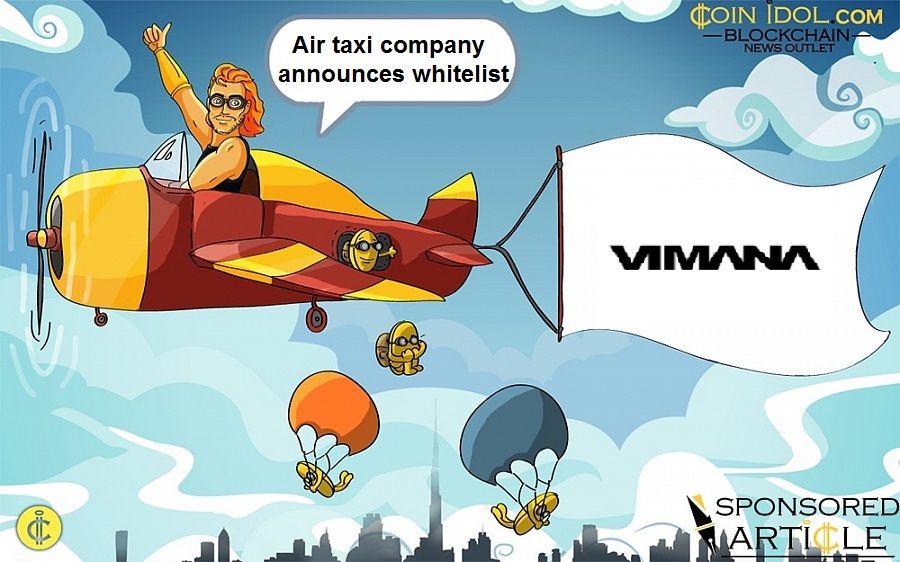 The maker of a blockchain-enabled air taxi system, VIMANA Global has closed its angel round and launched a private pre-sale whitelist, the first stage of the looming Token Generation Event (TGE).

VIMANA Global plans to use its air taxis as the first installation of Blockchain Airspace. The company envisions that the very blockchain that makes its taxis fly will one day support applications that will find its audience 6,000 feet above ground. 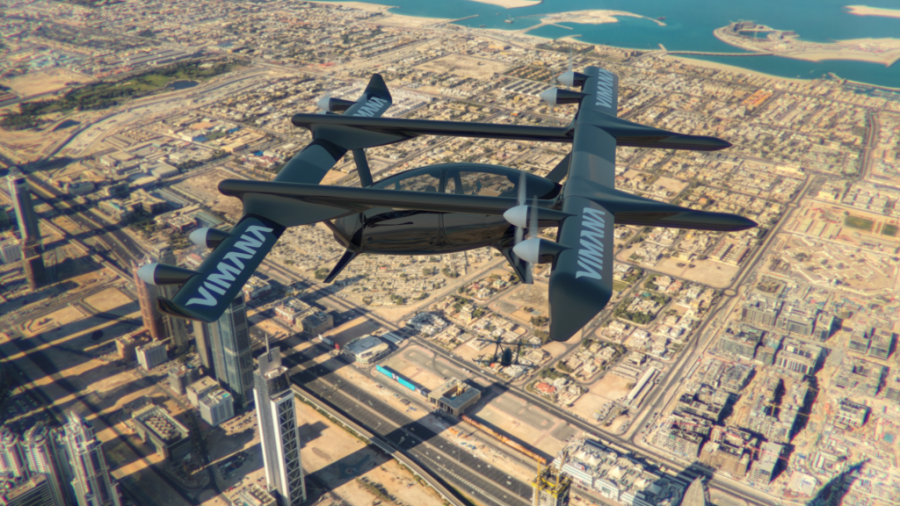 VIMANA Global owns technology that uses blockchain to operate unmanned aerial vehicles that would be used as taxis and delivery solutions in urban areas. VIMANA Global plans to sell both blockchain-based systems to operate third party UAVs and its own Vertical Take Off And Landing (VTOL) autonomous areal vehicles (AAVs). VIMANA’s AAV VTOL vehicles are based on a patent-pending invention; that is supposed to combine the capabilities of a helicopter, an airplane, and a drone in a single platform. VIMANA is one of a handful aerospace companies that have a flying AAV VTOL prototype; built for urban use as an air taxi, air limo, delivery vehicle, or cargo hauler.

VIMANA plans to use blockchain technology to operate its AAV VTOL vehicles and other aircraft. To launch an end-to-end blockchain based aerospace solution VIMANA initiated the sale of the VAIR Token. Token holders will be able to use Blockchain Airspace and get access to VIMANA AAVs using the token.

The VAIR Token Generation Event is expected to occur in early 2018. VIMANA is preparing a white list of qualified buyers that will be given the chance to buy VAIR before the TGE as part of a private pre-sale. 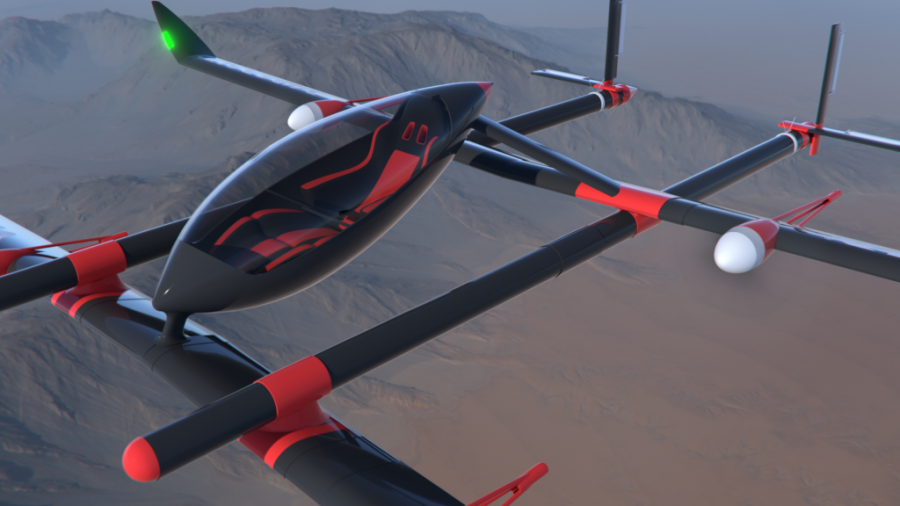 “Following the success of our angel round, we are excited to formally welcome white list token buyers to VIMANA,” CEO and cofounder Evgeny Borisov said. VIMANA was able to raise an undisclosed amount from angel investors in 2017.

The proceeds of the TGE will be used to implement Blockchain Airspace and VTOL AAV in several markets. VIMANA has Smart Cities in its sights as first potential customers. These deployments will be the backbone of VIMANA’s proposed Smart City Blockchain Airspace network that is intended to make local air travel available to everybody. 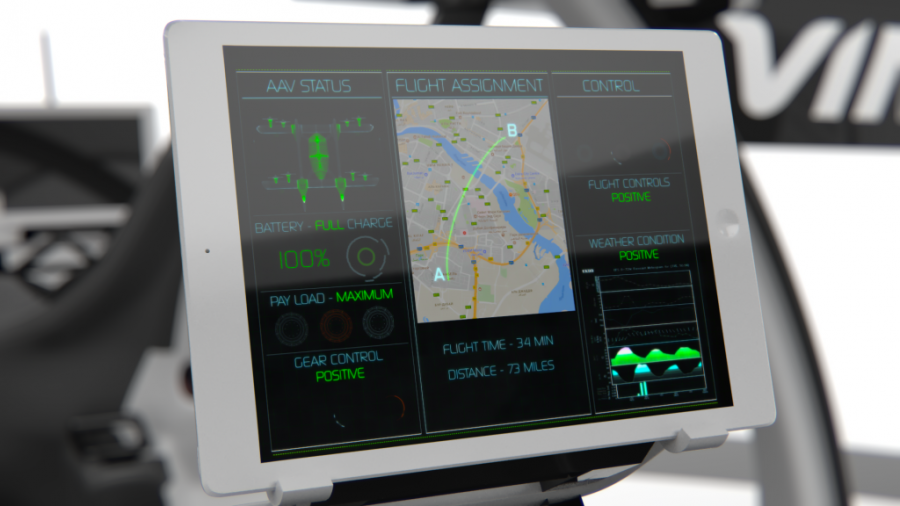 The next step will be to license a “Smart City” where the VTOL AAV and Blockchain Airspace solution will be tested. VIMANA is in negotiation with five potential Smart Cities, and hopes to announce the first Smart City strategic agreement in 2018.

The plan is to account for individual Smart City requirements when launching AAV manufacturing while putting Smart City managers into the driver’s seat when it comes to provisioning and running the blockchain-based operating system for the air taxi network. VIMANA’s long-term plans extend far beyond the Smart City concept.

“While VIMANA’s story will start with individual Smart City deployments, eventually we are hoping to scale VIMANA Network, production of VIMANA AAVs and consequently Blockchain Airspace to over 100 smart cities around the world, linking their airspace via VAIR-token enabled Blockchain Airspace,” Borisov revealed. 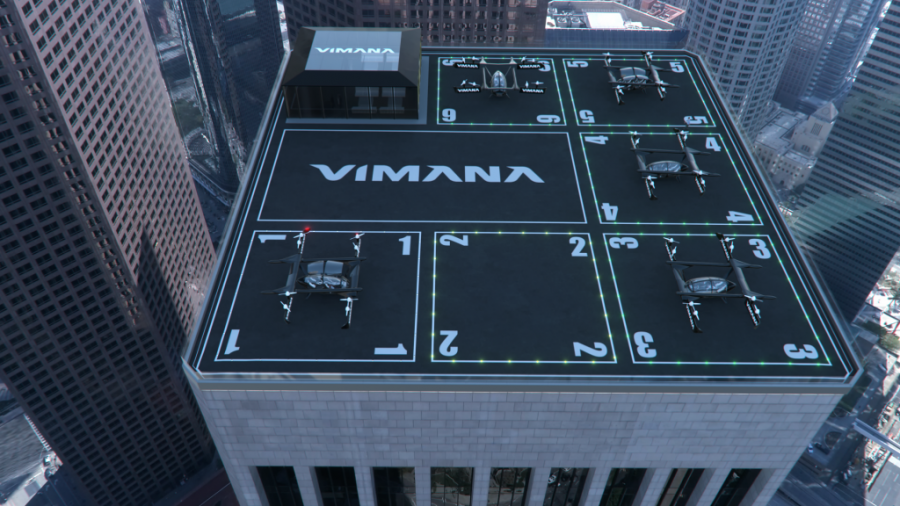 It includes VIMANA Network; a flagship product consisting of blockchain nodes, VIMANA AAVs, and VIMANA protocols enabling the network and connecting it to public blockchain. VIMANA Network is accessible to partners and third parties via open APIs.

The first instance of Blockchain Airspace will be enabled as part of VIMANA’s commercial deployments in Urban Air Mobility markets. To this end a team of aerospace engineers led by CEO Evgeny Borisov is developing one- and four-seater VTOL AAVs, intended as passenger transport. 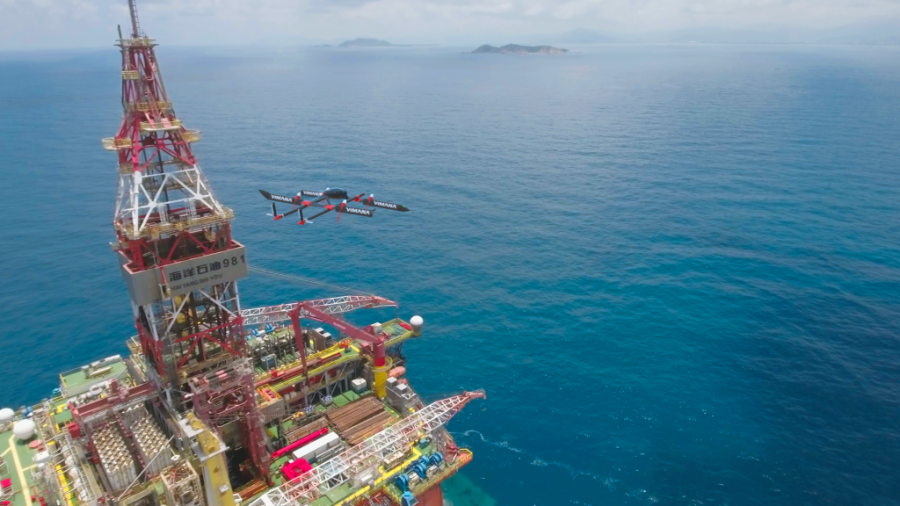