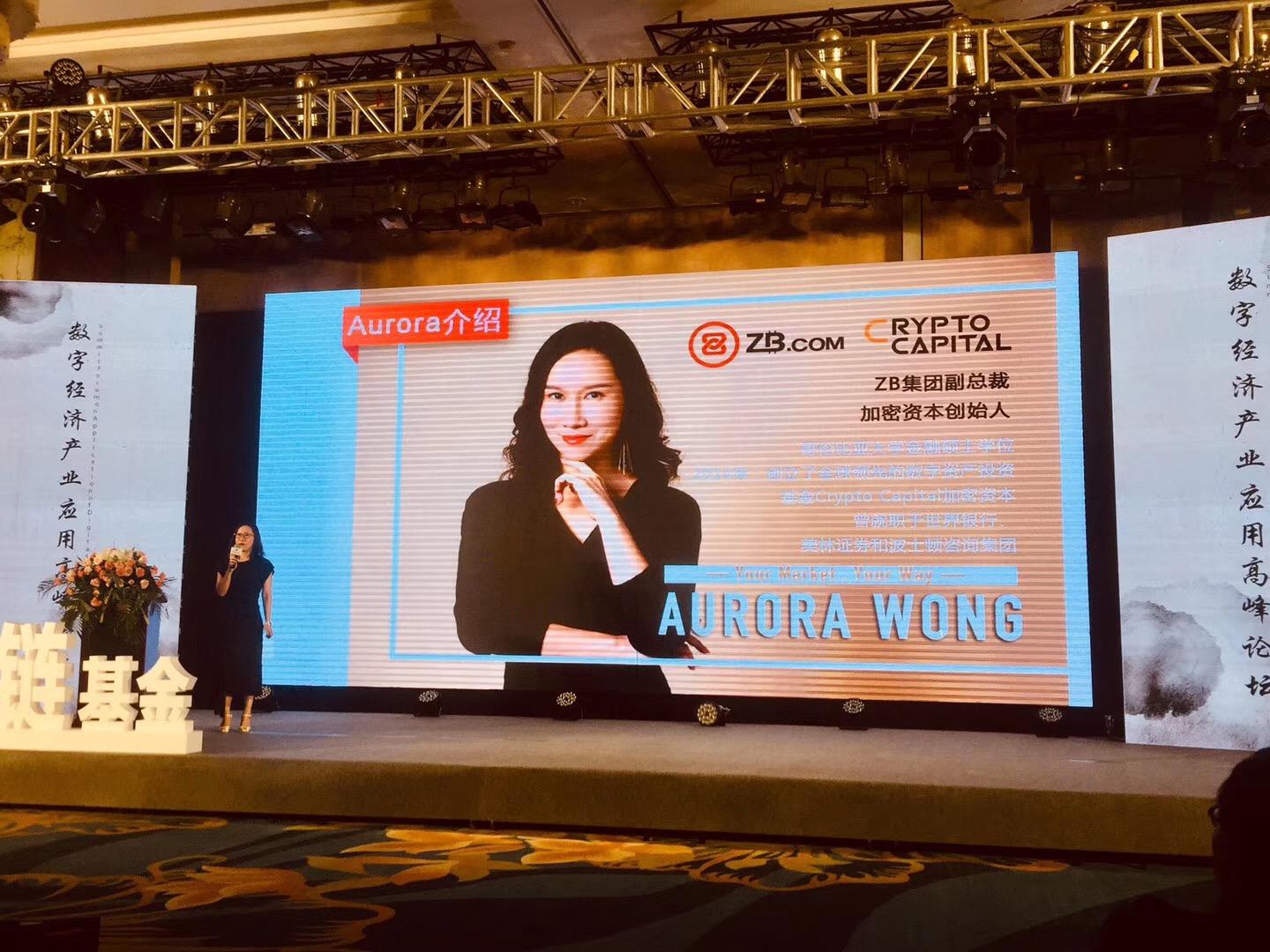 “Nowadays, consumer’s Internet market is saturated. In the other hand, industrial Internet has become increasingly popular since last year. Giants such as BAT have been laying out industrial Internet solutions to keep their strong position in the digital economy era," stated ZB Group’s Vice President.

As an example, Ms. Wong mentioned the Chinese internet giant ‘Tencent Holdings’ which has teamed up with the Shenzhen branch of the State Administration of Taxation to develop a Blockchain-based digital invoice solution, which is designed to protect the authenticity of invoices by tracking the process of issuance and circulation.

“This is an important case of industrial Internet application. It reduces the costs of invoicing significantly,” said Ms. Wong.

The Vice President continued to highlight the importance of the Blockchain technology in the development of the industrial Internet in the field of digital economy, affirming that it is a very important weapon for the industrial entity.

“I think there may be three aspects or three levels of industrial entity that can be supported by Blockchain technology: Distributed Data Collaboration, 5G High Speed Data Transmission and Financial Payments. These aspects are the key to the transformation of the industrial Internet,” highlighted the Vice President.

On Distributed Data Collaboration, Ms. Wong mentioned that in the past it was difficult for enterprises to share their own data even if it could be performed through their system’s interface and that the Blockchain is a much better way for companies to share business data while sharing industrial data. Ms. Wong took the medical field as an example:

“Through traditional methods, a patient diagnostic and treatment are determined by the doctor only after a slow observation, thorough examination of symptoms and strict pathological tests. However, if the patient had an extensive database of his health history registered in a digital form, it would be possible to find the cause of a symptom and determine the treatment plan through AI training and algorithm modeling in a much faster fashion. In addition, the patient's diagnostic and treatment plan data would be available to different entities, such as community hospitals, CDCs, clinics pharmacies, etc.,” stated the Vice President.

During the forum, Ms. Wong took also a closer look into the 5G High Speed Data Transmission, the 5th generation of mobile communication system. She said that in the era of industrial Internet, the interconnection of all things is a basic feature. 5G has faster wireless transmission speeds, lower latency, and more device connectivity capacity than the current 4G technology. Ms. Wong paralleled 5G and Blockchain technology as being the two most important tracks to the future of industrial economy. While 5G is the infrastructure of the future network, the Blockchain is a new framework for business development. 5G and blockchain can be mutually empowered.

“We have a variety of devices that need internet, but how to ensure that the data can be synchronized among all devices safely? The Blockchain technology aims to break the current transaction model of trusting endorsements of central institutions, ensuring the security, accuracy and secrecy of one’s personal data,” stated Ms. Aurora Wong. 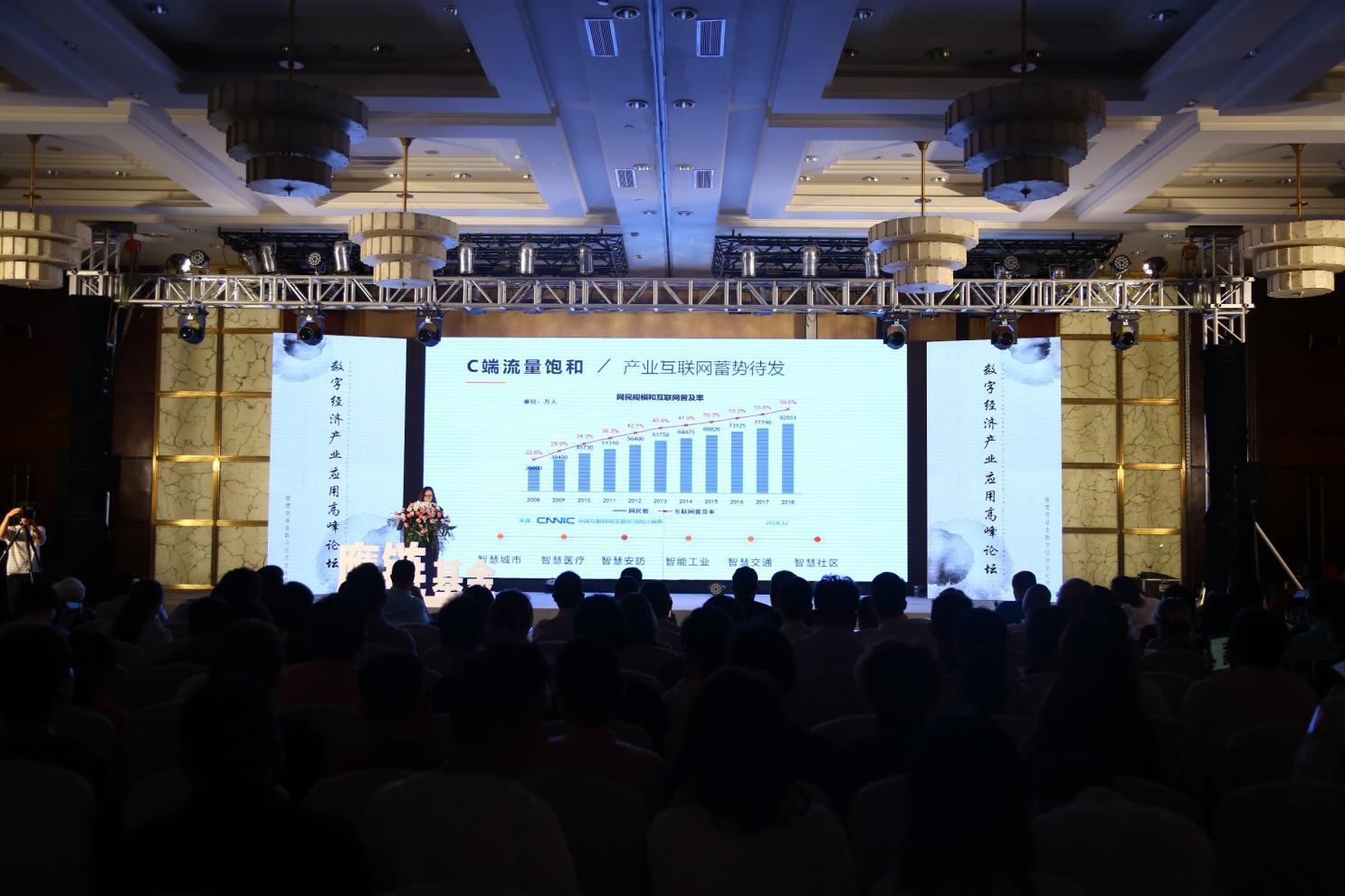 The Vice President of ZB Group concluded her speech by saying that the ideal industrial Internet is not only about production, but it also concerns the whole process of sales, logistics and payment, as the Blockchain was designed for transparency of payments with tamper-resistant features. At present, the payment procedures between enterprises are still complex tasks. Each company must hire special financial staff to take charge of contract signing, payment methods, invoicing, collection, etc. It not only increases operating costs, as well as it increases the chances of making mistakes.

“Efficient and transparent settlements are some of the advantages of Blockchain technology in industrial Internet applications. In view of this, more and more top companies in the traditional industry have begun to enter the Blockchain and cryptocurrency industry.”

Ms. Aurora Wong is the Vice President of ZB Group, which was established in early 2012 and it is one of the world's first traditional enterprises to successfully migrate to the Blockchain industry in its early stages. Its main businesses include trading platforms, public chains, DApps and digital wallets. ZB Group currently has operating teams in the United States, Canada, South Korea, Singapore, Hong Kong, Switzerland and Dubai. At present, the main ZB Group exchanges’ trading volume rank amongst the top ten in the world. Some of the group’s operations have also gradually expanded from trading platforms to e-wallets, investment funds and research institutions.

ZB.com provides powerful trading tools such as OTC, C2C, Margin Trading to users around the world. The number of ZB registered users have exceeded 3 million among five trading zones: QC, BTC, ZB, USDT and PAX. ZB Exchange (ZB.com) , ZB Group’s flagship exchange, has listed more than 80 tokens and offers 218 trading pairs, with an average daily trading volume of about US$3 billion. As the world's leading digital asset trading platform, ZB Exchange has a wealth of experience in blockchain finance. Since its launch in 2013, the security and exclusivity of the platform has also been a key factor in attracting worldwide users. ZB.com is exploring and contributing to the development of the new economy.

Tags
Press release PR Investment Market Internet China Blockchain Payments
Most Popular
Aug 24, 2019 at 12:20
News
TradeSanta : Enhancement the Automatic Trading in Cryptocurrencies
Sep 03, 2019 at 13:36
News
Paycent Gears Up For the Biggest Trading Contest in the History of Crypto: Live September 3-rd on Binance DEX
Nov 21, 2019 at 09:10
News
Metaverse DNA To Leverage The Community For Its Blockchain Network Governance
Apr 16, 2019 at 12:05
News
A New Era of Public Chain: Ultrain Launches its Mainnet
Jan 13, 2019 at 12:53
News
ICOBox Founder to Make His Company the Leader of the Emerging Security Token Market
×