Will Ethereum Surge By 700% from Current Value by Next Year? 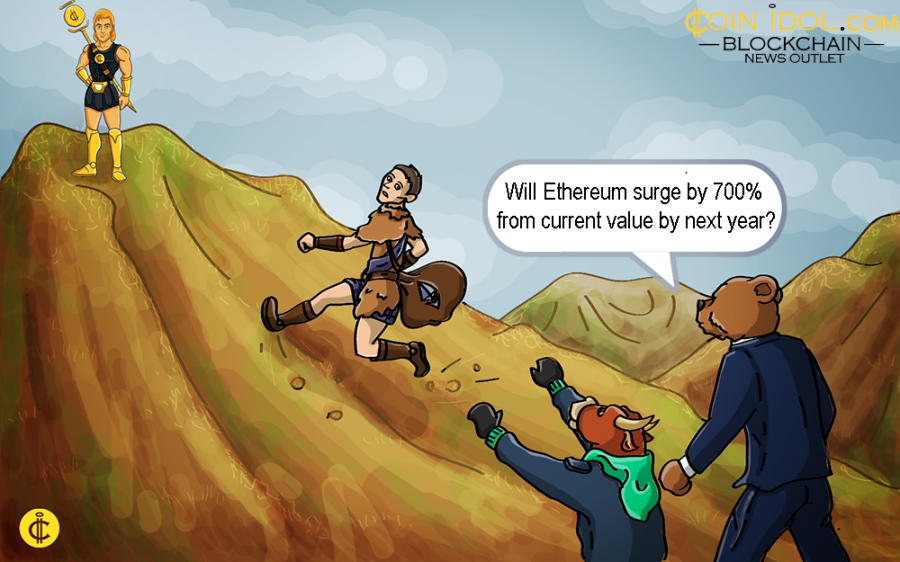 The recent inrush in the price of Ripple (XRP), which is the native digital currency of Ripple Lab Inc, has set it to pass Ethereum (ETH) by a factor or two in market capitalisation in September although the rank didn't live long as per data on CoinMarketCap.

In August, ETH had always kept its position as the digital currency with the second top market capitalisation immediately after Bitcoin (BTC).

ETH in a Dead Route

On January 13 this year, ETH was able to register the all-time top value of $1,349 but its price has been plunging since then although it struggled to be a giant in the second quarter (Q2) of 2018. Its price at the time of press is south of $235.

Several investors believe that ETH is passing through difficulties as it's price has been facing much bearish trend highly following price structure of BTC.

Albeit, Tom Lee, the head of research at Fundstrat, is optimistic that ETH is nearly seeing a movement reversal and to rally heavily.

Among the reasons for his stance is the over-hyped feeling against ETH market will observe it rally back sooner or later. This is due to the fact that he had scanned into the history of the coin that was rolled out not more than four years back and discovered that at the moments when ETH, "underperformed peers by two standard deviations," it's own price accordingly faced a significant reversal.