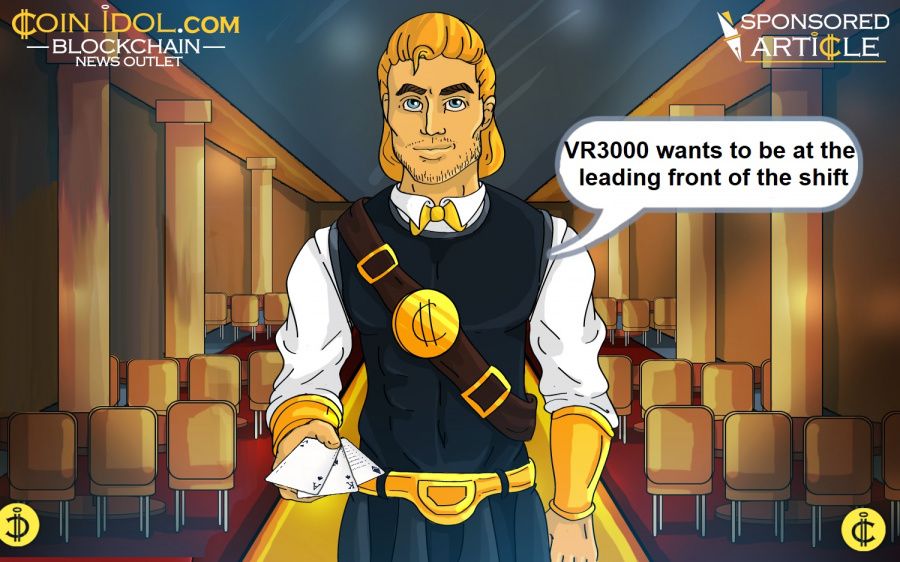 Online Gaming is growing in leaps and bounds. According to Juniper Research, this industry is worth close to USD 100 Billion with Bullish trends expected that should place it at USD 130 Billion by 2020.

Game Changer: The Future of Gaming

If you are an active gamer, you probably know that VR/AR is the future of gaming. This concept of gaming presents a shift in the way games are enjoyed. VR3000 wants to be at the leading front of this shift. The company has created a platform where gamers can wager on online games with each other in a decentralized manner. The platform does this by using its token (VRBTC) and traditional gaming to create a totally immersive gaming experience for adult gamers.

The platform will also be used for organizing e-sports gaming competitions where gamers from different geographic regions can compete with each other for coin. This should further drive growth of the sports industry.

Apart from this, the company will be actively involved in the design of new games within the eSports industry. It has a team of developers and designers and plans are underway to launch some top sporting events in the near future.

To achieve all of this, the site works with renowned advisors, prominent game developers and designers. The company boasts of Larry Stevens, a former NFL player, as one of the members in the advisory board. Indeed, presence of such a key personality within its team shows that it plans to make its mark on the e-sports industry.

The platform has just completed a successful pre-sale where they managed to beat their target of USD 2 Million and achieve a soft cap of USD 2.4 Million within 10 days.

While giving a briefing after the successful Pre-sale, the CEO 0f VR3000, Dexter Andrews, had this to say, “We are grateful to the contributors who have expressed their support to our platform. This goes to show that VR/AR is the future of gaming and we are aligning ourselves to be at the forefront in this industry.”

After the successful Pre Sale, the company has set its eyes on the main ICO that is set to launch on the 17th of November and last till the 17th of December. It intends to raise a hard cap of USD 22 Million.

To contribute and claim your bonus, please visit vr3000games.io