US Court Dismisses Coinbase (BCH) Lawsuit, What Next? 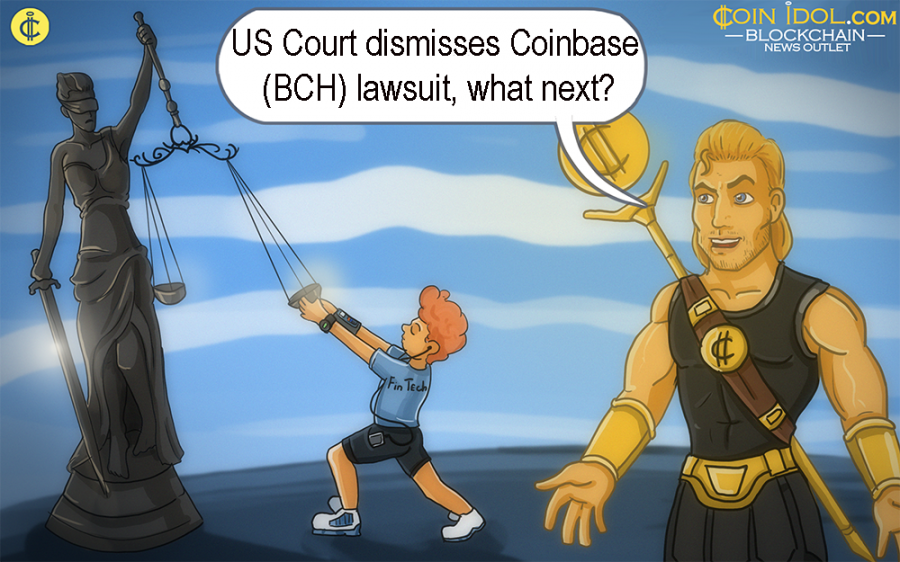 Following the rumour from Ran Neuner, a Crypto Trader Show host at CNBC disclosing its initial public offering, the US-based crypto exchange got some good news in relation to the 2017 allegation over insider trading.

In August 2017, Bitcoin Cash (BCH) formed its legal hard fork from the initial BTC source code. For those investors who store their coins on exchanges like Coinbase, the airdrop of forked cryptos wasn't originally made available. Nevertheless, Coinbase halsened investors that BCH would be fully supported by the crypto exchange by the end of this very year.

This also included cryptos they expected at the period of the fork too. Albeit, Coinbase never mentioned any particular date and time for putting the currency to the crypto exchange for the very reasons of putting fresh currencies.

With the hype surrounding the crypto industry, the high fever that had attacked the crypto markets and a fresh set of investors led BCH listing on the crypto exchange in the end of 2017. Apart from putting the coin in a contained way, one in which the price stayed somewhat stagnant in the hours before the listing, BCH dropped by almost double during the one day before the addition.

As reported by Ethereum World News:

“In an internal review conducted throughout this year and released in July, Coinbase claims that no insider trading occurred during the Bitcoin Cash listing, stating that they found no instances of employees or their acquaintances unfairly benefiting from the news. According to documents published on Oct. 23, U.S. District Judge Vince Chhabria from the Northern District Court of California has agreed with the exchange by throwing out a case accusing the exchange of insider trading.”

On this topic, Jeffrey Berk of Arizona never enunciated fully the rightful grounds for him opinions in the lawsuit. The top judge on this case dispelled the case before having the trial.