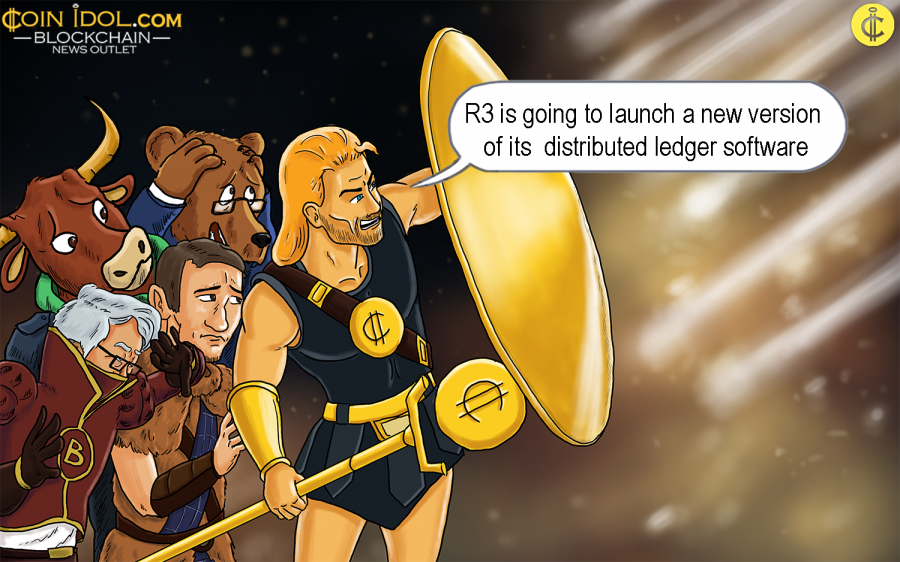 R3 officially announced it is going to launch a new version of its open-source distributed ledger software. The key update will include a built-in application firewall. The fintech tool had been under development for almost three years before it was ready for release.

“To deploy a node inside our own premises and firewalls, we can now get the required approvals from our compliance and risk departments much faster, ensuring the enterprise infrastructure needed is upgraded and maintained much easier due to some of the included features such as the firewall,” Mariana Gomez de la Villa, manager of global distributed ledger technology program at ING, an R3 consortium member, explained.

Being a permissioned blockchain, the Corda Enterprise platform can be accessed only by those who have a private key. It is also expected that the application will help to obtain the bank’s approval for applications powered by Corda.

Moreover, Richard Gendal Brown, CTO at R3, thinks that a new level of security may allow blockchain applications to be set behind the bank's firewall, along with sensitive internal applications, but allowing them to continue an interaction with counterparties in other banks. He added that the firewall system is designed to approve only authorized parties within the network to have an access to the node itself.

The Corda blockchain application firewall allows you to integrate the Corda application with internal applications, while a small, "hardened" part of the node has a permission to "float" to the external "demilitarized" part of the corporate network, to act as the point at which all incoming and outgoing traffic is checked and, if necessary, blocked.

Corda Enterprise and Corda already work with the apps created by their financial market partners such as TradeIX, Finastra, and others.