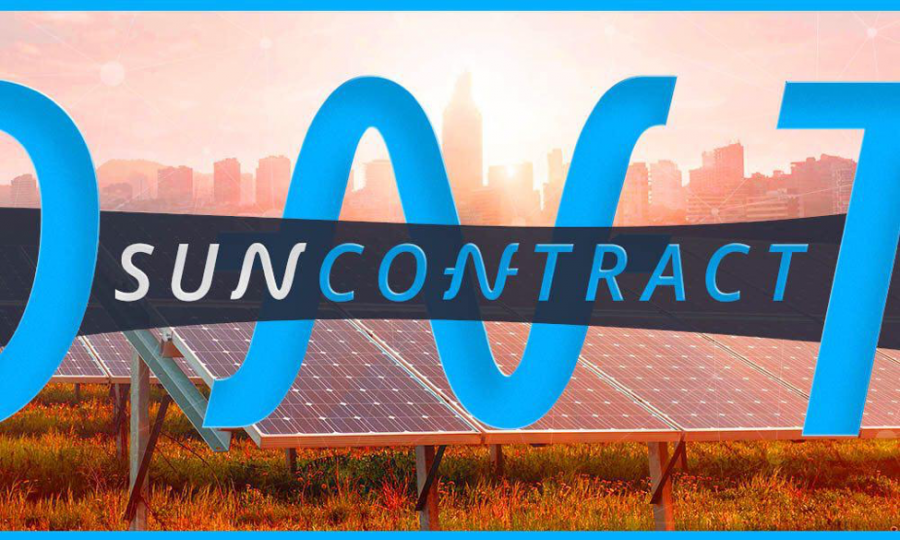 July 25, 2017, Ljubljana, Slovenia – The one of a kind energy trading platform, SunContact is excited to update the status of its ongoing ICO. The platform that implements blockchain technology to enable buying and selling electricity has so far raised over 8000 ETH, totaling roughly over $1.8 million.

With another seven days to go for the completion of ICO campaign, the platform looks forward to meeting the next milestone. SunContract is a renewable energy marketplace created by power specialists and IT professionals. The platform strikes a perfect match between market demands and blockchain capabilities in the power distribution sector. The SunContract Energy Pool is a P2P marketplace where producers of clean energy can sell it directly to customers without any intermediaries as the smart contracts in place automate all the bids.

The exorbitant cost of conventional energy is driven by huge investments in infrastructure and the costs involved in transmission, losses, and taxes. In the recent days, there have been lots of development in the clean energy sector which has led to a significant increase in the production efficiency. At the same time, there are also times when considerable excess energy is produced by these non-conventional power generation units, either owned by individuals or private entities, both big and small. SunContract aims to put this excess energy to use by allowing the producers to sell it in an open P2P market, which can be bought by consumers.

At the same time, the use of blockchain technology in energy market not only helps automate most of the processes but also acts as a tracking and fraud/energy-theft prevention mechanism. The transparency, immutability, and trackability of blockchain based transactions makes it easier to keep an account of energy distribution and usage, without giving room for acts like meter tampering, energy theft and more.

SunContract promotes efficient utilization of clean energy to reduce the carbon footprint by ensuring that there is always someone to pay for the excesses and utilize it efficiently. The project that began in early 2016 already has the entire road map drawn, described in detail in the whitepaper. In order to raise the required capital for development, SunContract has embarked on an ICO campaign. Investors can take part in the initiative by purchasing SNC tokens against ETH payment. These tokens will serve as an instrument of value exchange on the platform, making it apt to refer to them as “Digital Electricity”. Investors will receive 10,000 SNC tokens per every ETH, and with increased volume of energy trading, the value of SNC is bound to rise in the near future.

As SunContract aims to revolutionize the renewable energy market in the European Union, its ICO has already surpassed the first milestone of 5000 ETH. It is now inching towards the completion of the second milestone of 10,000 ETH. Interested investors and cryptocurrency community members can take part in the crowdsale here.

SunContractis the source of this content. This press release is for informational purposes only and should not be viewed as an endorsement by CoinIdol. We take no responsibility and give no guarantees, warranties or representations, implied or otherwise, for the content or accuracy.  Readers should do their own research before investing funds in any company.