Slaughterhouse Has Tried Blockchain Technology As A Regulatory Mechanism 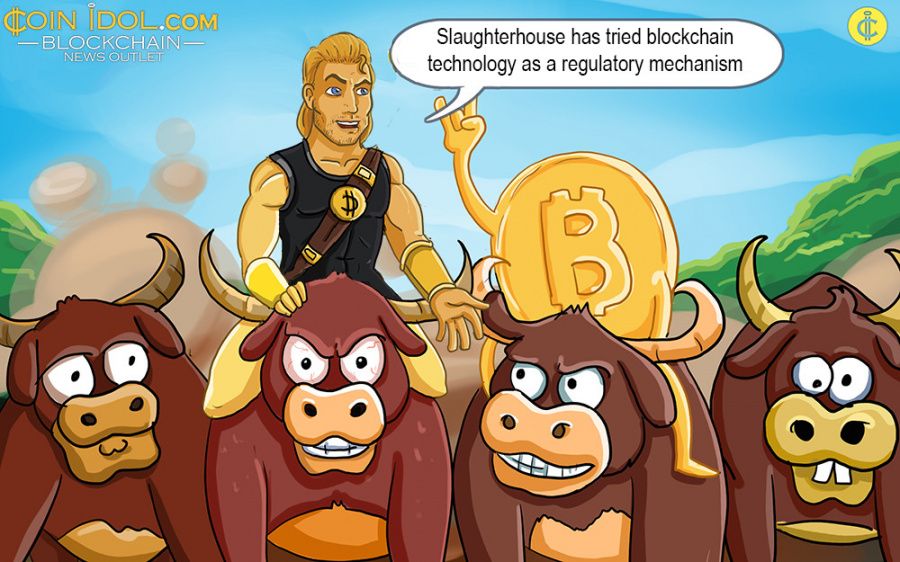 The Food Standards Agency (FSA) has carried out a trial of blockchain implementation in a cattle slaughterhouse that continued lasted two months. It is regarded as the first case of financial technology applied in the food sector.

“We thought that blockchain technology might add real value to a part of the food industry, such as a slaughterhouse, whose work requires a lot of inspection and collation of results,” Sian Thomas, Head of Information Management at FSA, said in a release.

To conduct the pilot, the FSA and the slaughterhouse had obtained an access to the data in the distributed ledger. In July, another pilot is expected to give farmers permission for obtaining data on animals from their farm.

Last year, the FSA established a joint Food and Distributed Ledger Technology (DLT) product group and currently is collaborating with experts on the blockchain from the government, the food industry, the technology industry and academia on the use of this financial technology.

The FSA has been developing its reputation as a kind of government IT pioneer. In April, it released a single source model for managed ICT services and moved to the mixed provision of own services and third-party supplies.

The government said that it had previously spent £3.5 million each year on a single source model for its managed services and another £1 million per year under other contracts and licenses. Currently, priority is given to the use of commodity technologies, the most cost-effective and flexible. It claims to have reduced spending by 40 percent by now.