Simex to Launch Bitcoin Trades in Russia and USA 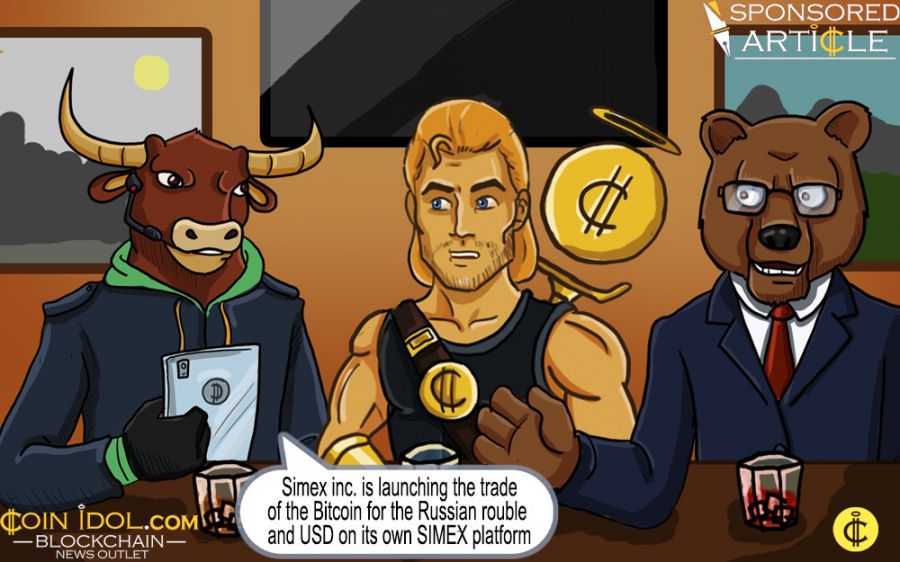 The American corporation Simex inc. founded by a group of Russian developers and US investors is launching the trade of the Bitcoin for the Russian rouble in the territory of Russia and the US dollar in the USA on its own SIMEX platform.

The SIMEX platform is developed in accordance with the KYC and AML standards which allows it to operate practically everywhere in the world. The innovation of linking the internal bitcoin purse created on the SIMEX platform to the personal data of the account holder (individuals or legal entities) discloses a user’s identity and allows the regulator to track transactions of bidders.

The aim set by Simex inc. is to highlight the advantages of the blockchain technology in the investment and finance industry. The platform demonstrates how the digital economy of the future can interact with state institutions of different countries today. To this end SIMEX offers ready solutions on the basis of the existing platform.

As subsequent development steps the corporation is planning the launch of trading on the basis of the Ethereum blockchain as well as the released and to be released tokens on the basis of Ethereum and WAVES. The blockchain technology was first tested by the platform developers in 2016, on the first blockchain hackaton Blockchain School organized with the support of the WAVES platform.

One of the advantages of the platform which is to be realised, is the integration of the ICO organization with the simultaneous possibility of registering a token under the regulation of the US Securities and Exchange Commission, as well its entitlement to professional legal advice that allows the full functioning of the token as an analogue of securities. It is planned to launch automated smart contracts implemented through the device with a simple and user-friendly web interface.