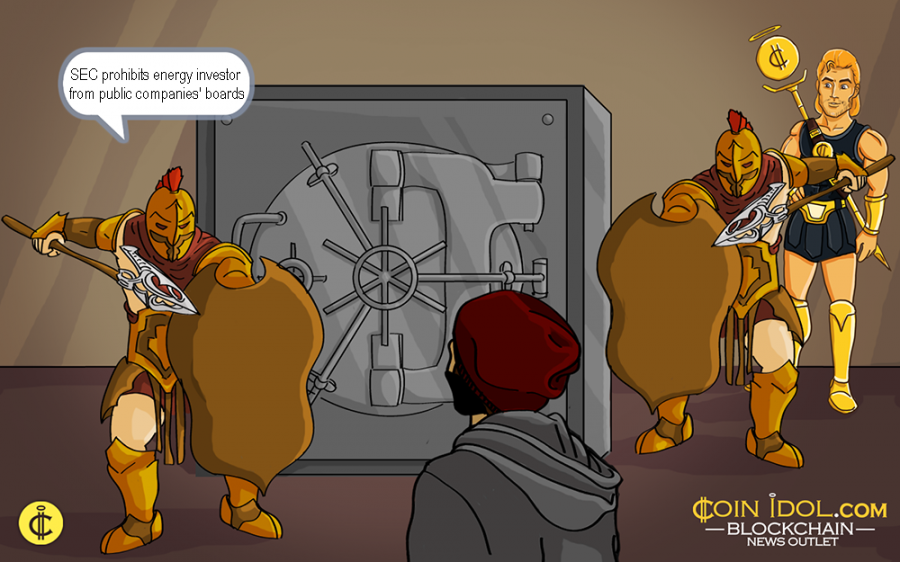 Federal regulators prevented an energy investor from serving on public firms' boards on August 12 after he pushed an Initial Coin Offering that misguided investors.

The Securities and Exchange Commission (SEC) indefinitely barred David T Laurence, who was found guilty in 1993 of mail fraud in a penny stock scheme after he managed to get several investors to buy into his energy exploration firm via an ICO, which exchanges Bitcoin-like tokens for hard cash.

David, 76, hadn't unveiled his criminal past - and he also didn't apprise investors of the major risks that are involved in his oil business Tomahawk, that was meant to delve into Kern County, Calif.

David, who didn't trade any tokens but instead gave some away, was subjected to a fine of $30,000, addedly the lifetime ban from top public firms.

“Investors should be alert to the risk of old-school frauds, like oil and gas schemes, masquerading as innovative blockchain-based ICOs,” Robert Cohen, the SEC’s cyber unit chief, said in a statement.