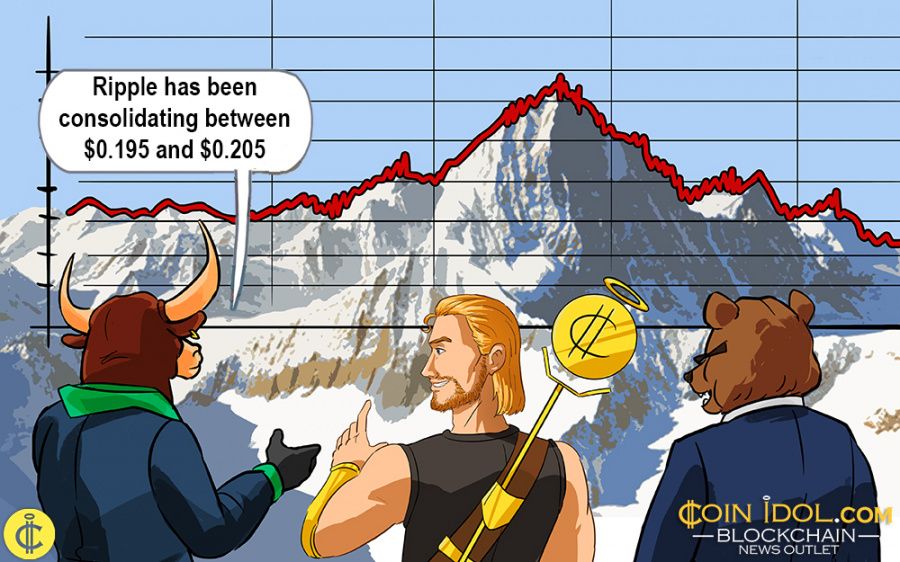 In its current upward movement, Ripple has been consolidating between $0.195 and $0.205 after the bull failed to break the $0.21 resistance. Before now, buyers were able to push XRP to $0.21 high because the coin rebounded and rallied to $0.21 high on July 8.

Unfortunately, the coin reached the overbought region as the uptrend was interrupted. Sellers emerged to push prices down. The price has fallen into the current price range to break below $0.195 support.

There is the possibility of price breaking below the EMAs. The current support above the EMAs must hold for Ripple to rise. XRP is below 80 % range of the daily stochastic. In the meantime, the coin is in bearish momentum. 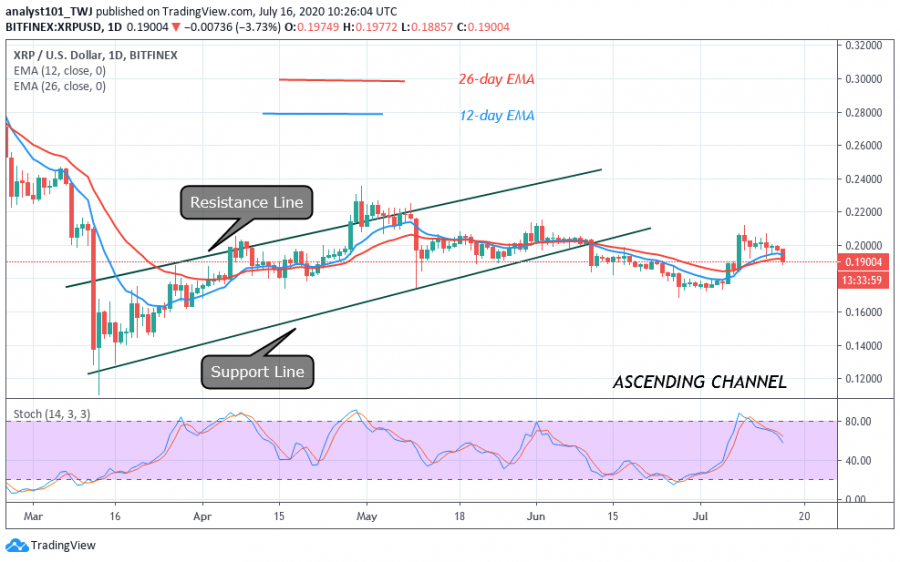 The bulls have been holding the current support above $0.195 in the last one week. The coin will resume a fresh uptrend if the bulls can clear the resistance at $0.205 and $0.21. Then the price will accelerate to breach the $0.235 overhead resistance. However, the upward move will not be possible if the bulls fail to defend the $0.195 support.