Ripple Is Rejected Twice at The $0.80 Resistance Zone and Breaks Down 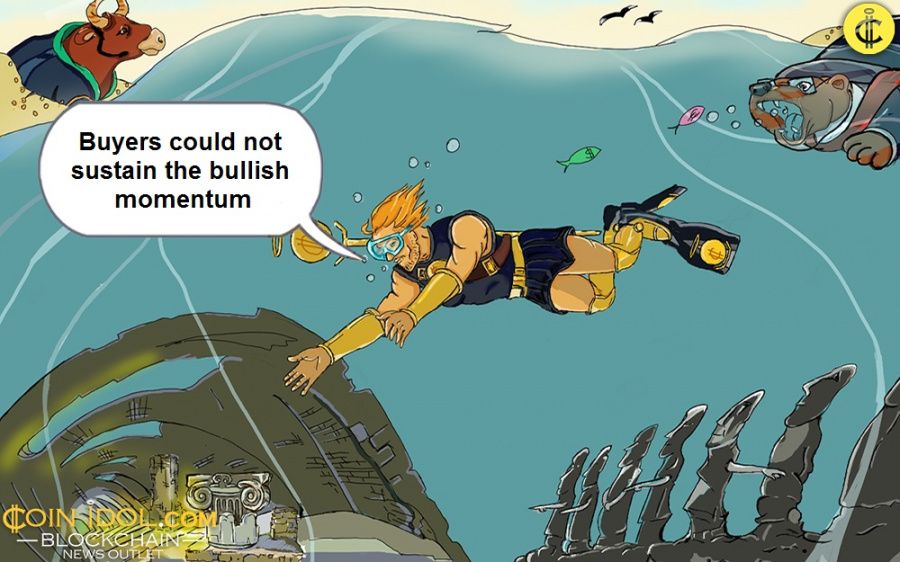 The price of Ripple (XRP) is in a downtrend as the altcoin is once again under selling pressure.

On April 16 and 20, upside corrections were staved off as XRP resumed a downward move. The cryptocurrency was in a downward correction after falling to the low of $0.68.

Buyers could not sustain the bullish momentum above the high of $0.80, hence the downward movement. The current downtrend is expected to reach a low of $0.68. However, if the bears break the current support at $0.68, the downtrend will extend to the low at $0.63. On the upside, if XRP declines and finds support above $0.68, the altcoin will be forced to move between $0.68 and $0.80.

The cryptocurrency's price bars are below the moving averages as the altcoin continues its downward movement. Ripple is at level 42 of the Relative Strength Index for the period 14. XRP is in the downtrend zone and below the center line 50. The 21-day line SMA and the 50-day line SMA are sloping downwards, indicating a downtrend. 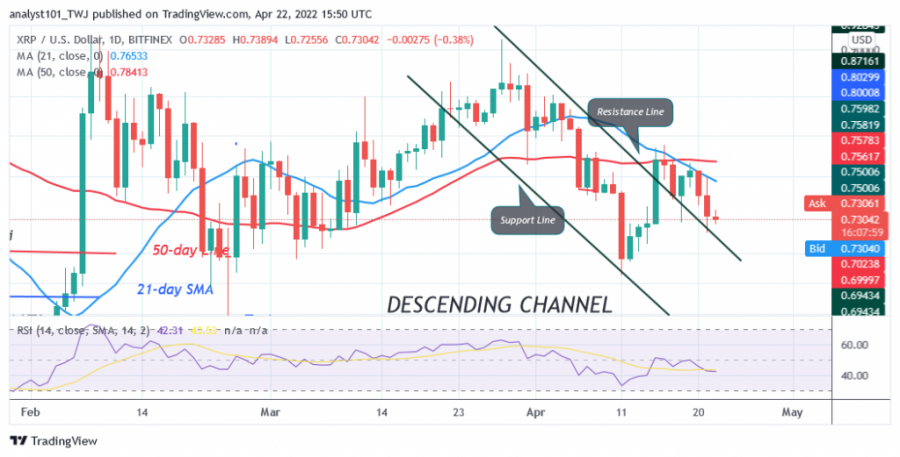 XRP/USD has continued to fall due to the recent rejections. Moreover, XRP is trading in the downtrend zone. Meanwhile, on March 31, the downtrend; a retracement candlestick tested the 38.2% Fibonacci retracement level. The retracement suggests that XRP will fall to the 2.618 Fibonacci extension level or $0.63. 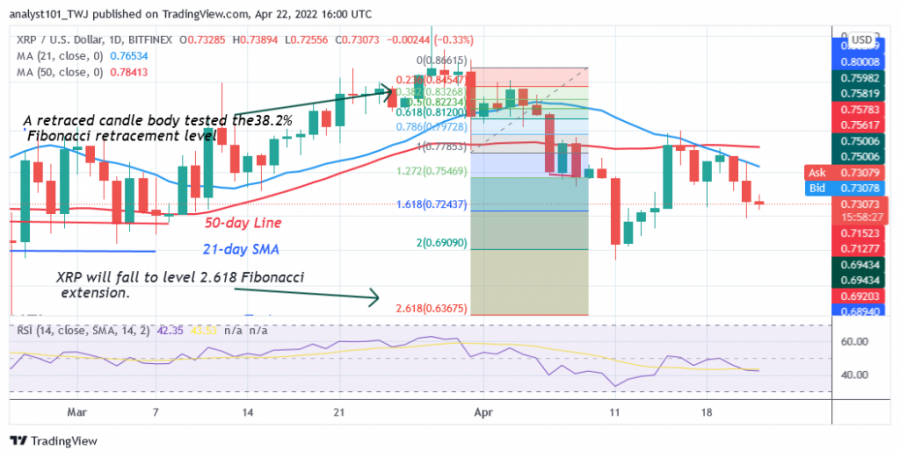