Ripple Plunges into the Oversold Region, Likely to Move up 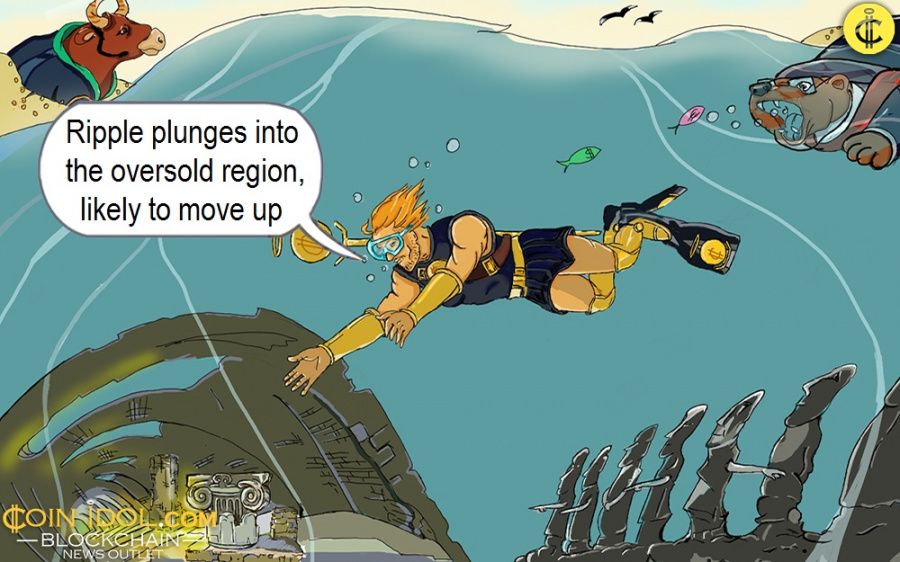 Ripple price drops to a low of $0.26 as a consequential effect of the coin reaching the overbought region. Before this time, the bulls have difficulty to penetrate the resistance at $0.28 for over a week. Sooner the price slumped to the low of $0.26, and Ripple rebounded to reach a high of $0.32.

The bullish momentum extended to a high of $0.34. The upward move was terminated as XRP reached the overbought region of the market.

Immediately, sellers emerged as the coin took a downward move. The downward move reaches the low of $0.28 but was well defended by the bulls as the price went up to retest the $0.30 resistance. The bull’s defense resulted in the final push of the bears. XRP has a price breakdown that breached the $0.28 support and later extended to the low of $0.26.

Ripple is falling and has reached level 35 of the RSI. This means that the coin is in the downtrend zone and it is likely to fall. It has also gone below the centerline 50. Ripple is approaching the oversold region below level 30. 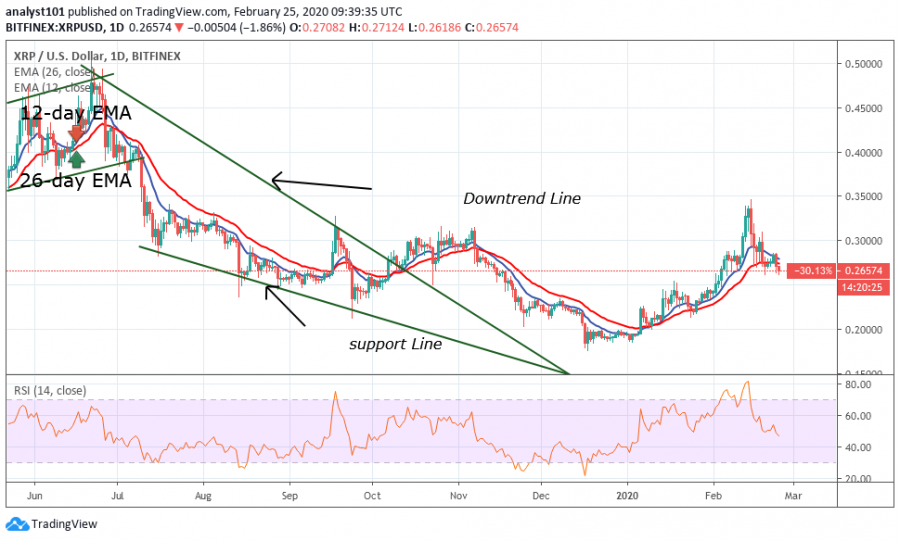