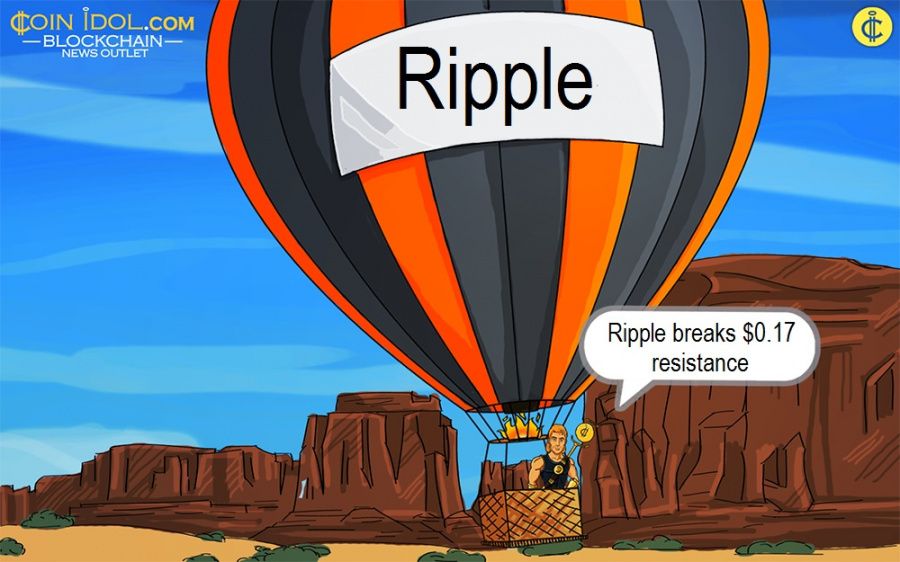 A positive move has been made by the bulls as they penetrated and broke the two weeks old resistance level. Undoubtedly, as earlier discussed this move may attract more buyers in the long run.

This positive move has brought to an end the fluctuation between $0.12 and $0.17. After the demolition of the resistance, Ripple made a slight retracement. It becomes imperative that the bulls should sustain Ripple above $0.17.  This is to avoid the price sliding below the resistance level. Ripple will rise to the next resistance at $0.21or above if the bulls sustain the current momentum.

The bulls broke the resistance line of the descending channel and closed above it. Technically, this implies that there is a change in trend. The market is supposed to resume an upward movement of price. The danger is that if the pair deviates from the current levels and slides below $0.15 support, Ripple will fall into the descending channel. A fresh round of fluctuation will resume. 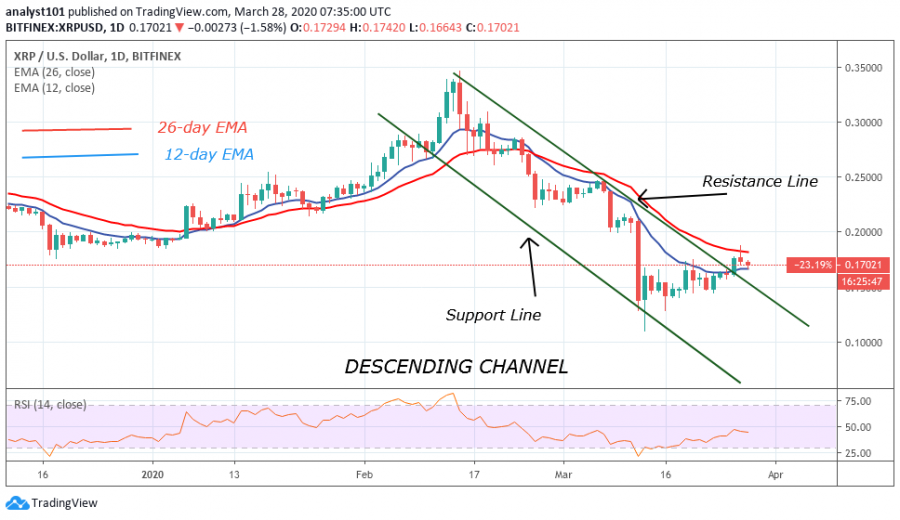