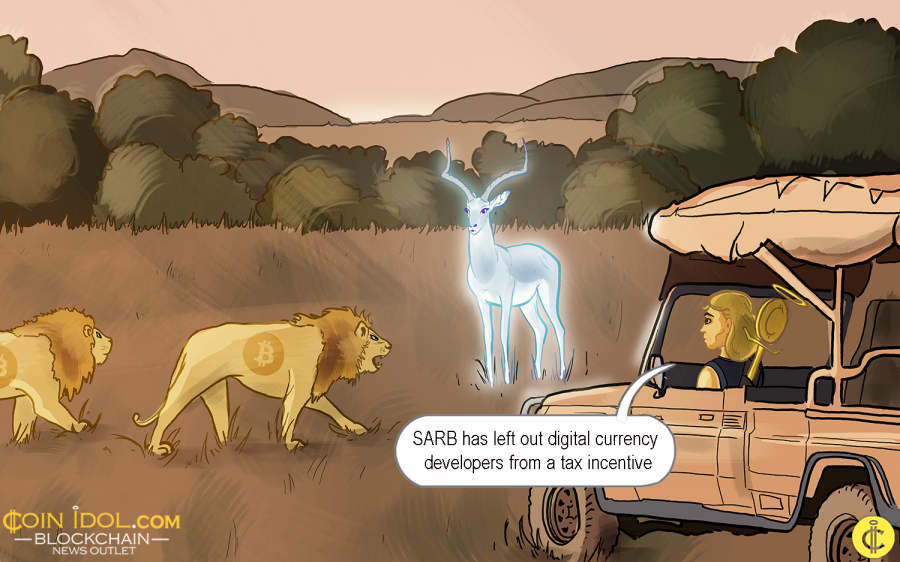 In a struggle that will change the face of blockchain development in the nation and the continent at large, the South African Reserve Bank (SARB) has softly left out digital currency developers from a tax incentive that is particularly aimed at technological innovation, according to a report by BusinessLive.

By reclassifying cryptoassets as ‘financial instruments’ in South Africa’s Taxation Laws Amendment Bill, the bank has omitted the potential for crypto development businesses to claim a big tax write-off.

The country has for long been among the fat bulls of blockchain technology and crypto friendly countries in Africa, with several cryptocurrency maniacs and personalities originating from its land such as Riccardo ‘Fluffy Pony’ Spagni – the founder of Monero.

A Step in the Wrong Direction

But the protracted bear market of last year has reduced exuberance for cryptoassets in the country’s financial sector, with responsible authorities saying that they are suspicious of the immense scams the nascent industry has recently suffered.

Rob Hare, a senior associate at Bowmans – a law firm in South Africa, regards the move as ‘nonsensical’ since the country was recently on track to being the number one fintech hub for the second largest continent on planet earth.

“The purportedly small change of categorizing digital currency as a financial instrument is an unneeded step in the wrong direction,” Rob said.

Nevertheless, Monica Singer, ex Strate CEO, claims that the regulators are just becoming prudent and preventing a condition where South Africa becomes a tax oasis for all developers.

Trading cryptos can be compared to dealing in “collectible products” or “sports betting” – lucrative economic activities which are impossible to be carried out on a real business footing.

According to a report by BusinessInsider, Jessica Carr, who is an associate at Cliffe Dekker Hofmeyr, said that the change implies crypto traders can no longer cure their crypto wounds in the same manner as stock market traders.

The change will, without any uncertainty, trigger crypto traders to look into avenues for seaward trading, taking money out of South Africa and significantly lowering the much-required development of financial technology on the African continent.

SARB published a statement in April 2018 saying that cryptoassets are not recognised as legal tender. The citizens were demanded to declare their profits and losses accumulated from cryptoasset transactions.

As Coinidol reported in November, the government came out with a draft tax law that was seen to discourage the use of cryptoassets in South Africa.