Polkadot Recovers From Downtrend but Faces Rejection Twice at $8 High 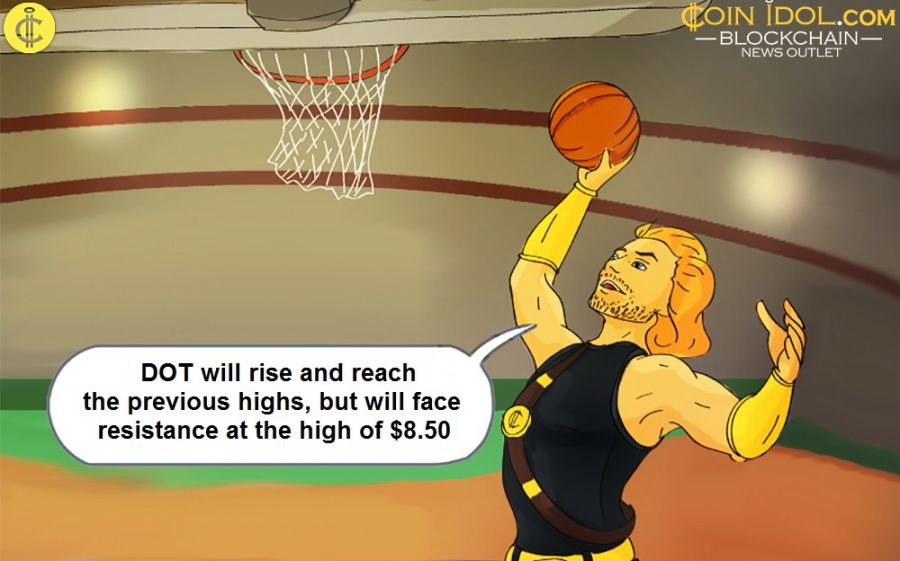 On July 16, Polkadot (DOT) broke through and retested the 21-day SMA line before resuming the uptrend. This is the first time since April 11 that the bulls broke the 21-day line SMA.

The altcoin is at level 56 of the Relative Strength Index for the period 14. DOT is in the uptrend zone and could continue to rise to the previous highs. The cryptocurrency price has broken the 50-day moving average line, but not convincingly, as it has not closed above it yet. DOT is above the 80% area of the daily stochastic. The altcoin is trading in the overbought area of the market. Sellers are likely to be attracted to the overbought region. The 21-day line SMA and the 50-day line SMA are making a reversal, indicating an uptrend. 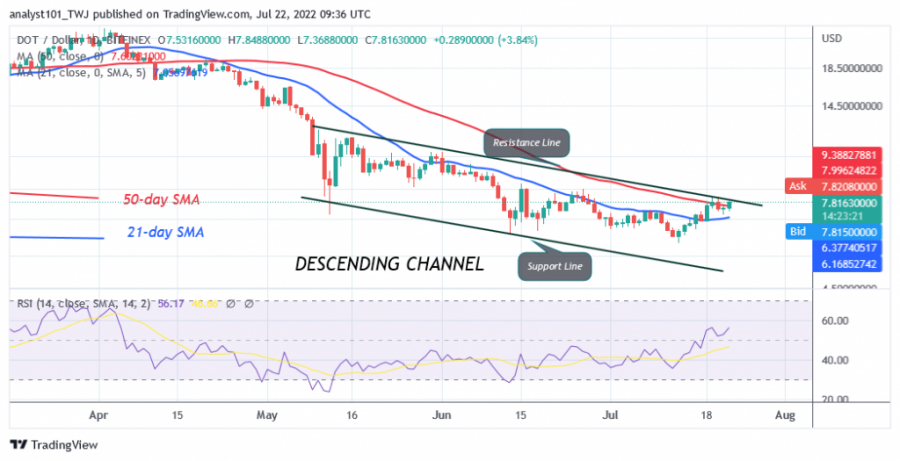 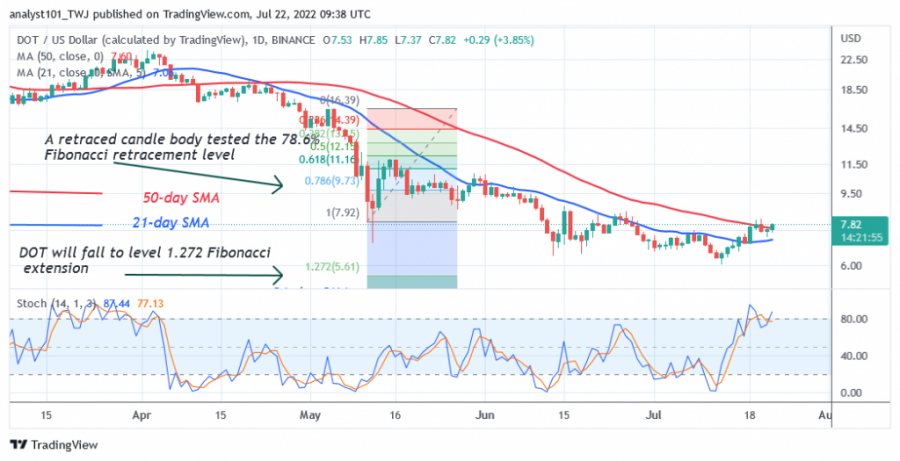