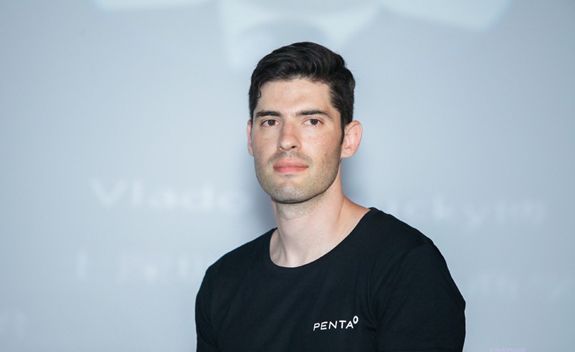 One of the interesting features of blockchain is that it is not just about technology, it is also about social ecosystems. Blockchain platforms are true ecosystems, where things of value are exchanged through peer-to-peer transactions and validated by the ecosystem community, instead of centralized banking and credit card company services. Blockchain has the potential to change the way we interact in the global, digital economy, and establish trust within communities.

But without trusted third parties doing the work of validating transactions, how can you ensure that if I pay you $100, you will end up with $100 more in your account and I with $100 less in mine? The answer is that the community, itself, does the work of witnessing and validating transactions, and the underlying blockchain provides a public ledger to record past transaction history. On a transaction-by-transaction basis you can think of the community validation process as decentralizing and democratizing the digital economy.

Realizing this transformative economy, however, is easier said than done. In order to create a viable, self-sustaining ecosystem, the community has to be encouraged to participate in the validation process, either through computationally intensive mining or through voting. This is where cryptocurrencies like Bitcoin, Ethereum, and Penta come in. Community members who contribute to the validation process receive a financial incentive in the form of cryptocurrency as a reward for their participation.

Incentive structures, known as consensus algorithms, are programmed directly into blockchains. They are based as much on game theory as they are on political science, with the goal of encouraging community involvement by offering attractive rewards. At the same time, the consensus algorithm should create a fair, balanced incentive allocation system so that all participants have an opportunity to benefit. No blockchain platform has yet been able to achieve this, and it is a primary reason I founded the Penta Network, along with my co-founder, Dr. Steve Melnikoff.

Penta is a public blockchain project. It combines a robust blockchain infrastructure with a high-performance application platform. In the same way you can download apps from the App Store onto your smart phone, you will be able to access decentralized applications (DApps) that run on the Penta blockchain. We call Penta the “Universal Blockchain Connector” because it joins blockchain technology with the real world. Distributed applications launched on Penta will be able to traverse digital networks as productive tools for the digital economy.

Penta was an idea that formed as a reaction to trends in blockchain projects that went against a principle shared by myself and Dr. Melnikoff, which holds that decentralized networks should include equitable incentive structures and low barriers to entry. For me, the emerging industry trends are a reminder of why I got involved in blockchain in the first place.

I became interested in Bitcoin back in 2014 after reading a series of articles and books on the subject. Recognizing that there was something exciting in decentralized and autonomous peer-to-peer networks, I started to invest in Bitcoin, and later, other cryptocurrencies. This became my side job. It became my passion. My day job was managing a billion dollar private equity portfolio, structuring financial products for Asian investors to invest in the U.S. and Australian real estate markets. I quickly became much less passionate about this job, as I discovered that a lack of ethical standards was pervasive in the financial services industry. Conflating human greed with poorly enforced regulations was a formula for an unbalanced business ecosystem. Even when projects did not meet their projected returns or worse, went belly-up, project managers could still walk away pocketing large sums for management services, while investors picked up the bill and paid for project losses. At times I found my work in the industry extremely disheartening. What drew me to blockchain was the hope that a community-driven ecosystem with a distributed power base would be an antiseptic to the kinds of moral hazard plaguing the financial services industry. Blockchain offered a new economic paradigm that connected the wellbeing of community members to the success of the community, all memorialized in the coding of the platform – the digital law of the ecosystem. But the digital law of each ecosystem is subject to a human decision-making process. And an outcome that successfully protects against moral hazard and yields an equitable incentive structure is not guaranteed.

Dr. Melnikoff and I launched Penta to be an ecosystem that reflected our value system: a sustainably decentralized platform with a fair incentive structure. This is our response to a huge problem in the blockchain space – in order to increase scalability many platforms are sacrificing decentralization, and with it, fairness. Let me unpack those terms a bit. Bitcoin can process about 7 transactions per second (tps), while Visa and Mastercard are somewhere around 30,000 tps, and Alibaba is over 100,000 tps. In order for blockchain platforms to have significance in the real world economy, they will have to scale up to much higher transaction processing speeds. Scalability is difficult to achieve from a technical perspective, because the very nature of distributed ledger technologies, like blockchain, is that they are decentralized and distributed. Having a distributed network increases latency and generally slows down the process of validating and recording transactions, relative to centralized systems.

Many leading platforms have dealt with scalability issues by sacrificing the amount of distributed decision-making in the validation process, thereby placing a premium on transaction throughput at the cost of inclusive governance. In other words, they have chosen to concentrate the power of validating transactions in the hands of a few so that the platform can run at higher speeds.

This may seem like a purely technical debate, but it is about the social side of blockchains as much as the technological underpinnings. Concentrating validation authority in an elite group of network nodes, or supernodes, will fundamentally result in an incentive structure that is not equitable. And if the cost of achieving speed is fairness, then in my opinion that cost is too high. Fortunately, for Penta, the solutions to the problems of scalability and fairness are not mutually exclusive.

It is core to our mission that blockchain technology increases economic inclusion. We do this by lowering barriers to entry and increasing opportunities for all community members to share in the wealth generation of the Penta Network through incentive allocations. Seeking to balance fairness with scalability, Penta has pioneered a new form of consensus algorithm called Dynamic Stake Consensus (DSC).

The hallmark of DSC is that it achieves scalability without sacrificing inclusion and fairness. Utilizing a first of its kind randomization algorithm, DSC selects voters to participate in the validation process and then allocates incentives to them. Incentives are allocated according to the amount of Penta tokens a voter stakes in the system. This stake is very important, as it motivates voters to be honest. If voters act in a perfidious manner their stake is forfeited to the community. Crucially, a voter’s stake does not determine their power or influence in the voting process. The richest validator in DSC has the same power as the poorest: one vote. By randomizing validator selection and allowing small stakeholders the right to participate in the voting process, Dynamic Stake Consensus fulfills Penta’s goal of being an inclusive system concurrent with a low barrier to access.

Consensus algorithms may sound like a far away debate from Blockchain Land. However, it is an important issue that will touch all of us in the Smart Economy. We have an opportunity with blockchain platforms like Penta to serve the unbanked and unconnected communities of the world and invite them into the global digital economy. Whether we do so is largely up to each of us. We will each choose the platforms we use to transact our business in the future. At Penta, we are working to create a future defined by inclusion and fairness. We are set on building the blockchain industry’s most diverse, dynamic, and equitable ecosystem. It’s time to put our programming where our values are and program equal opportunity into the digital economy!

Tags
Consensus Stake Blockchain Community Economy Ecosystem Transaction Service Technology Value
Most Popular
Sep 03, 2019 at 13:36
News
Paycent Gears Up For the Biggest Trading Contest in the History of Crypto: Live September 3-rd on Binance DEX
Aug 24, 2019 at 12:20
News
TradeSanta : Enhancement the Automatic Trading in Cryptocurrencies
Nov 21, 2019 at 09:10
News
Metaverse DNA To Leverage The Community For Its Blockchain Network Governance
Apr 16, 2019 at 12:05
News
A New Era of Public Chain: Ultrain Launches its Mainnet
Jan 13, 2019 at 12:53
News
ICOBox Founder to Make His Company the Leader of the Emerging Security Token Market
×