An Industry Unstable: How NITRO Brings Balance Back to the Gaming World 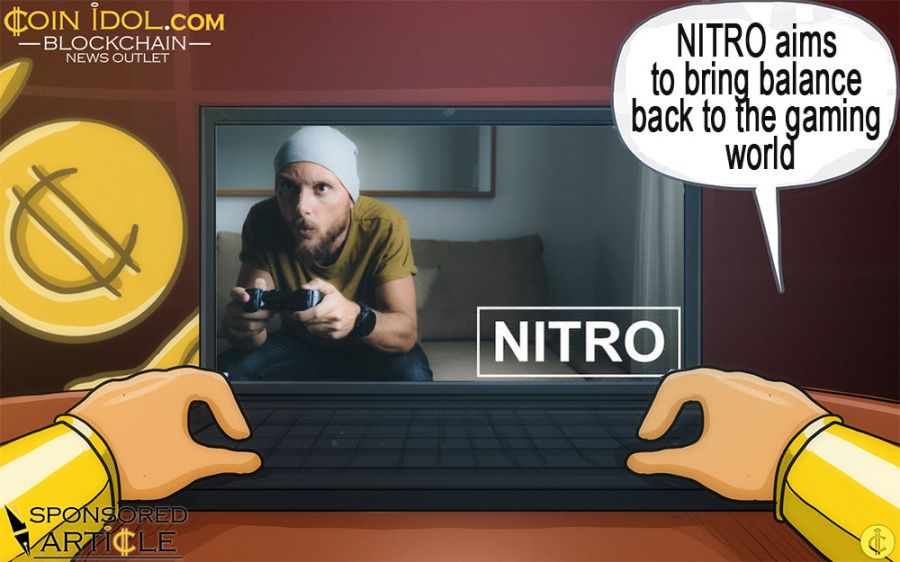 You don’t have to look far to see one of the biggest stories in video gaming news centred around a conflict between various stakeholders of a triple A title. The consequences have been huge and have highlighted a major issue in the games industry today.

For the Few, Not the Many

The large and growing imbalance of power between developers and communities is bringing oligarchical-like consequences; just a few major companies have a say in what gets the quality assurance of a triple A title, and what gamers get to play.

Within this industry; gamers, publishers, developers and financiers all have an investment in the games being released. When one party refuses to listen to the other, or decides to take advantage (which occurs far too often), then the game itself and the other stakeholders may suffer as a result.

NITRO identifies these stakeholders as key players, and understands the risks and rewards between the relationships they have with one-another. NITRO’s Blockchain-based project was created to address problems inherent in the industry. But what makes people think that NITRO will have an impact?
Well, It’s the first ever project to be backed by the PLC iCandy with a huge mobile gaming network of over 340 million existing users currently playing their games. NITRO has a phenomenal business infrastructure behind it significantly reducing the risk of its execution come launch day. But how does NITRO plan to solve these problems?

Power to the People

First of all, NITRO wishes to democratise the structure of the industry where all sides listen to each other fairly. The current developer/community relationship exists largely on the outdated forum setup, where users post their thoughts in the hope that they are seen amongst the million other posts that the developer has to sift through.

Ultimately, apart from a zealous few who engage a large amount with the gaming  community, there’s no real incentive for regular people to participate in the development of a title. Most of the time, especially in larger companies their voice will be drowned out or go totally unheard.

NITRO addresses this with an integrated platform that provides an end-to-end approach to solve the complex challenges of the video-game ecosystem, through the use of Blockchain technology.

Allowing holders of the NITRO token to benefit from the economy, gamers will be able to use the currency on all NITRO games for purchases, as well as being rewarded for their engagement and development participation. NITRO also offers fair and efficient marketing access to the audience of gamers.

NITRO will fund the development of game titles with the proceeds from its’ token sale, and funded games will share up to 20-30% of their revenue with NITRO over a period of 5 years from the date of funding.

The main ICO will begin on 1st December 2017. All sales will conducted online via NITRO’s website at www.nitro.live.There will be up to 60 million NOX available for sale, raising up to 75,000 Ethereum (ETH), carrying a value of approximately US$22 million at today’s prevailing Ethereum price.

Finally, this is the first time a company listed on a major international stock exchange is actively backing a cryptocurrency project. It could pave the way for a new trend of mainstream public companies using ICO’s to launch new funding initiatives in parallel to the capital markets that they are trading in.

Tags
Game Industry News Video Million Companies Development Ethereum Sale
Most Popular
May 02, 2021 at 11:54
News
South Korea Announces Testing of CBDC Right After Imposing a New Tax Framework; Is It a Coincidence?
May 02, 2021 at 10:36
News
Chainlink Breaks Initial Resistance at $38, Eyes $44 Overhead Resistance
May 02, 2021 at 09:14
News
Uniswap in Minor Retracement, Set for More Upside Momentum
May 01, 2021 at 12:54
News
Russia is Going to Establish a Special Department for Exploring Artificial Intelligence
May 01, 2021 at 11:58
News
Dogecoin Price Pushes To The Upside; Can Bulls Breach The $0.45 Resistance Zone?
More