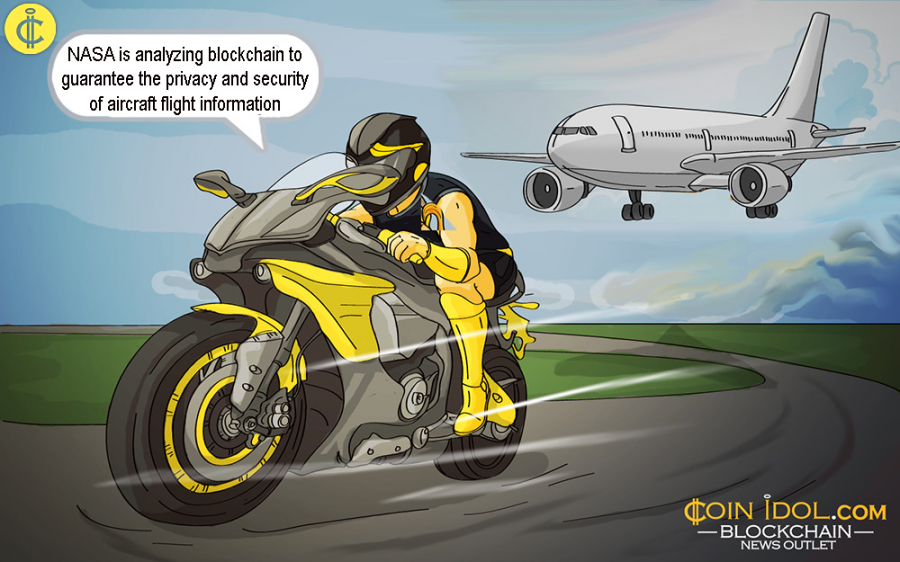 The National Aeronautics & Space Administration (NASA), U.S-based, is analyzing blockchain as a means to guarantee the privacy and security of aircraft flight information, according to an official paper published on the agency’s website on Monday.

The suggested system would use an open-source permissioned DLT to allow secure, private and more anonymous communication with responsible air traffic services. The paper states:

“This framework features certificate authority, smart contract support, and higher-bandwidth communication channels for private information that may be utilized for secure communication between any specific aircraft and any specific authorized member.”

Beginning Wednesday, January 1, 2020, the U.S, has been authorized by the Federal Aviation Administration (FAA) to employ Automatic Dependent Surveillance Broadcast (ADS-B) - a modern surveillance system that will publicly broadcast an aircraft’s identity, altitude & longitude (position) and other important information.

This has raised a lot of security questions among stakeholders, Ronald revealed in his document, elaborating that the ADS-B system lacks provisions for conserving these same aircraft-privacy alternatives, and also does not address the potential for spoofing, denial of service, and other clearly-documented risk factors.

Military aircraft traffic data, in the meantime, is defined by the Defense Department as “data that, if revealed, would uncover vulnerabilities in the DoD vital facility and, if used, would probably lead to pregnant disruption, damage or destruction of or to DoD activities, facilities or holdings.”

Taking into account the sensitivity of the related air traffic data, the armed-forces need for secrecy is in all likelihood to remain critical in their adoption and exploitation of ADS-B.

Tackling these issues, the researcher shows a prototype in the document, called the Aviation Blockchain Infrastructure (ABI), which is based on Hyperledger Fabric & smart contracts, and enables control over what info is shared in private or in public with authorities.

For example, aircraft ‘state data’ like altitude, designated airspeed, heading, and others could be kept protected through a private channel, while flight-plan data like aircraft type, filed route, origin, final destination and others can be published on a public platform for access to all sanctioned members. 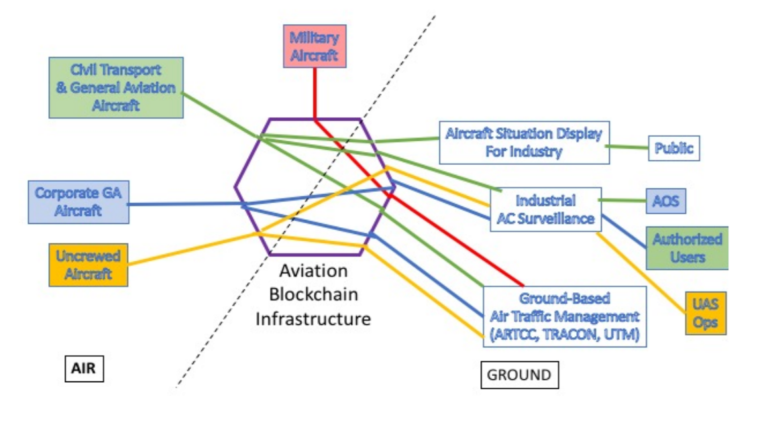 “We suggest to use a ‘lightly permissioned’ DLT framework to enable the ADS-B systems to meet or surpass the same levels of privacy & security currently offered by radar-based systems in the National Airspace System.”

Remember, this isn’t the first time NASA has delved into DLT for technological enhancements. In February 2018, it granted around $330,000 to a certain professor from the University of Akron (UA), to underprop research on Ethereum DLT to mechanically and automatically discover floating debris.

In December 2018, the DLT development company Blockstream also revealed its plans to expand its satellite service with the 5th satellite and is currently broadcasting Bitcoin DLT to every Earth’s significant landmasses, Forbes reported Dec. 17.

As Coinidol reported in April last year, NASA in collaboration with researchers from UA in Ohio, USA, started a new research program to thoroughly investigate potential practical application of ETH-based DLT for space communication and navigation.

Tags
Blockchain Data NASA Management Information Space Privacy Administration Research
Most Popular
May 11, 2021 at 14:27
PR
VulcanVerse’s Marketplace Volume Triples from $5m to $15m, $20M Giveaway to Follow
May 11, 2021 at 14:02
News
Bitcoin and Dogecoin Prices Trending Up Following Hype from Mark Zuckerberg and Elon Musk
May 11, 2021 at 13:00
News
Ripple Consolidates Above $1.35 Support as Sellers Push to the Downside
May 11, 2021 at 12:11
News
Banks Are Getting Increasingly Tough on Bitcoin and Other Cryptocurrencies Amidst Mainstream Adoption
May 11, 2021 at 11:08
News
Litecoin in Minor Retracement, Eyes Next Target at $604 High
More