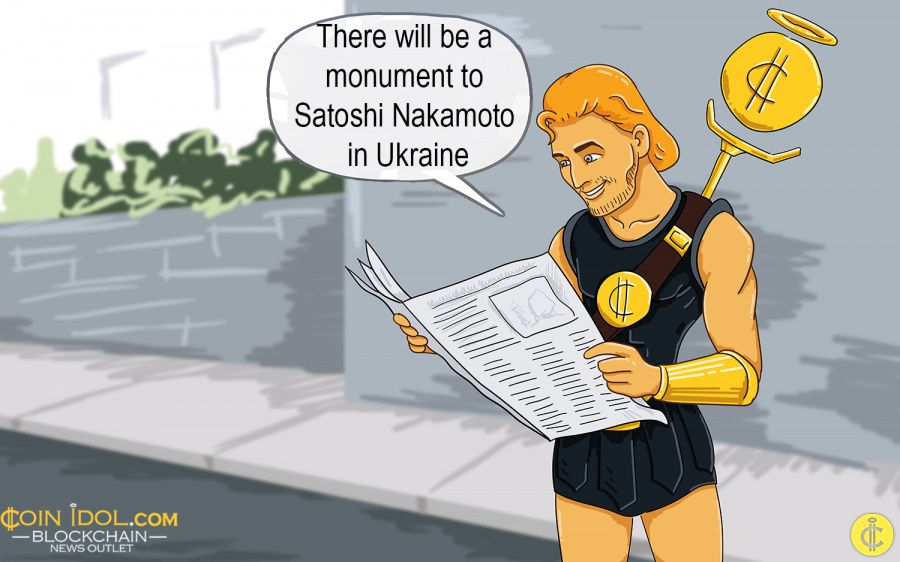 Under the wave of the cryptocurrency swirl, Ukrainian crypto enthusiasts are planning to erect a monument in Kyiv in honor of Bitcoin’s father known by the name of Satoshi Nakamoto. The statue of blockchain‘s creator is determined to be put on the former place of a Vladimir Lenin monument.

"The monument to Lenin was a symbol of last centuries that had already passed, leaving conflicting feelings in the hearts of people. Satoshi and the decentralization of society are a new era and new opportunities,"  argued Andriy Moroz, the Ukrainian co-founder of a group dedicated to erecting monuments to Nakamoto.

The project is considered to be one of its kind and represent a global campaign, which is honoring Satoshi and popularizing his output into the development of financial technology around the world. The monument is planned to be erected right where Lenin’s figure had stood before it was crashed in the middle of the Euromaidan events in the city.

The fintech initiative assumes the design of a digital Satoshi memorial that can be visible only while using a special app for a smartphone, which is going to be created by Raccoon World, a virtual reality company. It will have a plinth placed at the site showing a virtual projection every time a device is directed at it. Its main principle reminds a once popular game Pokemon Go.

A group of people behind this lead is called the Satoshi Nakamoto Republic. It has been reported, that the group is aiming at erecting a real statue at the place. To bring this idea to life, a petition to local officials asking for a permission should be filed. If the official decline the petition, the monument may be located in one of Kyiv’s business centers oriented on fintech trends.