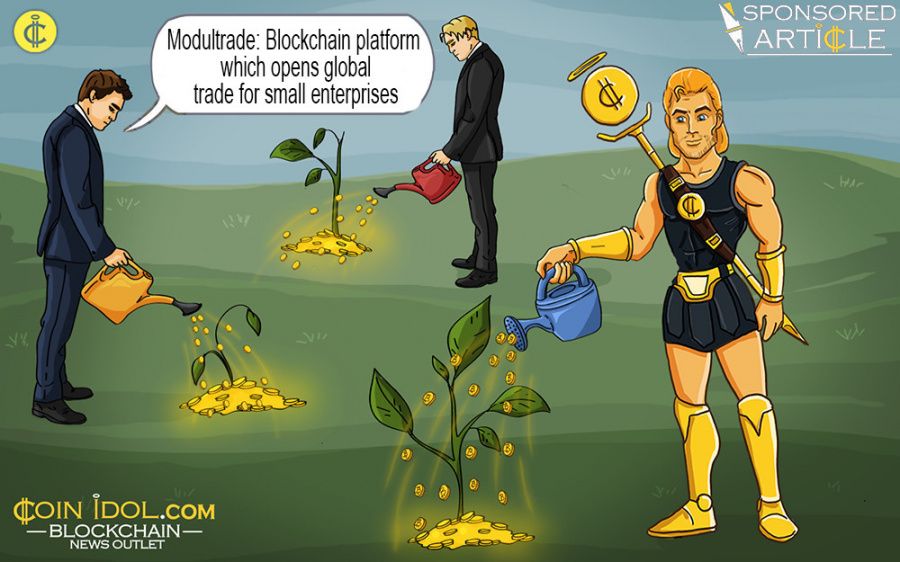 ModulTrade is a new blockchain based platform, championing MSME’s (micro, small and medium enterprises), to be able to trade with ease, efficiency and trustfully.

In early October, ModulTrade launched their token pre-sale, as a way of fulfilling their mission to build and serve a platform that will provide a solid solution and expand trade possibilities for MSME’s. Through tapping into the heart of blockchain technology, the ModulTrade team have created a smart-contract platform, which will:

It has been over a year since the ModulTrade team of MIT graduates first came up with this forward-thinking idea, and have been working efficiently with a strategic project roadmap, in order to deliver a sound product which is effective, tested and streamlined – all for easy access and navigation by any user.

During the last few months, the technical team at ModulTrade have been working hard at building their minimal viable product, using real user feedback, to ensure the product is tried against all eventualities and then redeveloped to meet high standards of perfection.

Following the success of the token sale, the team aims to continue developing the platform, with plans to launch in Europe in 2018, followed by Asia and then the US, to achieve a robust network of trade globally by 2019 at the latest.

Alongside the pre-sale launch, ModulTrade introduced their own crypto currency, the MTRc. Architected on Ethereum (ETH), this new token allows users to buy and exchange within the system, in real time, and complies with the widely-accepted ERC-20 Ethereum token standard. MTRc will also be compatible with all ether wallets and can be easily added to common crypto-exchanges for trading.

A total of 40mln MTRc tokens are available, with a soft cap of 15,000 ETH. During the period of the pre-sale, 10mln MTRc have been set aside at the value of 1MTRc = 1ETH/700. At the start of the pre-sale, a 40% discount was applied, but following the high level of interest from participants around the world, this discount was reduced sooner than planned, to 30%, and will remain so until further updates.

At the end of the pre-sale, the ModulTrade team will progress their project with the launch of their main sale on 28 November, releasing the final 30mln MTRc tokens, where the hard cap will be announced two weeks prior as well as any changes in the value of MTRc, although this will not be less than the current pre-sale value.

In terms of the distribution of the tokens, once the main sale ends, ModulTrade has plans in place to share MTRc tokens, as per the following breakdown:

In summary, ModulTrade rises above others by creating added value for not just the user, but third parties including trade-related service providers and trade software developers:

The ModulTrade proposition and projections speak of promise and opportunity to enterprises as well as the financial trade industry. The rigour set in place by the team in their project trajectory and success of the pre-sale to date has resulted in an air of optimism at the ModulTrade HQ, with enthusiasm continuing ahead of the main sale.

Tags
Trading Platform Blockchain Pre-Sale Token Sale Production Value
Most Popular
May 16, 2021 at 11:30
News
3 Reasons Why Payment Service Platforms Switch to Blockchain, Facilitating the Adoption of the Tech
May 16, 2021 at 10:35
News
Chainlink Rally Stalls at High of $52 as Altcoin Retraces for More Upside Momentum
May 16, 2021 at 09:29
News
Uniswap Range-bound Between $36 and $44, Attempts to Breach Recent High
May 15, 2021 at 12:40
News
Low Orbit Crypto Cannon LOCC Lottery Draft Occurs Every Hour | Stake Once to Enter All Upcoming Drafts
May 15, 2021 at 11:20
News
Dogecoin Resumes Fresh Uptrend as Buyers Recoup Above $0.40 Support
More