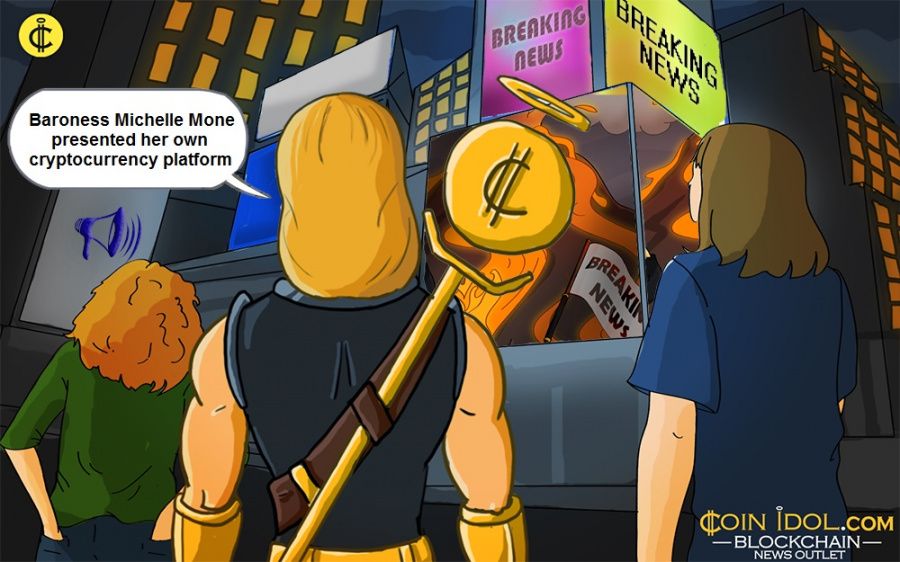 Scottish nobility started to give their names to their own tokens, based on Blockchain. The first example is given by Baroness Michelle Mone, that informed Coinidol.com about her decision to "encourage more women to invest in the tech industry".

Scottish Barons rank below Lords of Parliament, and although considered noble, their titles are incorporeal hereditaments. At one time feudal barons did sit in parliament. However, they are considered minor barons and not peers because their titles can be hereditary, or bought and sold.

A female of baronial rank has the title baroness. In the kingdom of England, the medieval Latin word baro, baronis was used originally to denote a tenant-in-chief of the early Norman kings who held his lands by the feudal tenure of "barony" (in Latin per baroniam), and who was entitled to attend the Great Council (Magnum Concilium) which by the 13th century had developed into the Parliament of England. Feudal baronies (or "baronies by tenure") are now obsolete in England and without any legal force but any such historical titles are held in gross, that is to say are deemed to be enveloped within a more modern extant peerage title also held by the holder, sometimes along with vestigial manorial rights and tenures by grand serjeanty.

"The project is leaded by Bright Bee PR agency. It's a good advertising move for the promotion company of token to attract the baron as the face of the company. But it's still to prove, that the project deserves any serious attention, because the token is based on Blockchain technology, that has only hundred of nodes. It is very week point for the future of this Blockchain".

Read our new column about weak projects in the field of Blockchain: https://coinidol.com/crypto-with-confidence-altcoins-weak-and-shady-points/