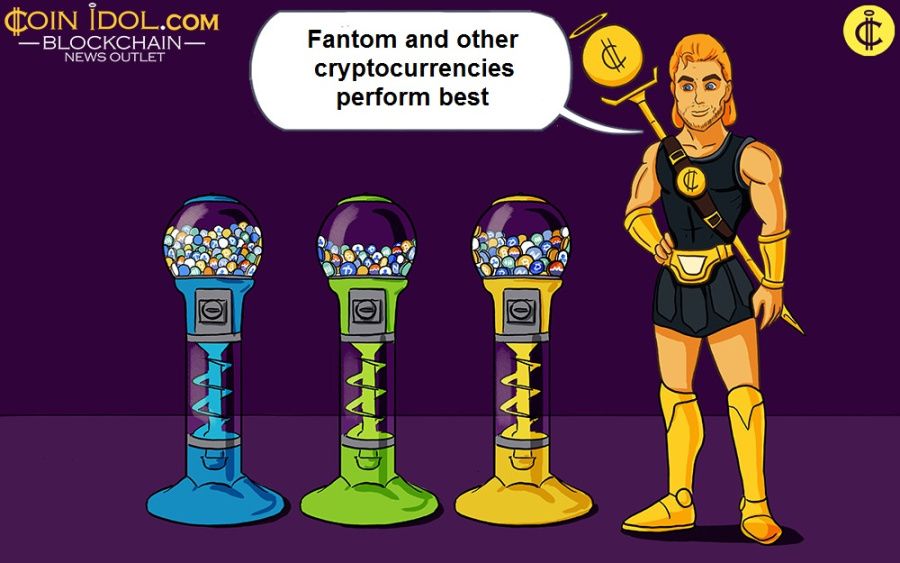 There is a favorable uptrend in altcoins this week. Chainlink, Fantom, Dogecoin, Huobi Token, and ApeCoin are among the best performing cryptocurrencies this week. Fantom and other cryptocurrencies perform best when they break through more resistance areas. Let us discuss the following points now.

The price of Fantom (FTM) has crossed the moving average lines and is currently rising. On November 28, the price of the altcoin crossed both the moving average lines and the support at $0.18. The current price of FTM is $0.24. If the current uptrend continues, the price of the cryptocurrency will rise and reach the previous high of $0.31 again. FTM is currently above the level 80 of the daily stochastic. This shows that the market has entered the overbought zone. This explains why it seems unlikely that the trend will continue. This week, FTM, which has the following characteristics, was the best performing cryptocurrency. 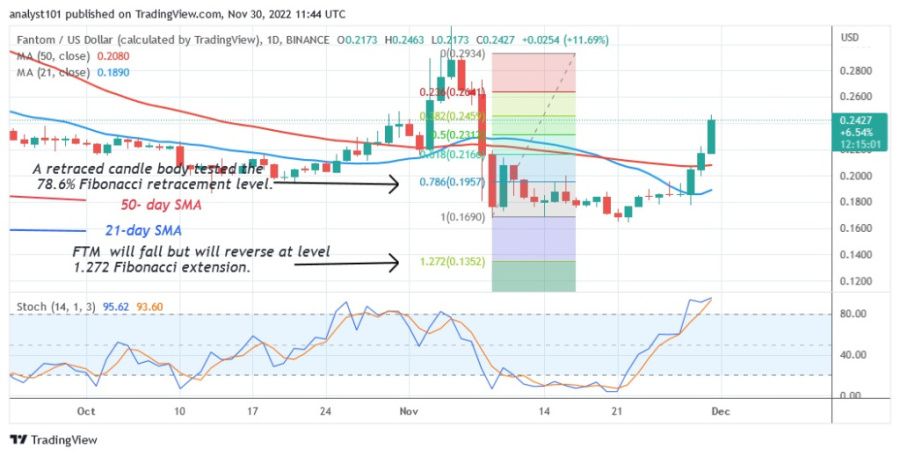 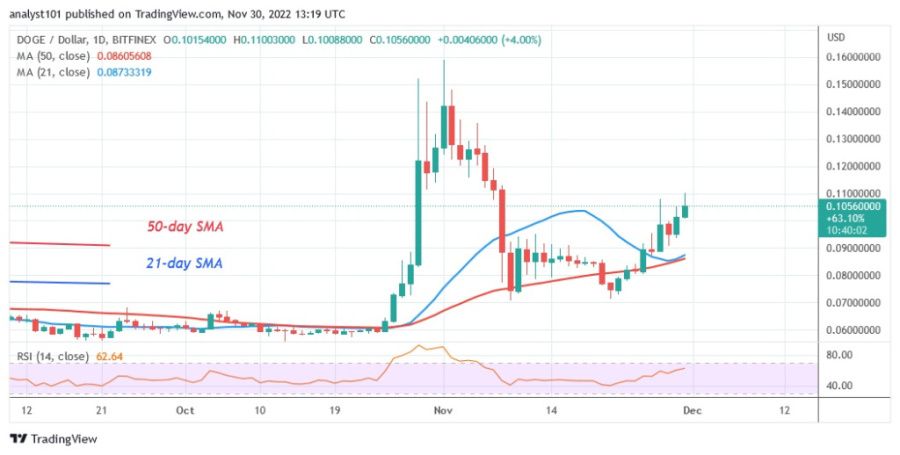 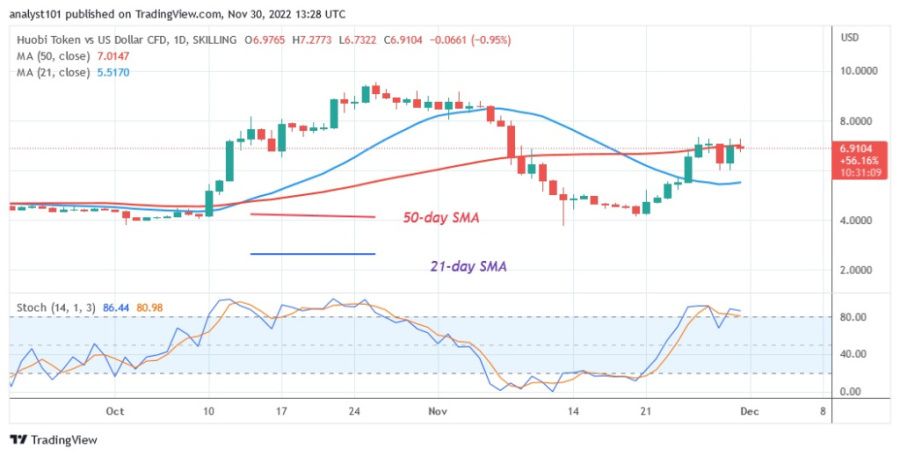 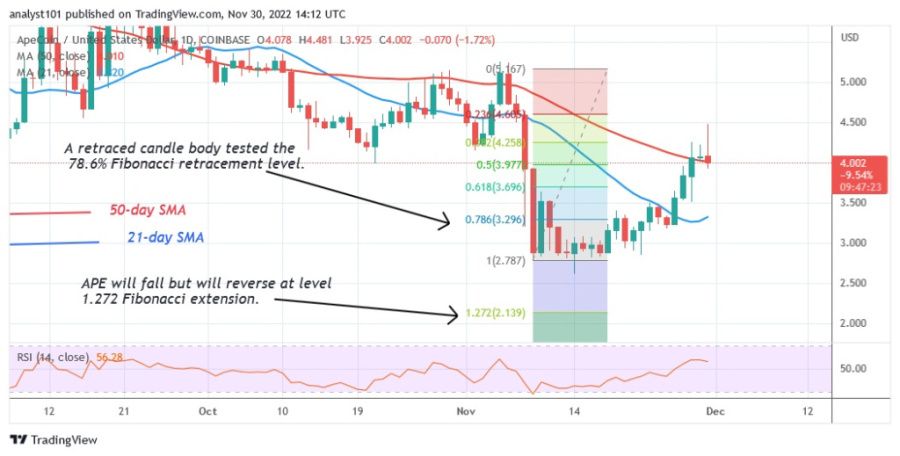 The price of Chainlink (LINK) fell but has since recovered. The price of the cryptocurrency has surpassed the moving average lines. If the current bullish momentum continues, LINK will rise to $9.48. The altcoin is now at a point where the market is overbought. At the recent high, the current uptrend is rejected. If the altcoin is rejected at the current high, it may fall. Chainlink is trading above level 80 of the daily stochastic and in the overbought zone. LINK is the fifth best performing cryptocurrency overall. It has the following characteristics: 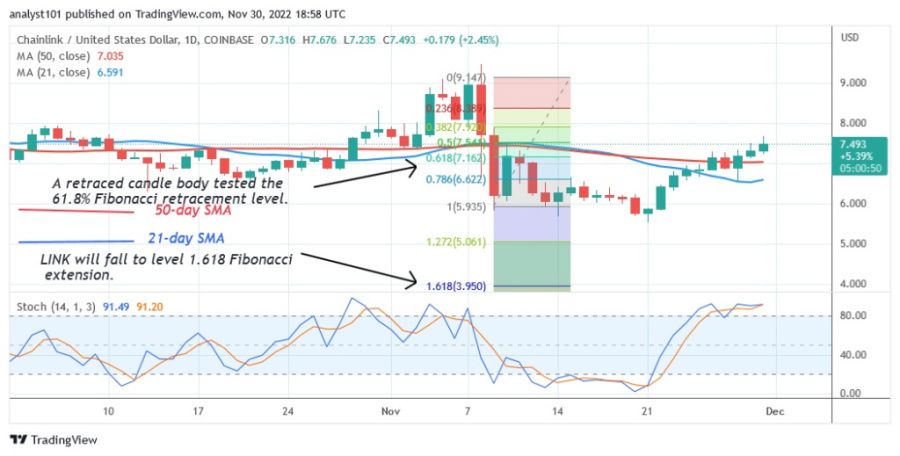