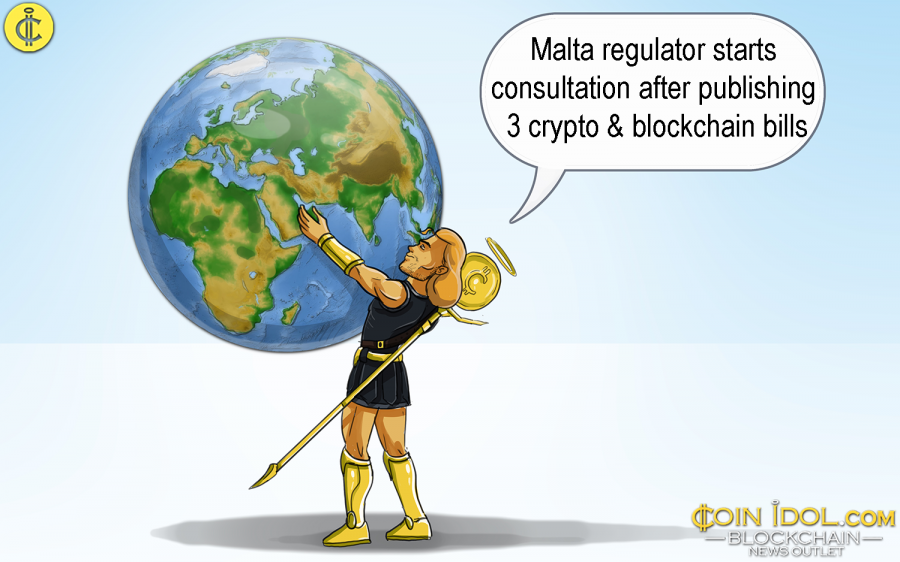 Malta Financial Services Authority (MFSA) is carrying a wide consultation exercise to guarantee that every stakeholder is properly informed on what the 3 cryptocurrency and blockchain laws which were recently passed, imply.

This is a stalling situation on the side of MFSA, though it appears to be a normal procedure.

Joseph F Borg, a senior partner at WF Partners revealed that this was the usual way in which laws regarding the financial services sector were made into law.

“Although the laws were published last week, they are expected to come into force in October of this year. This will give time for industry players to adjust accordingly to benefit from the transitory provisions as well as well as the authorities to cater to the large amount of applications that will be submitted in the first few months.”

The MFSA communicated to the blockchain industry to wait a bit since the laws are not yet put into force.  Even though the 3 blockchain and cryptocurrency bills were legally passed into law last week on July 20,  more important consultations with MFSA are still going on in order for the bills to become a law. As a matter of fact, the MFSA noted that the framework for these laws in question was still in a creation phase.

However, it has clearly proclaimed that these laws will become fully effective on October 1st this very year. The MFSA informed the operators to sit back and relax until the public announcement from the legal authority is made, before sending in requests for approvals and authorisations. Earlier in July, Maltese Members of Parliament officially passed the Virtual Financial Assets (VFA)  Act and this is among the 3 bills aiming at bringing regulation for the blockchain industry into practice.

Malta has debatably become the first-ever nation in the globe to effectively develop an efficient regulatory system that is custom made for all businesses that are blockchain-based. Furthermore, MFSA is consulting with several giant service providers and is awaited to produce a Rule Book by the fall of July 2018.

The VFA Act brought in a new regulatory body that will be accountable for supervising the sector, the Innovation Technology Arrangement and Services Act (ITAS) and the Malta Digital Innovation Authority Act (MDIA). The Parliament of Malta has been so helpful in introducing a 'financial instrument test' that ascertains whether blockchain asset passes to be a virtual financial asset, electronic money's financial instrument, or a virtual token.

Not Yet Time For Government Gazette

The MDIA Act is responsible for all the supervision and certification framework arrangements and other related potential service providers that apply voluntarily for registration under the ITAS Act.

Publication of these laws in the gazette of government has to hold on until authorities and regulators have finished developing a proper framework underlying the VFA Act. The MFSA has been tirelessly collecting stakeholder sentiments on regulations that stretch from exemptions to fees plus administrative penalties related to VFA Act.