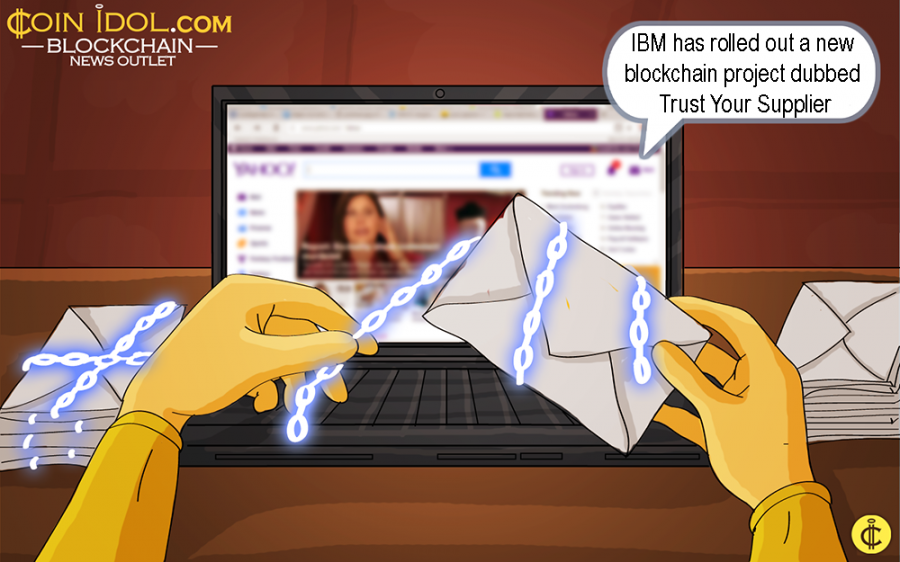 The project targets to increase the onboarding phase of suppliers, that is to say, management of ISO certifications, bank info, tax guarantees, insurance certificates plus other things necessary for the exchange of purchase orders and invoices. TYS is based on the IBM Blockchain Platform and intends to remove overlong and time wasting manual activities and decrease the risk of scam, deception and errors.

It looks like IBM isn’t in a pilot stage of the project  but in an advanced phase and is now active, according to the General Manager of IBM DLT, Marie Wieck. Furthermore, the chief supply chain officer at Leveno, Renee Ure, thinks that through TYS, participants will see the procurement advantages of distributed ledger tech via drops in cost, intricacy and speed.

However, the TYS project is so far still restricted to only North America and is considering to expand it the network worldwide. Among the important novelties of TYS includes that of digital passport for identifying all suppliers and other participants. According to Wieck, the digital passport was created for the TYS DLT project and was further designed with imminent developments and major integrations.

The TYS project has joined other big projects based on IBM's blockchain. For instance, in mid-July, IBM tripled the amount of blockchain patents acquired in the US since last year, increasing over 100 vital patent families.

Moreover, the US data storage firm Seagate made a partnership with IBM to experiment a project developed to fight the faking of hard drives (HDD). The project will allow manufacturers, integrators and other business partners to prove the source of hard drives using the IBM's Blockchain platform.