Karatbars International, a German firm operating in the bullion business, claims to have created the greatest breakthrough in the global financial system. The company’s founder, Harald Seiz, and its chairman board members Josip Heit, Alex Bodi, and Ovidiu Toma, claim that the world’s money will be replaced by the money created by Karatbars International.

How did Karatbars International get Started?

Karatbars International claims to have raised $100M USD in an ICO. The company spared no expense at promoting KBC.

However, these media sites have now turned against Karatbars International.

CoinDesk, which is owned by Digital Currency Group, a multi-billion dollar investment operation, has claimed that Karatbars International has no proof of gold reserves. In fact, CoinDesk goes as far to say that the gold mines Karatbars claims to own do not even exist.

To add to the pressure, Bitcoin.com, a major media title founded by Roger Ver, one of the most influential blockchain businessmen, has also made claims that Karatbars International does not own the gold needed to back KBC. The most famous blockchain Opinion Leader, Andreas Antonopoulos, has also joined the charge by straight-up claiming that Karatbars is a ponzi scheme.

In light of heavy pressure being pushed by blockchain space’s major companies, influencers, and media, Cointelegraph, CCN, and all other media have revoked all ads and content that supported Karatbars. In fact, Forbes has gone as far as to fire the columnist that endorsed Karatbars International’s KBC coin. Furthermore, the main exchange for trading KBC, HitBTC cryptocurrency exchange, has delisted KBC, wiping out most of the real volume support KBC had.

Major cryptocurrency trading data resource platforms like CoinMarketCap and CoinGecko have issued direct warnings to any user searching KBC prices. Both platforms press warnings against involvement with Karatbars International, while citing that the company has faced allegations from government authorities in the Netherlands. Moreover, other media have cited that Karatbar International faces allegations from the government authorities in Namibia and Canada.

Karatbars International has virtually been blacklisted from all major blockchain media and platforms.

While Karatbars International has been thwarted by digital media and platforms, it has resorted to promotional campaigns on-ground. Primarily, the company has resorted to making large, shiny events across major cities.

The Dubai event was not the only on-ground event by Karatbars International and Harald Seiz, Josip Heit, Alex Bodi, and Ovidiu Toma.

Earlier, Karatbars International held a lustrous event in Las Vegas, and titled itt The Gold Independence Day. At this event, Harald Seiz, the company CEO, had claimed that each KBC will be swapped for 1 gram of gold. This figure is conservative compared to kilogram of gold but still offers a more than 20x return. KBC trades for 2 cents while a gram of gold is valued at more than $48.

As Karatbars has printed 12 billion KBC, Harald Seiz claim requires Karatbars International to have access to 12 billion grams of gold, which is more than all the gold held by US government reserves.

The Gold Independence Day, and it passed. Investors were not given gold. Investors from Dubai, promised billions of dollars in returns, have also not been given their promised bullion. All these investors can now do is hope for Karatbars to deliver on its promises and pay up the 12 billion kilograms of gold which it claims to possess.

Given that Harald Seiz is able to enjoy a highly luxurious life, it is possible that investors may see at least some of their promised gold. Karatbars International’s founders possess great wealth. 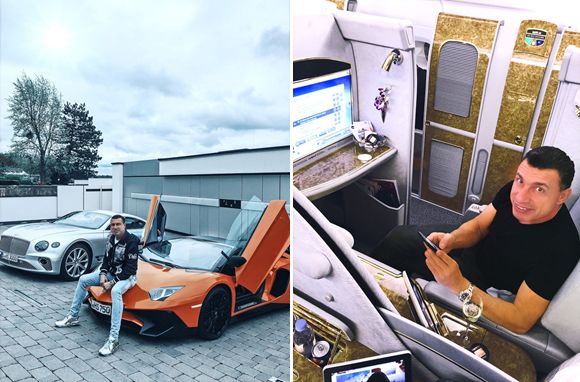