Is Blockchain Really the Future of Energy? 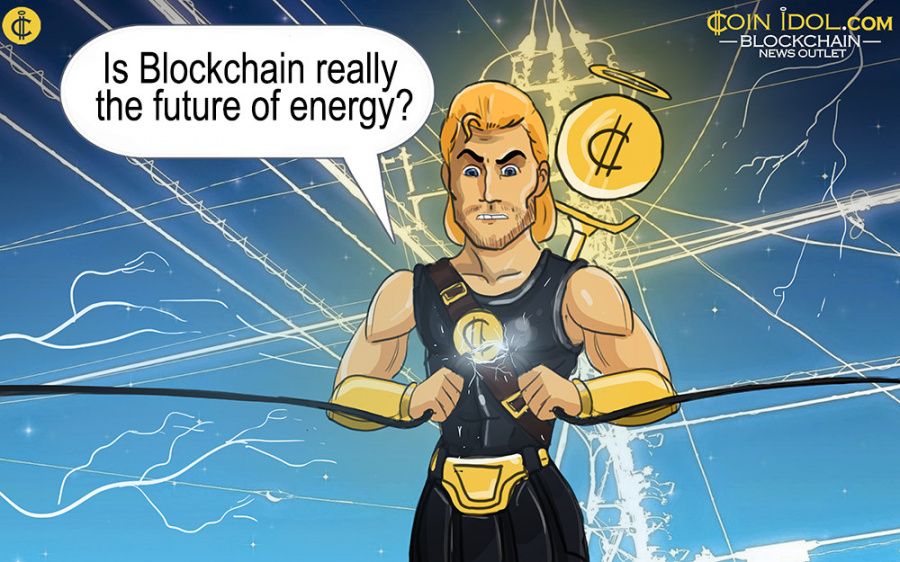 Can blockchain actually be the future of energy trading? Pros and cons of using P2P technology for buying and selling energy.

It is not the first time the utility sector has tried to adopt cryptocurrency-based innovations for digitalizing their transactions. A number of utility companies worldwide accept bitcoins for bill payments. And now it seems the time has come for more.

However, everything is not so easy as it seems. There are a certain number of issues and challenges to face by the market before going blockchain-based. According to David Pang, IT Architect at American Electric Power, one of the largest electric utilities in the United States, delivering electricity to more than 5 million customers in 11 states, “the main problem is awareness and expertise, or lack thereof.” He told Coinidol:

“In the US, Regional Transmission Organizations (RTOs) are ripe for disruption. It's not far-fetched to imagine a blockchain-based RTO bringing together customers (whether individual or as collectives), and the traditional players (transmission and generation) within the same market.
Blockchain at this point is considered bleeding edge tech, and the utility sector is pretty conservative on adopting innovation. It's going to take both internal and external evangelism, and even then I'd say we are at least 5 years away.”

The main benefit of the technology is seen in its ability to bring down prices, as it removes third-parties from transactions, and thereby, at least reducing the prices by fees paid to them.

Jordan Gitterman, Founder and Managing Director at Latin American Mining, thinks that “when money is moved there are an alarming amount of fees that middlemen add as costs of any transaction. Blockchain will remove much of these costs. The elimination of such will theoretically, if all things are equal, bring prices down.” 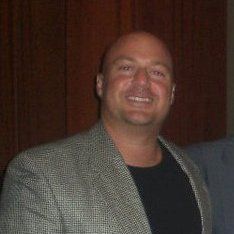 Mr. Gitterman brings many years of management, marketing, and business experience to Provide Energy. Through his extensive understanding of real estate, management, disposition, repositioning properties in emerging markets, and leasing he stands poised to assist and guide Provide Energy to grow and expand into new fields as the company matures. He added to Coinidol:

“Blockchain technology is exploding onto the scene and being implemented into many industries and businesses. One of its great uses is in trading. I see it becoming a technology that today few people are aware of to one where soon virtually everyone is aware of and uses it in an array of ways.”

John Bulich, Co-founder & Director  at Power Ledger, Australia, a blockchain technology company to working provide a transparent, auditable and automated market trading and clearing mechanism for the sale of surplus renewable energy generated on-site at multi-unit/multi-tenanted residential and commercial developments and at homes and businesses connected to microgrids and the distribution network, also agrees that “the price of energy will come down as homeowners become prosumers.” 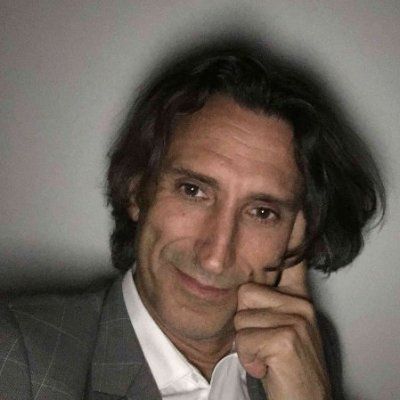 His company has conducted the world’s biggest trials already, trading P2P energy with their Platform. “Currently we have a number of commercial installations already trading and purchasing P2P electricity with banking facilities in place.”

“We hope and believe that the reduction in costs that Interbit can provide for energy companies will feed through to the end consumer, however this is likely to take at least a couple of years before coming to fruition.”

Interbit is an open, multi-chain, asset settlement platform with a suite of APIs and smart contracts that allow businesses from across the world to provide global access to fast, secure and auditable financial and asset trading services. BTL works with some of the world’s largest companies in both the finance and energy space to demonstrate and implement blockchain solutions that can streamline processes, such as settlement and reconciliation, leading to huge cost savings.

However bright the future may seem, Kaushik Khakhar, Co-founder, Chief Blockchain Architect at TOBLOCKCHAIN, a firm focused on developing Blockchain Applications in Government and Energy, for example, an award winning Blockchain-based energy solution TOBLOCKCHAIN POWER TO SHARE, that seeks to increase trust in green energy certificates on the one hand, and to make green energy popular amongst prosumers, on the other, thinks “interoperability and standardization to be main problems in the sector, because that's part of adoption cycle.” 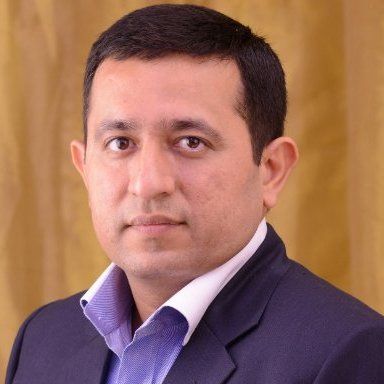 However, if the problems are overcome, he says that “in five years, the core infrastructure of energy and several other parts of our society will use blockchain-based solutions.”

Roman Antonov, Co-Founder and CTO at VoltyCo, a company of enthusiasts, working on implementation of blockchain to the p2p market of electricity, and developing and producing electric vehicles for commercial delivery, told Coinidol: 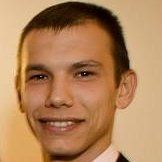 “We think that the main problem of blockchain-based solutions is that they are new and totally change the market and relationships, so they need to destroy borders like each new technology. We don’t see other problems on that moment.”

Yann Le Floch, Blockchain Business Architect at BNP Paribas Corporate and Institutional Banking, a global financial partner offering a wide range of tailored solutions in Capital Markets, Securities Services, Financing, Treasury and Advisory Services, thinks the  main problem of the industry is “the capacity to invest by big actors which still need to be educated and to be confident in the technology.” 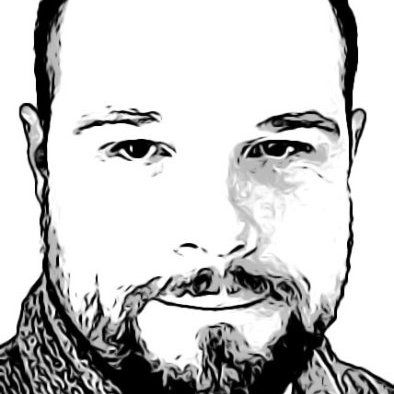 “First Blockchain solutions in traditional economic world was based on a promised of cost reductions. But at this stage it is requested to invest with some uncertainties for the former products optimization and more on the new products developments. So actors need to be more confident in the promises.”

Peter Bidewell, Chief Marketing Officer at Applied Blockchain, a global blockchain consulting and development firm that has built over 10 blockchain solutions across sectors including banking, legal and energy, states “the technologies that underpin blockchain are well established, the way in which these technologies are combined together into what we call blockchain or distributed ledger technology is still fairly new. Consequently there are two issues; one is technological and the other is economic:” 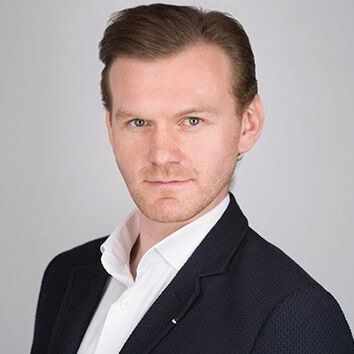 “The technological issue is the limited supply of experienced blockchain developers, therefore stymying the development of blockchain-based solutions.
The economic issue is around the limited understanding of business leaders on the specific, real world benefits of blockchain and how those benefits translate into viable business cases where blockchain provides significant value. Without a clear business case, business leaders are averse to spend money on development.
Both of these issues will improve with time as more and more developers attain practical experience of blockchain and businesses validate the use cases via proof of concept and pilot projects.” 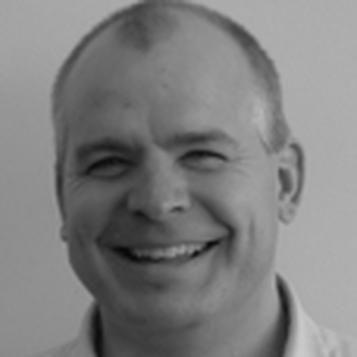 A change in the Industry

Blockchain actually has the power to change the industry, however, those changes will probably not happen overnight, involving years of hard work.

Martin Rerak, a Canada-based expert in Blockchain and energy, Chief Strategy Officer at Tokenly, a blockchain technology solutions company specializing in the design and development of applications and APIs that leverage blockchain and tokens and former Managing Partner at ZeroGridEnergy Inc, a company, connecting the Canadian renewable energy marketplace and consumers with transparent and quality centric quoting solutions, a platform that allowed for residential and commercial buyers to secure quotes for Solar PV, Solar Thermal and LED solutions with an 'apples to apples'​ price, feature, service and warranty comparison, told Coinidol:

“In 5 years there will be many additional consumer products which empower private and semi-private experiences, trade and value in ways that don't exist today. This will be achieved with the issuance of token assets. Brands, consumers and organizations will catch on to the potential for token based utilities of buying power, redemption, ownership and access. The 'metaflux' (coining that term) quality of assets, being that the utility and value of an asset can be impacted by any participant as tokens as agnostic, will be revolutionary. The average consumer will recognize the word token, but won't need to understand anything about blockchain and not need to maintain a wallet in today's sense. Wallets will be insured and seed recovery will be a more automated and secure process that looks like a common consumer platform center today.
I see the energy sector using blockchain to efficiently trade assets such as renewable energy credits, carbon tax credits, future generation capacity, and other tax credits. They will be able to peg this to their operational assets which will have unique and aggregate past performance data. This will allow futures trading down to the asset level of the output and respective credits that a specific asset, site, plant, or region generates with transparency of past performance. Price discovery is likely to improve as a result and trades will have operational benefits vs. purely financial speculative benefits.” 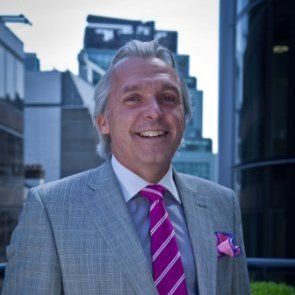 “As next gen Blockchain roll out that solves scaling with 5G reducing net latency to 100 msec, the convergence of other tech (all at once) the energy landscape globally will change and governments won't be able to hold back renewables any more. Now we have IoT Sdk interfaces to access cars and drive them using a crypto key unlocking permissions managed by smart contracts in a M2M bargain.” 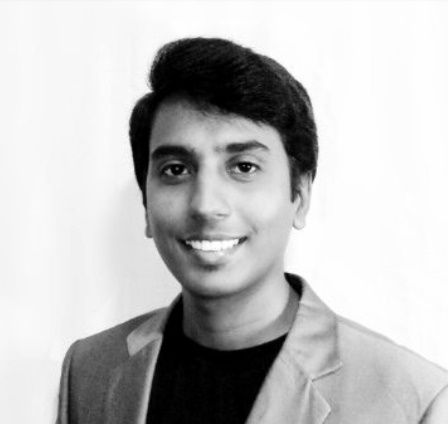 Ganesh Prasad Kumble, an expert in the fields of Commerce, IoT, Robotics and Clean Energy, and Chief Architect of Blockchain Systems at Sterne Fintech, a startup focused on delivering Enterprise-grade Blockchain platform that addresses issues of speed, resilience and trust between parties across various financial domains, thinks “Blockchain will become invisible, just like the distributed internetwork we are using today; people will not just observe the transparency but there's an added value of operational efficiency in every way possible.”

“Market will be totally changed. I’m talking not about “black swans”. I’m talking about what we can see now. Blockchain is a base of 3D-movements in economic (Decentralization, Digitalization, Diversification). Blockchain will create p2p market of electricity and will optimize structure of electric net. Also, working on the cross-section of the 5G, IoT, blockchain, and electric transport, we can say, that cumulative effect of these technologies will change world more than we can expect. Cryptocurrency will be generated by IoT devices, computer clouds will be based on the each CPU on each device (up to 20 Gb/s for 5G and up to 65 Gb/s for 6G will destroy physical borders for information). P2P markets of electricity and computational power will make everybody involved in making added value and it will help to solve problems created by total automatization. Everybody will be customer and manufacturers in one moment. So, we will have new economic relations and new professions.”