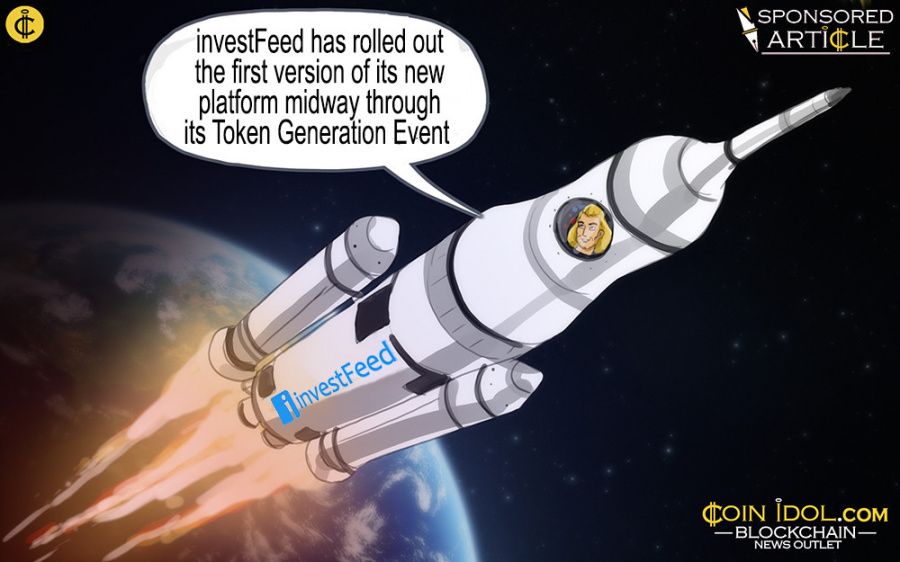 Launch comes mid-TGE and well ahead of product roadmap

investFeed, the social investment network that dropped equities for cryptocurrency, has rolled out the first version of its new platform midway through its Token Generation Event. The beta, initially scheduled to be released within 90 days of its August 7th TGE close, was fast-tracked to give participants and potential users a taste of the unique cryptocurrency-based marketplace and a first-look at live tickers and weighted average price charts. The New York based tech company made the controversial pivot from equities to cryptocurrency due to repeated requests from their users, as well as the explosive growth of the $100 billion USD cryptocurrency industry. Their Token Generation Event, initiated July 23rd, is designed to help fund the development of the new platform, as well as provide users a utility token for accessing popular investing ideas, peer-to-peer price predictions, investor insights and “Boosting” or promoting individual content.

“Our development team has been working around the clock to roll out the first version of the platform and it looks beautiful; it's like Facebook, cryptocurrency and the Bloomberg Terminal met for the very first time. One of our goals was to give mainstream users a simple, aesthetically pleasing UX and remove the technical barriers and complicated language associated with blockchain and cryptocurrency.”

Several months ahead of the technical schedule outlined in their white paper, investFeed’s new platform, thanks to a newly formed data partnership with market leaders, Bravenewcoin.com (BNC), now showcases a list of 235 high-performing, highly liquid cryptocurrencies and their associated price tickers, channels, pairings and weighted averages in USD. Users can now start messaging each other, post comments and share cryptocurrency market insights, and soon access buy and sell functionality directly within the platform.

“Just like we linked every top online stock trading brokerage to our original platform, we will begin to form relationships with digital asset exchanges so that users can link their accounts on investFeed and make informed decisions, using the most accurate market data possible. The end-goal is to become the one-stop shop for everything cryptocurrency, and unite a growing community in one of the most nascent industries of our generation.” 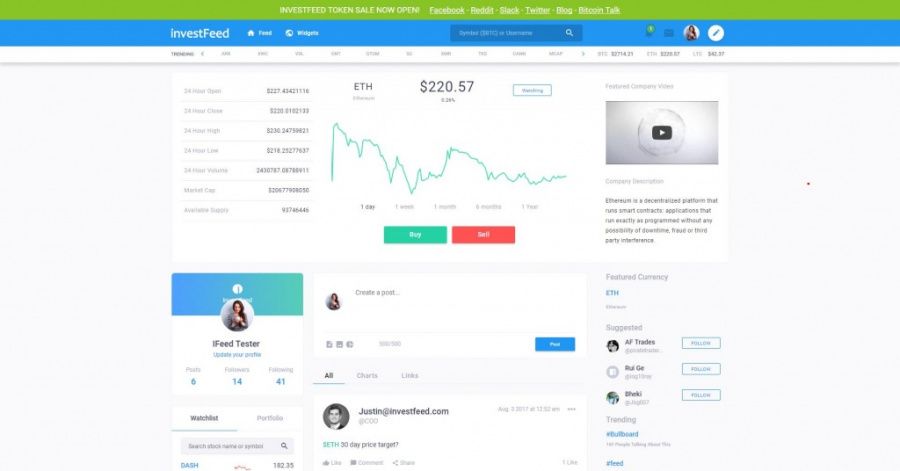 In the very near future, more features will be unlocked and added to the new investFeed platform, including instant notifications on user-assigned price alerts, as well as alerts on moves made by peers and high performing traders.

Meanwhile, former top advisor to Ethereum and founding advisor to Lisk, Steven Nerayoff has joined investFeed’s advisory board. In 2008, Steve Nerayoff founded Maple Ventures, a venture capital firm primarily focused on emerging technologies including blockchain and cryptocurrency, and is one of the most influential and well-respected advisors in the industry.

investFeed is the first incentivized next-generation social investment network for cryptocurrencies. Since the company’s inception in 2014, investFeed attracted a community of 15,000+ users, with over 200,000 live feeds, sharing market investing insights. Across Q3 2017, investFeed is pivoting from US equities to cryptocurrencies due to both user demand and the extraordinary growth of blockchain based assets. investFeed’s new platform allows the cryptocurrency community to establish professional relationships, promote user content and share rewards-based investing ideas. investFeed is conducting a crowd sale from July 23, 2017 to raise capital for the development of the cryptocurrency-specific platform, and to issue FEED tokens to participants.