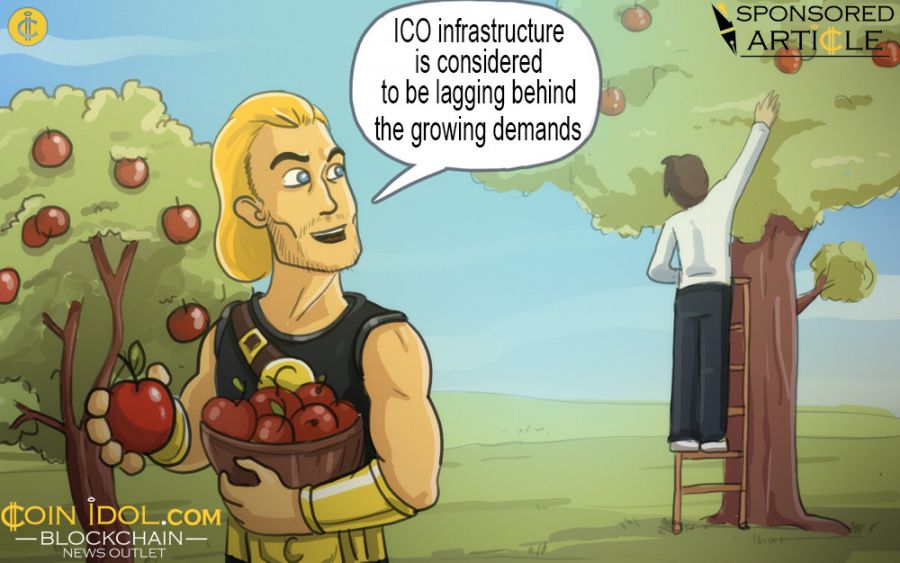 ICO is proving itself as an established way of raising funds. Its infrastructure, however, is considered to be lagging behind the growing demands of $100 billion market.

Enthusiasts mostly agree the industry is more than ready for innovations, and not without a reason.

“High returns are linked with high risk related to the extreme market volatility and the possibility of failure in execution phase. Very few governments have clarified their position on ICOs, in the vast majority of jurisdictions ICOs are unregulated and there are no investor protection mechanisms in the domestic laws. In addition, as a rule there are no investor protection mechanisms built into the existing platforms either, which leaves contributors exposed to significant uncertainty.”

According to the project’s developers, it is a community-driven ecosystem standing on the expertise in blockchain projects, academic experience in blockchain technology, and professional backgrounds in banking, big finance, corporate law, and fintech.designed to solve such systemic problems.

While the primary goal for Aimwise is to build a decentralized ecosystem for ICO and startup investing, it is nearly impossible to test and improve the model without some centralization.

Initially it was launched as a functional server-based solution with a complete set of standards and strict listing requirements. On the second stage the platform will decentralize individual parts of the system, eventually reaching the third step, leading to a complete decentralization.

First is the hosting platform, aiming to set higher standards of disclosure and project selection. Apart from obligatory disclosure requirements, startups are motivated to reveal more details about their businesses in exchange for a discount on the commission fee.

Users collectively assess and discuss each inbound project. A third-party auditor is appointed to review and verify the submitted information. Eventually the whole community discussion results in a well-organized community report, filtered from irrelevant noise and bias.

Depending on their activity during project assessment, the community elects several most prominent participants — board members — who will decide if the project deserves to enter the Aimwise ecosystem. Users, in their turn, vote for the rationality of the board’s suggestion.

The next part is the crowdsourced idea incubator. It is an environment to post ideas and opinions about particular listed projects, analyze public sentiment, initiate marketing surveys, and form teams to work on specific issues. For startup developers it is a potentially valuable source of unbiased feedback, new ideas, and analytical data, plus the opportunity to find employees and new channels of market research and promotion.

In order to keep the community output structured and constructive, Aimwise offers rewards to moderators and active bona fide users — internal AIM tokens, the holder of which has the right to receive a share of the hosting fee collected by the ICO platform.

Aimwise portfolio management tool, the third module of the ecosystem, is an algorithmic solution designed to facilitate efficient allocation of funds. The tool is deeply integrated with the hosting platform. Together they create a potentially valuable source of big data on all listed projects, used to estimate efficient ways of funds distribution.

While portfolio management system checks for the needed data and performs all the necessary calculations and transfers, the user may easily set up a desired investment strategy using customizable parameters such as time horizons, risk to reward ratio etc.

The past, the present and the anticipated

Earlier this year Aimwise has finished initial beta testing and facilitated its first ICO as a hosting provider shortly after.

Now the team performs pre-sale procedures and prepares project’s own coin offering planned for the beginning of September 2017.

Developers expect the upcoming ICO to bring Aimwise closer to the ultimate goal.

The question is how close will it bring the necessary solution.