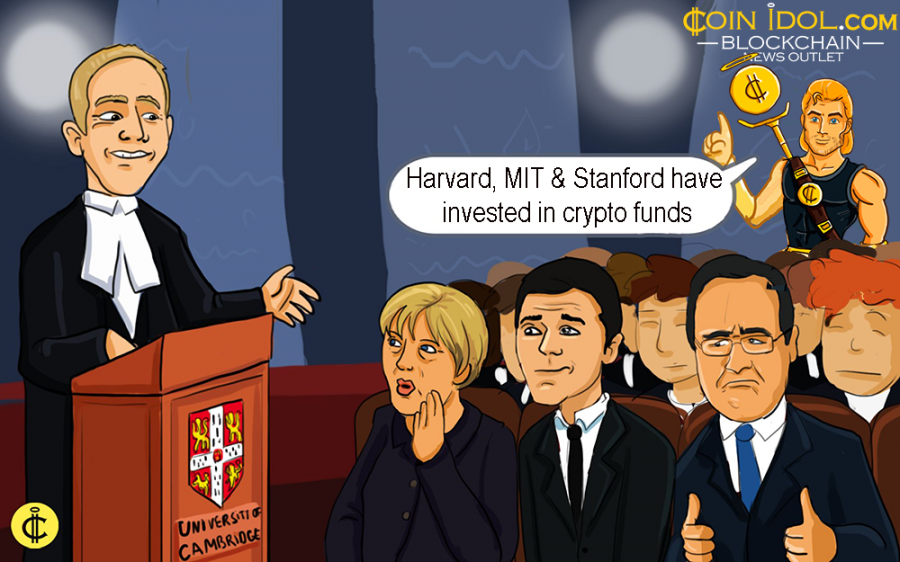 Five more university endowments have invested in digital currency funds, hinting that the crowd of institutional investors is finally starting to make at least a minute bet on the developing asset class.

The Information reported that a frame of significant educational institutions such as the Massachusetts Institute of Technology (MIT), Harvard University, the University of North Carolina, Stanford University and Dartmouth College have each highly invested in more than one digital currency fund via their relevant faculties.

The publication revealed that these five great university endowments have planted tens of millions of dollars in cryptocurrency funds, which in return invest in both physical digital currencies and equity in digital currency firms.

Previously, Yale University, which manages the second-biggest university faculty next to Harvard, had earmarked a share of its $29.4 billion in assets for investment into two digital currency funds managed by Andreessen Horowitz (a16z) and Paradigm.

However, even with these heavy investments, the six educational institutions are currently said to have minute exposure to this asset class. However, the point that they are engaging with the market at all could help make the space legitimate.

“A move by endowments into funds that will directly bet on cryptocurrencies signals a major shift in investor sentiment toward the asset class, in the same way that institutions over the past decade became more willing to invest in private tech companies. Backing from such closely watched institutions could help validate cryptocurrencies, which are still considered too risky by many institutional investors.”

Digital currency investors and analysts like Mike Novogratz had earlier forecasted that a "crowd" of institutional investors would add momentum in the upcoming Bitcoin bull market.

Ari Paul, a digital currency fund manager and an ex-portfolio manager at the University of Chicago's endowment, revealed in April, 2018 that he expected that a variety of institutions were very much interested and motivated in investing in digital currency but were still waiting for popular names like Yale University to throw the first punch before they join the struggle themselves.