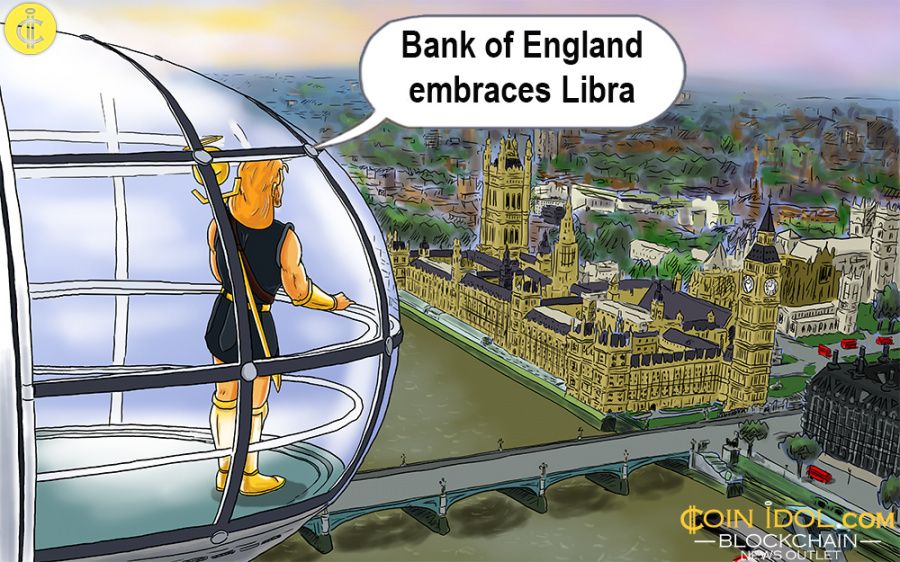 The Bank of England (BoE) has come out to embrace Facebook’s digital currency project Libra despite the recent criticism it has been facing from various financial regulators across the globe.

The UK’s central bank is apparently formulating rules of engagement that Libra, Bitcoin, Ethereum and other digital currency providers will have to fulfil before commencing their business operations in the country.

Libra was met with mixed reactions from monetary watchdogs globally, a reaction that led to worries in the minds of investors who are interested in investing in this cryptocurrency. For instance, France and Germany declared it publically that they will not allow the project to go on claiming that it destabilizes the principles and doctrines of traditional banks.

Certainly, the attempts to block the Facebook’s project led to serious confusion shortly after an online payment system PayPal Holdings Inc. revealed intentions to discontinue its participation with the Libra Association, and other giant backers were showing signs of withdrawing from the initiative.

However, the BoE looks not to be disconcerted by all of the aforementioned sentiment. Allegedly, Bank of England is drafting rules which will have to be adopted by all cryptocurrency service providers prior to launch their activities in Great Britain.

Furthermore, the Financial Policy Committee (FPC) of the BoE noted that the cryptocurrency owned by Facebook and is expected to be launched in the first quarter of 2020, has all that it takes to become an analytically and systemically significant payment infrastructure. The FPC also stated that it is willing and able to implement its standing supervisory tools rather than applying a new set of rules and regulations.

The UK’s Chancellor Philip Hammond revealed that Britain will not in any way try to build a wall against the Libra cryptocurrency project, instead, it will work very hard to put effective measures and regulations to allow it and other financial innovations to flourish hence enabling the rise of new efficient payment solutions like in cross-border transactions.

At any rate, it remains attention-grabbing to appreciate how the situation will go forward plus whether or not digital currency payment providers are going to observe and abide by the current regulatory provisions in the United Kingdom.

Tags
Libra Bank of England Banking England Cryptocurrency Finance Digital currency Payment
Most Popular
Feb 25, 2021 at 11:11
News
Ethereum Holds Crucial Support, Retests $1,700 Resistance
Feb 25, 2021 at 10:17
News
Ripple Shows Sign of Strength as It Attempts to Break the Resistance at $0.50
Feb 25, 2021 at 09:00
News
Why Credit Cards are a Terrible Online Casino Payment Method
Feb 24, 2021 at 15:53
News
The Land of Controversy: China Is Leading Cryptocurrency Market Despite the Hostility of Regulators
Feb 24, 2021 at 14:36
News
Bitcoin Cash Hovers above $500, Amidst Bullish Expectation
More