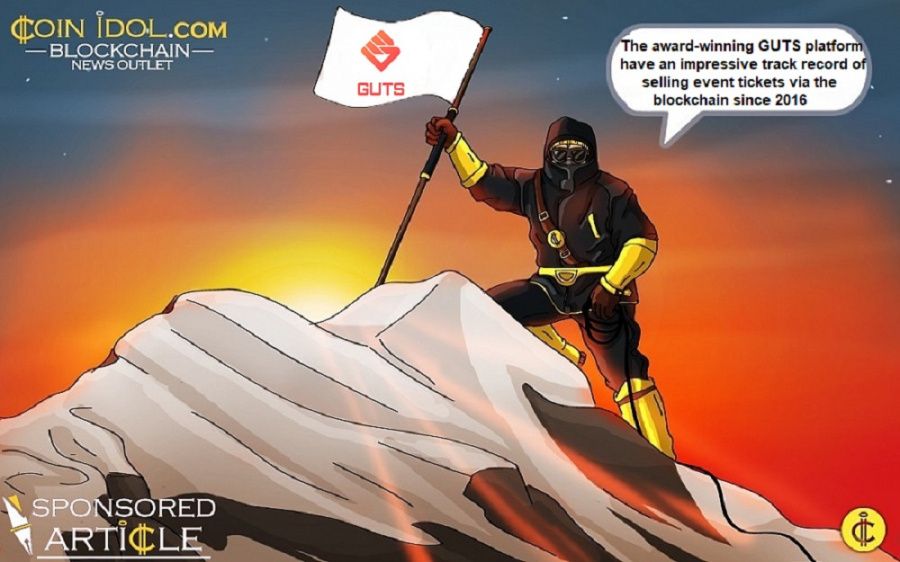 Event-goers in the Netherlands have flocked to support GUTS, an Amsterdam-based start up seeking to disrupt the industry of event ticket sales, who’s consumers seemingly tiring of being held at the mercy of ticket gougers for years.

After launching their still-ongoing ICO, GUTS witnessed a deluge of interest from participants keen to back the revolutionary blockchain-based solution that promises to make ultra-hiked up event tickets a thing of the past. Within hours, the ICO had raised more than $2.5 million, more than 15% of the total funding of the $17.5 million sought by the start up to bring honesty and low prices back to ticketing.

An Industry Monopolized by Resellers

Amsterdam is one of the modern capitals of the arts and entertainment industries, with a concert, festival or music event happening every day, staged across hundreds of venues throughout the city. With a lively industry generating mounting revenue and attracting larger audiences, the demand for tickets to watch these events has never been higher. 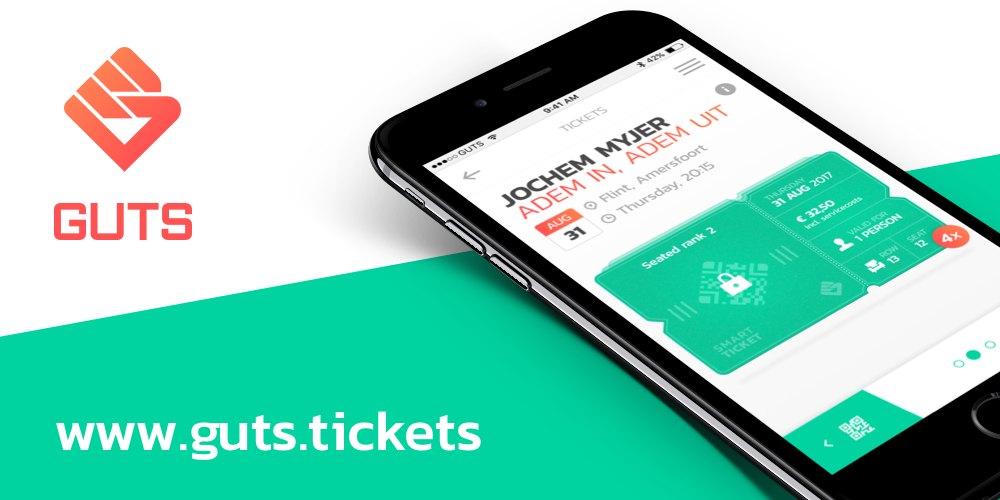 However, the industry has been plagued with a longstanding problem for many years, with tickets having extremely limited availability at normal prices, forcing people to buy them at exorbitant prices from resellers.

Calls to reform the way tickets are sold have been heeded by the government to draft laws that would bring fairness back to the market, but efforts have been held back by lobbyists for six years, keen to ensure the protection of reseller profits.

The GUTS Solution for an Honest Worldwide Ticketing Market

The award-winning GUTS platform have an impressive track record of selling event tickets via the blockchain since 2016. After striking a major deal with theatre powerhouse Hekwerk in Netherlands, GUTS engaged several professionals in the industry to assist with adapting their product to the international scene.

These include engagements with the renowned manager of DJ Martin Garrix, as well as International Talent Booking’s (ITB) Chris Payne, (of Adèle and Maroon 5).

GUTS is expecting to sell more than one million tickets in 2019 based on current deals already inked. From this success, GUTS CEO Maarten Bloemers conceived the idea for an Initial Coin Offering (ICO):

“We were looking for ways to extend the impact of the product and came to the conclusion that building a protocol that is fuelled by our very own token and opening it up for all ticketing companies to use, was the way to go.”

Bloemers added that the GUTS mission would face significant opponents keen to preserve the monopoly of secondary ticketing, making it necessary to hold an ICO to achieve financial independence:

“There is a lot of money being made by people who will go to great lengths to protect their interests. The raised capital of the ICO ensures our independence while accomplishing our mission for a worldwide honest ticketing market.”

The GUTS ecosystem will be built on the GET-protocol, powered by the GET-token used to process event ticketing. Each time events are created, the protocol purchases GET from token holders to process the event using a stability fund. So long as events are created within the protocol, token holders can liquidate tokens at a guaranteed rate of $0.58.

This exchange rate guarantee for tokens mitigates risks for early contributors. For as long as GUTS or other ticketing companies create events within the GET-protocol, there is little risk of losing their funds.

The GUTS ICO and GET Token Sale

The massive early success of the GUTS pre-sale on October 25, 2017 means that the initial round of crowdfunding has been completed. The current public ICO which launched on November 15, 2017 is now in Tier 1, which represents 20% of the total crowdsale. Early supporters stand to obtain GET at a discount, which will depend on how much contributions are recorded.A total of 36.9 million GET tokens have been put up for sale, with more than 9 million already sold.

To find out more, read the GUTS website and whitepaper or visit their ICO page.