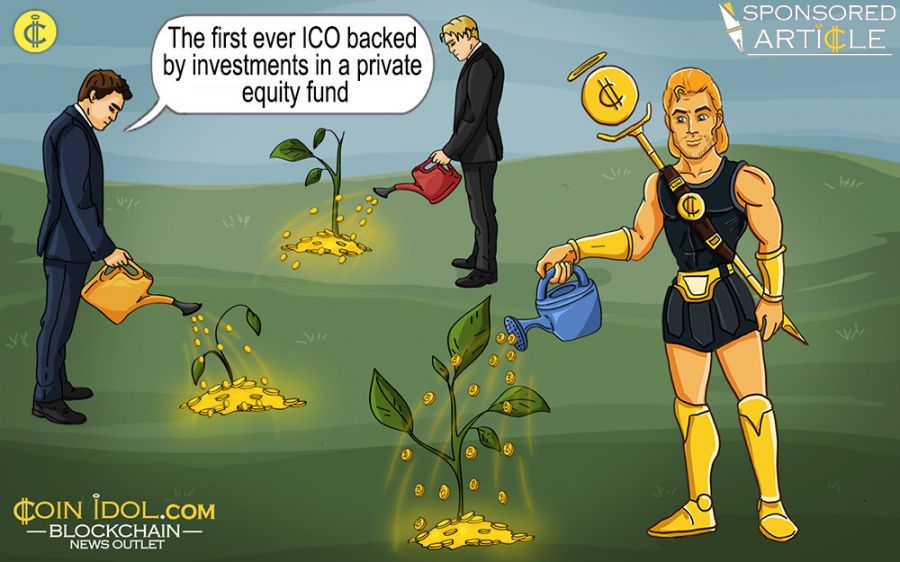 Finles Capital will issue digital tokens (“FundCoin”) by means of an initial coin offering (“ICO”) to invest the proceeds of the ICO in Finles Lowestoft Equities Fund,  a professionally managed private equity fund that invests in the blockchain industry alongside traditional investments

Finles Capital Ltd. announced today that it is anticipating oversubscription for the €100m ICO of FundCoin, the first ever ICO backed by investments in a private equity fund. The proceeds of the ICO will be used to invest in the Finles Lowestoft Equities Fund (the “Fund”) a Fund managed by Finles Capital Management an independent fund management boutique operating since 1977. The ICO will open up a new class of cryptocurrencies backed by a high-performance asset class rather than a single company or currency. It thus provides investors with a more diversified way to invest in blockchain through a structure that was previously only accessible to professional investors.

The ICO will launch on the 30th August 2017 with each FundCoin initially priced at €1. The great majority of the €100m that Finles Capital expects to be raised in the ICO will subsequently be contributed to the Fund and allocated to traditional and private investments, with up to 30% invested across the blockchain industry, a sector that is set to grow at 58% CAGR by 2023 according to Allied Market Research. The Fund targets to have an Internal Rate of Return (IRR) of 25%, driven mainly by the high growth of the blockchain industry.

The FundCoins are not mined, they are thus finite in number. Finles Capital may from time to time buy back FundCoins from holders and FundCoins will also be tradeable on the secondary market. This will enable investors to exit much more easily than they would be able to from traditional funds.

Finles is using its 40 years of professional expertise to manage a Fund that will allow FundCoin investors to benefit from the blockchain industry’s high growth, but that will decrease the exposure of FundCoin investors against the volatility in this new market. By combining early access to high growth blockchain companies with a diversified and private equity portfolio run by professional managers, the Fund offers a more stable basis in the highly volatile cryptocurrency market.

“Investors rightly see the blockchain industry as an opportunity they should seize; with the crypto market capitalization already at $100bn. The blockchain market itself is predicted to grow at 58% CAGR over the next six years. However, price volatility, with some cryptocurrency prices fluctuating by 25% in a day, along with the recent spate of ICOs have created uncertainty and some criticism. Industry commentators have argued that many ICOs are designed to make money from the buyers rather than for them. ” according to Rob van Kuijk, CIO of Finles Capital Management.

“FundCoin is different. Not only does it use blockchain technology to open up access to retail and cryptocurrency buyers, it solely invests in a Fund that is run by professional managers and so linked to the structure that provides a more safe harbour in the highly volatile blockchain market.”

Although we strive to have as broad an offering as possible, tokens may not be available to all persons in all jurisdictions as certain offering restrictions may apply. More in particular, no tokens will be available in the US, Singapore or the EEA. Offering and trade restrictions, as well as the rights of holders of FundCoin will be set out in further detail in the offering memorandum.

Potential investors can register their interest in FundCoin here: https://finles.capital/

Finles is a sophisticated boutique fund management house, founded in 1977 and responsible for management of EUR 500 million on average. It manages hedge funds, long only funds and also the Finles/IEX Dutch Hedge Fund Index.

Finles has a presence in The Netherlands with partners in Austria, Singapore, the Middle East, Far East, Greater China, Europe and the US. Clients include Pension Funds, Insurance Companies, Private Banks, Wealth Managers and Family offices. Find out more: https://www.finlescapitalmanagement.nl/en/index/