Financial Freedom In All Its Forms And Manifestations 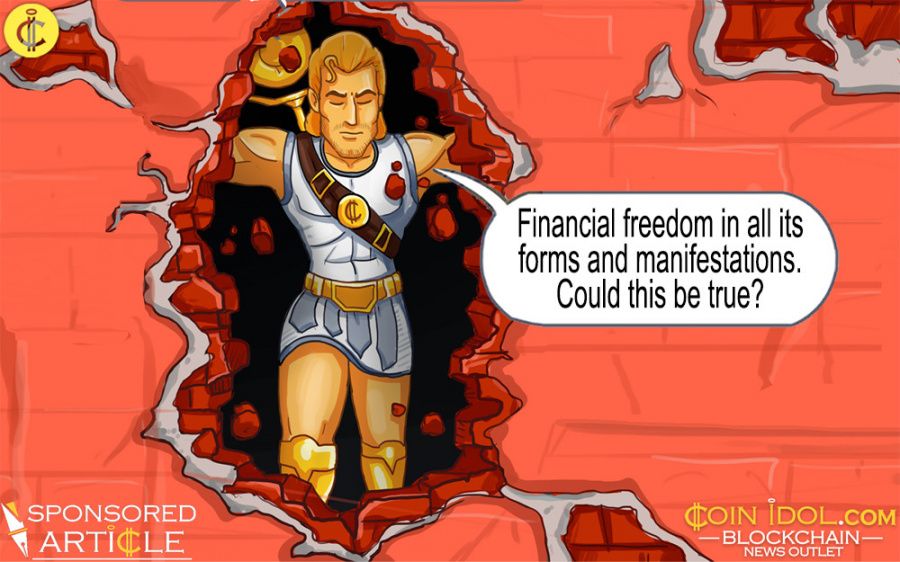 What does financial freedom mean? In its modern sense, such possibility stands behind Blockchain network. Within it any assets could interact in a decentralized manner.

What factors are the key drivers of this possibility? Here should be mentioned the demand and supply interplay, funds turnover and liquidity basis.

This concept gave an impulse to an idea that lies at the heart of the Bonpay company. In view of its team all becomes possible by only having a passion to the favorite occupation.

Bonpay builds its work on the idea of Decentralized Liquidity Network, so-called DLN, implementation. This  network comprises the multi-asset platform in order to provide the financial variety available.

The working mechanism and key features

Bonpay is a cryptocurrency service, enabling its users with lower limits and transparent exchange fees. The company is striving to involve all the cryptocurrency and ERC-20 tokens into the turnover without any third parties.

To complete this mission company has several bargaining chips. One of them is the DLN system. It enables any exchange or transaction process to be implemented on demand, softly and without any delay. DLN is a flexible mechanism which uses the available resources of its network. With its help user is able to exchange or just to get any currency he needs instantly without even any thought on how is it happening. This is another target of Bonpay - to provide not only financial freedom, but also the freedom of worries. All the participants of the deal are satisfied.

Another step towards the aim is the transparent rates system. This feature will be realized by the DLN implementation and will let users to escape sharp exchange movements, avoid hidden conversion fee and make future transfers reasonably. Due to the system of transparent rates only the most favorable are involved in deals within the DLN. No additional charges from Bonpay side, all the fees will be paid directly between DLN participants.

The self-controlled data protection system of Bonpay add confidence concerning security. The zero-knowledge system allows users to be the direct owners and managers of their funds and sole holders of private keys. Our rule is: “Your money, your wallet, your terms”.

In the view of the above-said Bonpay team decided to launch the Initial Token Sale which will help them to implement all the intentions concerning financial freedom. The team has accurately developed a detailed plan of reaching the aim. Besides, the company has already launched its live service. The key features, stated below, are the next big step forward.

BON tokens are specially generated for the Token Sale. The most part of them is intended to be sold for the public. On buying tokens users will obtain special benefits and bonuses. More detailed they are described in Bonpay Whitepaper.

The Token Sale itself is planned to take place at the middle of October. So far, Bonpay team has already gained the support of several partners and investors. The raised funds are aimed to be used on the implementation of the key features in order to make possible the full financial freedom.

Here is the summary of the upcoming Bonpay Token Sale:

More details are stated in the Bonpay Whitepaper. To be on the wave of all events in Bonpay life join Bonpay communities.