Exscudo: Yet Another Exchange or One of a Kind? 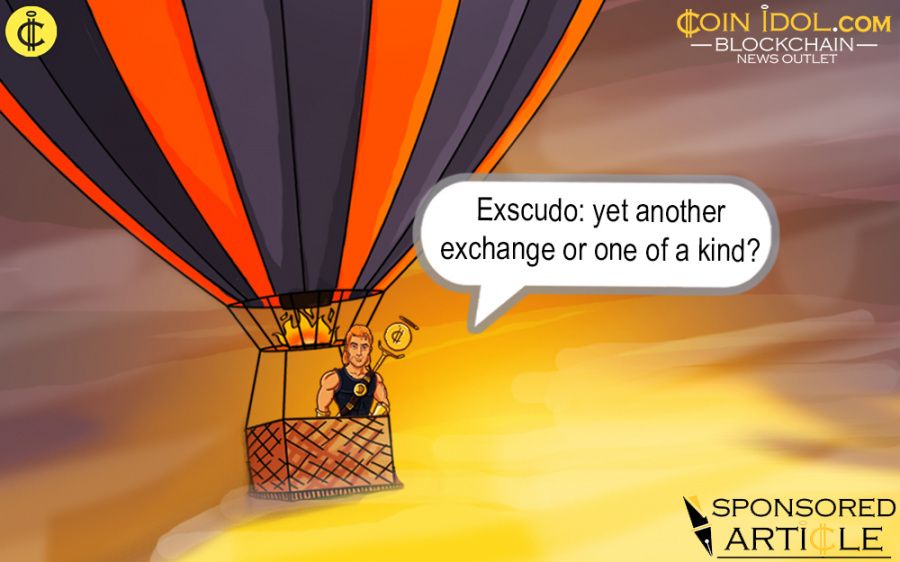 2018 is a very illustrative year for the cryptocommunity — almost every project stated in their White papers to release their products. Many of them failed, and only few of them were able to stick to investors’ expectations. In this context our today’s project has chosen quite an interesting path to develop.

We have heard about Exscudo roughly a year ago — during the ICO. It was not a hype project back then in the beginning of 2017, however the founders stated all the funds were channelled to production rather than marketing. After a year of not-so-public development (but who cares if their tokens were not tradable anyway?) Exscudo team has come up with the first version of the exchange, their core product.

The whole project is described as a gateway between traditional finances and cryptocurrencies — the company is building an ecosystem consisting of an exchange as its liquidity center, a dPoS blockchain, a secure mobile chat and wallet, B2B merchants for cryptocurrency payments and cryptocurrency-tethered debit cards for everyday expenses.

We have taken a look at my.exscudo.com to check it out whether it was worth a long wait. And (spoilers!) surprisingly, it was! Shortly after launch the exchange has begun to gain liquidity — another sign that it was awaited by the Exscudo community.

For now the exchange has some features which are pretty standard for all the exchanges: deposit/withdrawal, two-factor authentication, trading history, charting and basic TA instruments. This is where similarities with other platforms end. 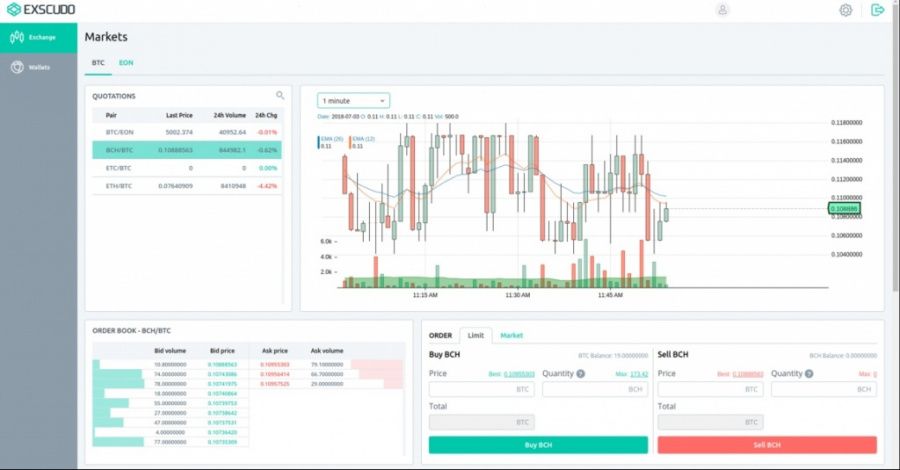 Exscudo developers have worked on the integration of their mobile wallet Channels and the trading accounts of the users, so one can tether the wallet to the exchange and make secure transactions only to the wallet on his or her mobile phone. It is simple yet very effective way to eliminate trading accounts theft. 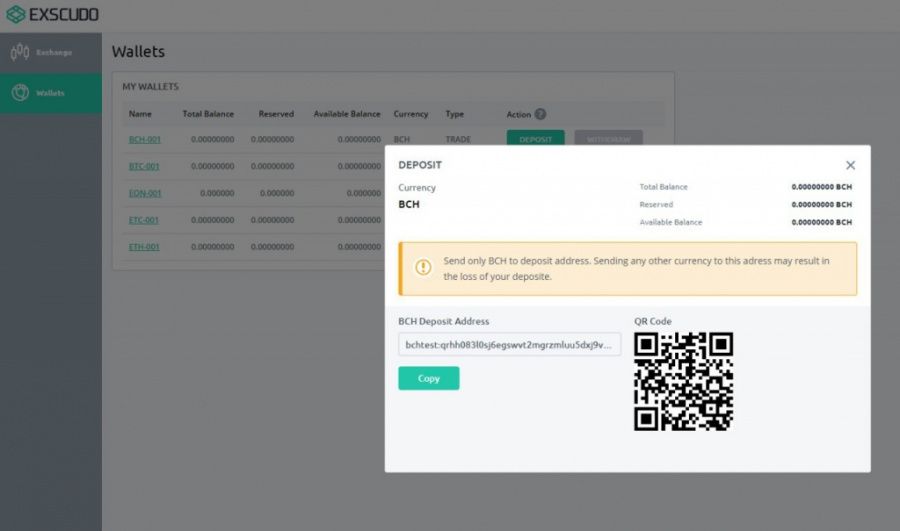 The biggest part of what is Exscudo exchange is on the backend, so making conclusions is kinda early because we have not seen an open API yet, though it is expected to be released shortly after the exchange itself. It will enable users to connect their trading systems/trading bots and connect to Exscudo with desktop software and even trading terminals.

Though the exchange has just been released and deposit/withdrawal systems are now working with a time lag, from the architecture point of view Exscudo is the closest someone has come to the traditional stock exchanges. Open API, extensive third-party software compatibility, legal support and productive exchange core make it as productive as NASDAQ trading platform (according Exscudo developers the core can process as many orders as NASDAQ, allowing HF trading).

In the context of ecosystem deployment Exscudo exchange launch is a fundamental milestone for the project as it combines the most complex features in terms of system architecture: it is connected to the EON blockchain and all its deposits are secured with it, and it has API for other Exscudo products to come. For instance, any mobile app user can convert his or her USD to BTC instantly at the rate of the exchange without paying even 1-2% fee, because the app is connected to the exchange’s orderbook.

The same case is true for B2B merchants: any business which has installed Exscudo merchant can receive payments directly on its fiat bank deposit instantly at the moment when a customer makes cryptocurrency transaction on their merchant wallet. According to this scheme users’ debit cards will also be used: at the moment of transaction at the traditional cashier, USD will be channelled to the store’s deposit, whereas cryptocurrency will be sent to the Exscudo corporate wallet.

In the end, Exscudo has made an effort to make not just one of the many exchanges present in the market, rather redesign it completely to answer their strategic goals. Whereas now it might not be as original and functional as it meant to be, it will be interesting to use it in some months, when new products made by Exscudo will be released.