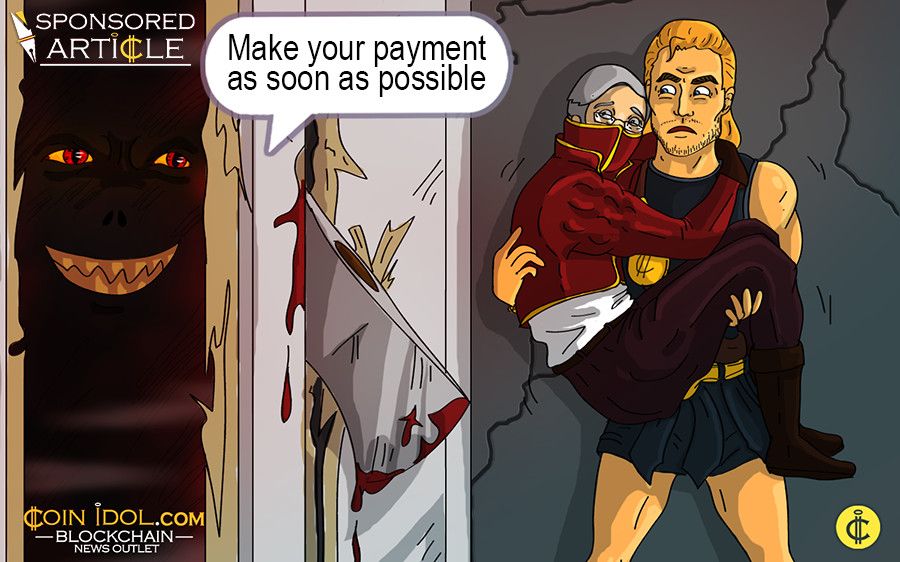 SONM, a blockchain project dedicated to creating a decentralized supercomputer for non-specific computations, warns of the criminal intentions of an ex-team member who has begun to racketeer the escrow, advisors and members of the team since the successful end of pre-ICO sale. The team has gathered $500,000 within 10 hours.

This text is an official statement from sonm.io

Due to regular inquiries from respected members of the community, the SONM project is forced to issue an official statement related to Barnaba Pawłczak’s actions.

Outline of the conflict

Barnaba Pawłczak was a member of the SONM developer team until February 2017, when he declared that he was leaving the team voluntarily, creating a thread on BitcoinTalk.

The tasks relegated to Barnaba Pawłczak during his work on the SONM project (December 2016 – February 2017) were not completed. After his leave, he didn’t comment on the work of the team in any way, but after the end of pre-ICO sale of SONM on 16th of April 2017 he conducted a few fraud attempts in order to discredit the team and sabotage investor trust.

Barnaba Pawłczak conducted a mailout to escrow, advisors, famous community members and founders of the blockchain project with the following contents (this is an example of the email sent to Sergei Ponomarev):

“Unpaid 2541 Eths and 600 Eths for services,
Dear sonm.io team CEO Sergei Panomarev,
This letter is pursuant to sonm.io marketing agreement to pay Barnaba Pawełczak for services with milestone preICO dated March 15, 2017 for the amount of 2541 Ether ETH.
and additional 600 Ether ETH for services ordered in February.
{Agreement is attached}
Your failure to pay as per the 4th May, 2017 of (2541 Ether) amounts will cause further steps including court of law.
Please acknowledge receipt of this letter within three business days.
Please make your payment as soon as possible to address: 0xEf10c784A1DBAda148C9ac5ADe561049880c22c0
Thank You in advance for your attention to this urgent matter.
I look forward to hearing from you. If you have any questions, please do not hesitate to contact via email.
Yours Sincerely,
Barnaba Pawełczak”

Digital Biopharm has no rights to the SONM brand 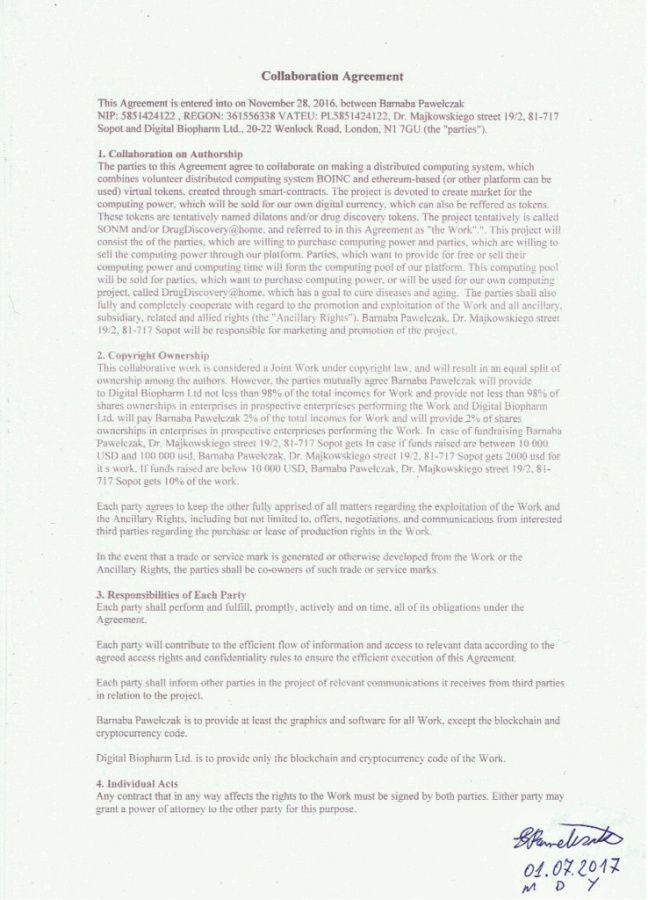 According to this contract, a part of Barnaba Pawełczak’s responsibilities was the development of graphics and software for the SONM project, therefore, even if this document had any legal power relating to the SONM brand, Barnaba Pawełczak did not fulfill his obligations in terms of cooperation; all design elements, particularly, the SONM logo were created by Rikki Lorie.

Thus, the attempts by Barnaba Pawełczak to discredit the SONM project have no basis and can only be looked upon as an attempt at fraud and racketeering in order to get 2541 ETH (which amounts to ~ 175 329 USD at the exchange ratio for 29.04.17).

His final attempt to threaten the team members was the final straw: Barnaba appeals to “hunters” and “Collectors” for collecting the debt. This is beyond all principles of business ethics. If Barnaba’s claims had any legal basis, he could have sought damages through the court. However he has chosen a dishonest way to reach his goals, i.e. blackmailing members of the team, who now have to watch out and deal with the feeling of being followed.

This official statement is designed to uncover Barnaba Pawełczak’s criminal intentions to racketeer the escrow, advisors and members of the team.

Be cautious and don’t let yourself to be tricked.

Disclaimer. This official announcement is provided by the SONM project and should not be viewed as an endorsement by CoinIdol. Readers should do their own research before investing funds in any company. CoinIdol shall not be responsible or liable, directly or indirectly, for any damage or loss caused or alleged to be caused by or in connection with use of or reliance on any such content, goods or services mentioned in this article.