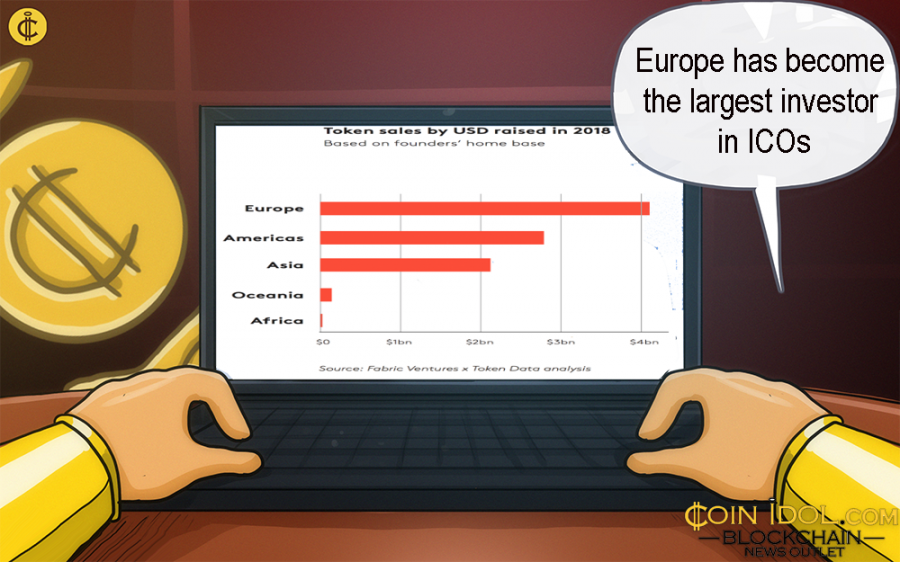 Aspiring to be number one in the rapidly developing fintech field, the representatives of Europe are far ahead of others. This year, initial coin offerings (ICOs) have collected nearly $4.1 billion in European countries, while the United States invested around $2.6 billion.

According to the chart above, token sales in Europe are valued at $4.1 billion in 2018. That number significantly exceeds the $2.6 billion in the Americas and the $2.3 billion gathered in Asia.

Why has the Token Boom Happened in Europe?

Stack Overflow reports that Europe is home to 5.5 million developers, while the USA has hosts 4.4 million. Also, twice the number of STEM PhDs graduated from European universities than from American universities. There have always been many professionals in the technical field but until the crash of 2008, all great minds were attracted by the banking industry.

"With this wave that’s democratizing access to capital, the technical talent doesn’t need to migrate to the US to raise venture capital and build global companies," the report conducted by Fabric Venture said.

European countries started to implement successful regulations to offer the best environment for decentralized networks and cryptocurrency assets. For example, France intends to become one of the world’s biggest hubs for ICOs. At the same time, Switzerland and the UK make steps in the similar direction. Back in March this year, London established a crypto assets task force.

Europe consists of 50 countries, and some of them have small economies. Thus, the companies grown there need to go international as soon as possible in order to avoid troubles related to minor economies.