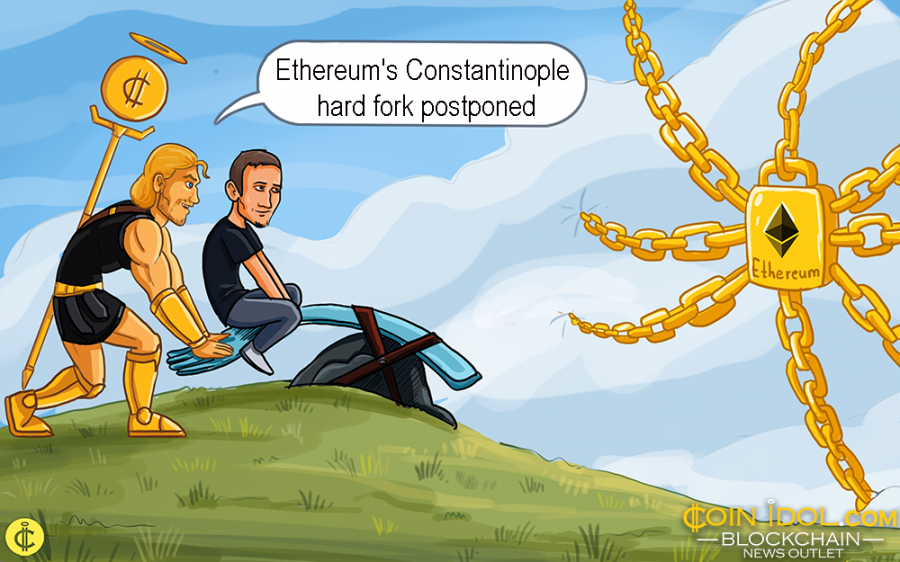 Ethereum's (ETH) next hard fork, called Constantinople, will be delayed until early next year, developers ratified this in a meeting on October 19, 2018.

Initially aimed to actuate in November 2018, developers choose to delay the hard fork after many bugs were discovered in the code when released on a test network. Currently targeting a date sometime in late February, developers on Friday admitted that going ahead with the hard fork November would be unwise.

Optimism Around this Effort

Speaking on this subject during Friday’s live-streamed meeting, one of the developers known as Afri Schoeden commented:

"I keep getting the feeling that we're trying to rush this and I would second that we should breathe and see what happens."

Constantinople features and ascribes 5 retrograde-incompatible variations to the network, from insignificant code optimizations to highly contentious variations like the one which would decrease the amount of new Ethereum rewarded with every transaction block.

The postponement could have possible effects for other suggested variations also. A security lead at the ETH Foundation, Martin Holste Swende, revealed that there could be a chance to put code for another suggestion, called "ProgPow," into Constantinople.

ProgPow targets at reinforcing ETH's resistance to the specialized and distinctive mining hardware, that several believe could exclude pricewise minor mining activities which employ GPUs to carry out mining and could also bring some centralizing outcomes.

"I'm going to go out on a limb here and say that if we do decide that Constantinople isn't until January or February, then I would probably try to push for including ProgPoW into Constantinople," Martin revealed.

ProgPow was debated in earlier core developer meetings and a decision was taken that the code shouldn't be hurried into Constantinople and instead - if it consensus was reached - be put into ETH by manner of another hard fork just after Constantinople.

Furthermore, communications senior officer for the ETH Foundation, Hudson Jameson, revealed on Oct 19, that developers already had much to work on to ready the network for the mainnet or live DLT release of Constantinople.

Jameson, while talking about one of these items, revealed:

"We need to coordinate more with miners on when we switch over hash power and that also includes mainnet."