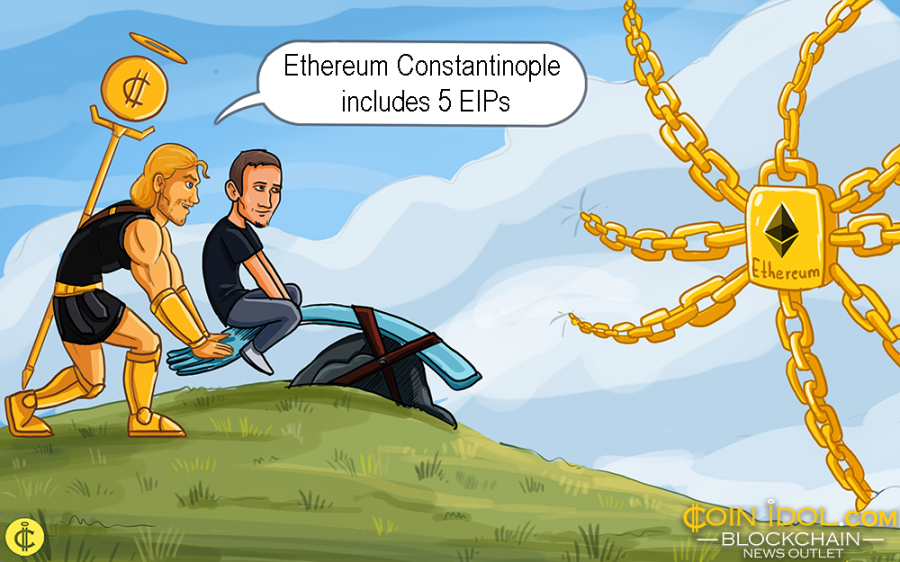 The Ethereum (ETH) Constantinople Hard Fork is a popular subject these days. While Crypto maniacs might have an idea about what is going to occur, normal users are still looking for details.

Constantinople has been engrossed last month on August 31st and includes 5 Ethereum Improvement Proposals (EIPs). These proposals are focusing on permanently changing the Blockchain technology with a  variety of new retrograde-incompatible upgrades.

EIP 1283: This is built on EIP 1087, which was written by Nick. This EIP aims at helping smart contract developers. It considers doing so by bringing a more efficient pricing method for variations done to data storage.

EIP 1014: Vitalik Buterin, the co-founder of Ethereum, is behind the development of this proposal. The aim of this upgrade is to enhance the facilitation of a certain kind of scaling solution based on off-chain transactions and state channels.

EIP 1234: Written by Africa Schoedon, a release manager for significant ETH user Parity, this EIP aims to reduce the block mining reward issuance from 3 Ethereum down to 2 Ethereum.

What It Means for End Users

These new upgrades to the Ethereum network mean that nodes now must either adopt the fresh EIPs plus the whole system or go on to operate as a separate Blockchain tech entity.

However, the majority of the Constantinople upgrades won't be significant for the average client. For sure, the upcoming ETH hard fork won't cause any 'big changes' especially for the end users, as per Lane Rettig, an independent developer.

Eric Conner, an Ethereum trader commented on the upcoming fork:

"Complex coding and testing takes time. And ethereum is live so it's essential to be sure no changes are breaking."

Generally, the changes to the Ethereum system constitute the following: optimisations to improve processing times for developers; significant pricing structures for changes done to smart contract data storage code and a code change for scaling solutions via state channels smooth to occur on Ethereum. Some important changes to Ethereum's economic policy are also effectively planned.

Currently, Ethereum is exchanging hands at $207, after it rushed and crashed the $200 resistance against the US dollar. The big question that now remains is: are the pessimistic thoughts going to continue for the pair in the coming days?