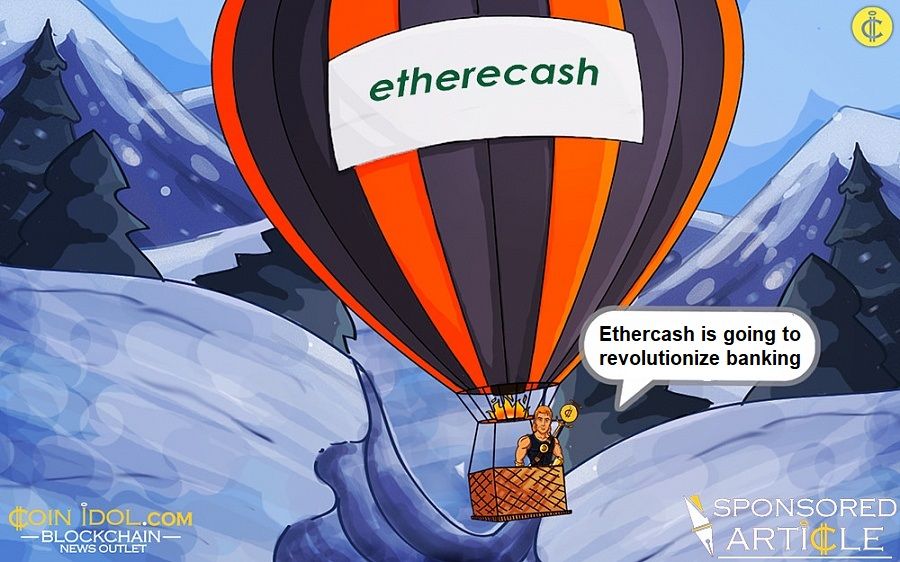 After a massively successful pre-ICO in late October, financial innovator Etherecash continues to receive incredible support in it’s mission to revolutionize the banking and finance sectors, with more than 40,000 participants recorded in its ongoing ICO.

After a massively successful pre-ICO in late October, financial innovator Etherecash continues to receive incredible support in it’s mission to revolutionize the banking and finance sectors, with more than 40,000 participants recorded in its ongoing ICO.

With less than three weeks remaining on the clock, the Etherecash token sale continues to garner immense interest, following on from its debut at the World Blockchain Summit in Dubai, which received accolades from Dubai Future Foundation who advocate pushing for blockchain technology.

The aftermath of the global financial crisis in 2008/2009 has resulted in deep distrust of the current banking and financial system with its history of mismanagement. And with more than 2.5 billion people still without access to basic financial services, there is a strong desire to see a revolution of the financial industry.

The Story So Far

Etherecash’s work began in earnest a full year ago in 2016, leading to the sweeping developments it has achieved this year, attracting supporters to their cause of bridging the unbanked with global finance, enabling anyone anywhere to perform the most basic aspect of finance – spending and sending money.

With the significant funds already raised and still incoming, Etherecash has obtained a strong footing, which will allow it to expand its development team to a strength able to take the platform to the next stage. Next year, alpha and beta testing will be conducted as it prepares mobile apps for deployment. This will culminate in the alpha testing of its first-of-its-kind multi-crypto debit card in anticipation of the final release of its product.

The Reason for Etherecash’s Success

Etherecash’s record-setting achievements in its ICO is no coincidence. Its platform represents the much-needed panacea to the highly complex and lengthy process of accessing the most basic form of financial service.

The 2.5 billion unbanked no longer need to go through the painstakingly long and unnecessarily complicated application processes of bank accounts or bank loans. Through Etherecash, people can send and spend money to whomever they want. Furthermore, global money transfers on the blockchain adds the innovations of instant, private, secure and low-cost money transfers.

Individuals and start-ups can access cryptocurrency-backed loans via a peer-to-peer (P2P) marketplace. Users are able to offer these P2P loans, safe in the assurances that borrowers can apply for loans backed up by their own crypto assets, up to 80 per cent of their wallet’s value. All loans benefit from state-of-the-art security, thanks to the innovation of secure smart contracts. This option alone opens up limitless potential for small start-ups and enterprises to flourish, where they would otherwise have failed to obtain capital from traditional banks, due to non-transparent, rigid requirements.

In addition, once Etherecash’s multi-crypto debit card is ready, users can store multiple digital assets and shop online and offline, withdraw money from ATMs, anywhere in the world at any time.

To support its mission of combining blockchain innovation with financial decentralization, Etherecash is now conducting a public ICO, with less than three weeks to its conclusion on December 19th, 2017.

Interested backers are still able to take advantage of staggered bonus structure based on early participation, with a 5% bonus applying now until Week Four, after which the bonus will reduce to 3%, before expiring on the final week.

Up to 144 million tokens are available for sale during the ICO. The ERC20-based token can be purchased with Bitcoin or Ethereum. The sale will conclude early if all tokens are sold or if a hard cap of $100 million is achieved.

Through blockchain innovation, Etherecash envisions a way for the slow, outdated and archaic finance and banking industry to enter the age of efficiency and inclusion.

In their own words, the Etherecash team see themselves as a “bunch of strange individuals” united by their distaste of disparate banking fees. They include some of the industry’s leading lights in veteran stock trader Jacky Thanh Ly (CEO), ex-head of MMRM Miguel Aguirre (COO) and security expert Silvan Gebhardt. They benefit from an equally impressive line up of advisors in multiple fields such as strategic investment, financial advisory and cryptocurrency law. 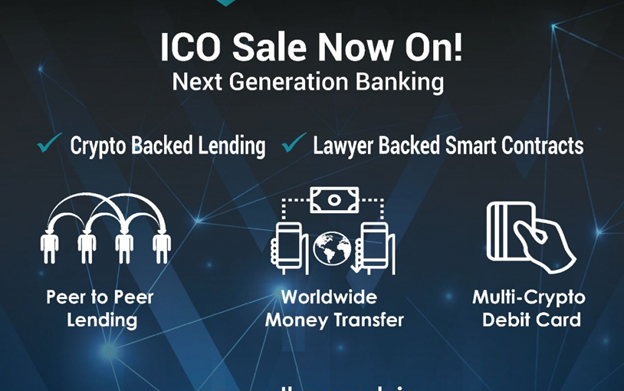