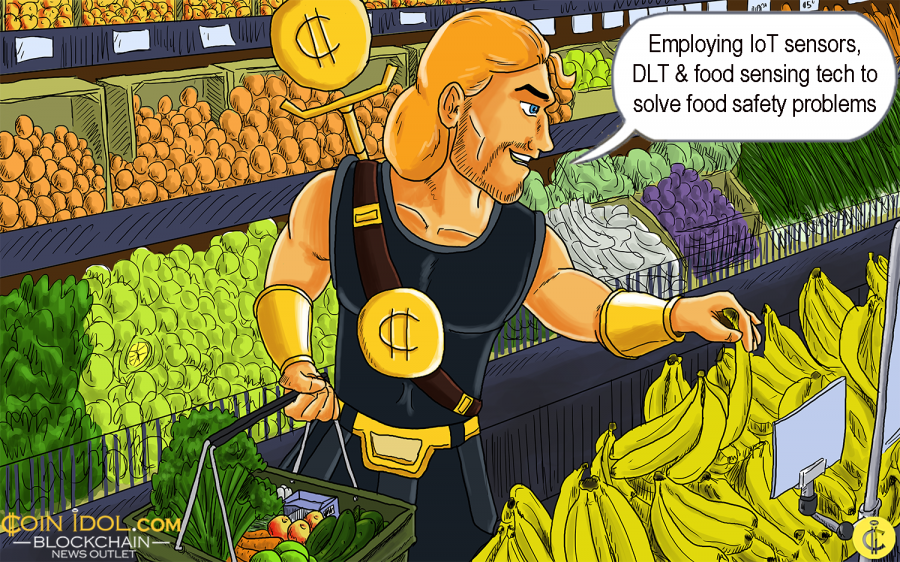 There are several technologies on the market that are dealing with traceability such as blockchain technology and internet of things (IoT) sensors. According to new research conducted by the World Economic Forum (WEF), these two giant new technologies have the ability to support a significant transformation of food systems.

The food sector plays an important part in the community, though there are still ineffectiveness and inefficiencies in the supply chain including lack of commodity and supply chain visibility.

This has been raising major food & waste safety concerns. Food production isn’t so effective since one-third of the entire world food production is subjected to waste, leaving over 800 million inhabitants with insufficient quality and quantity of nourishment.

The World Health Organization (WHO) approximated that there are over 600 million inhabitants who have become sick with over 420 thousand dying because of food contamination.

The food sector is responsible for 25% of the world’s greenhouse gas effect and emissions, and climatic change is also alarming at around 25% of the entire total crop yields.

With an anticipated population growth of more than 10 billion by 2050, the food industry is carrying an elephant in terms of future improvements.

The WEF, working together with McKinsey & Company, produced an Innovation with a Purpose report: “Improving Traceability in Food Value Chains via Tech,” which was an effort for traceability aiming at strengthening information about safety, efficiency, place of origin, sustainability of the food supply.

Paul Bulcke, the Chairman of the Board at Nestle, said:

“New technologies, such as Blockchain and satellite imaging, can strengthen traceability programs and lead to better transparency and value across the supply chain.”

Particularly, the report discovered that scaling distributed ledger technology (DLT)-enabled traceability by the year 2030 could likely lower down food loss by 1 – 2 percent. Scaling mobile service delivery could more likely shoot up farmers’ income by around 3 – 6 percent and lower down food by around 2 – 5 percent. 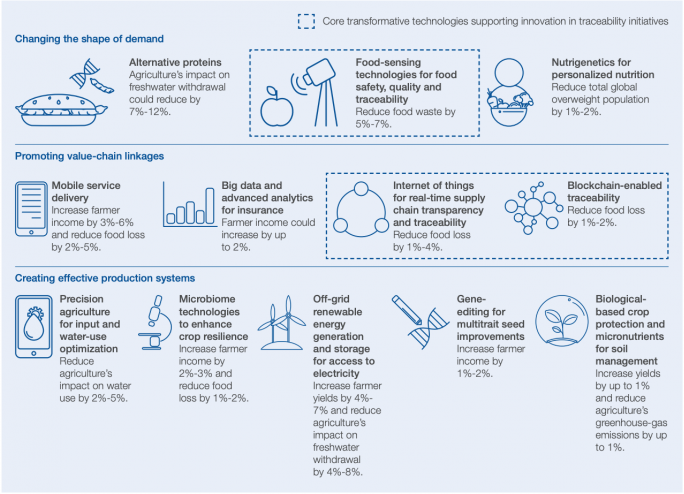 “To get to zero hunger, the world needs innovative tools and approaches,” revealed David Beasley, ED of World Food Programme.