Drug Dealers: Nine Criminals Are Behind Bars for Dealing in Narcotics Using Crypto 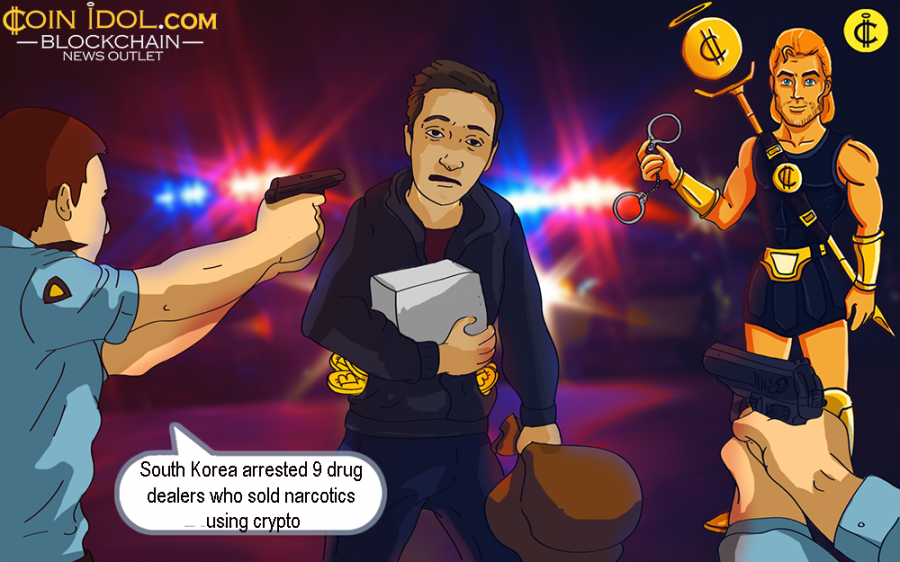 Authorities in South Korea arrested 9 drug dealers who sold narcotics through an obscured online platform using crypto, according to a report by Korea Herald. The office of Seoul Central District Prosecutor revealed on December 23, 2018, that the purported criminals used the darknet and even developed a website purposely to sell drugs.

Surprisingly, all the arrested drug dealers fall in the 20s and 30s age bracket. The website owner known as Shin is also among the people apprehended, Korea Herald reported.

The Wave of Attraction

All Darknet websites are obscured from the popularly accessible internet, and unique tools and browsers such as Tor have to be used in order to access these websites. These darknet websites have multiple layers of encryption and offer privacy to both their operators and customers. Therefore, this section of the internet is highly famous among criminals dealing in malevolent content, arms, prohibited drugs.

Shin’s website attracted a vast number of clients over nine months, with the community now standing at around 636 known members from March to November. The platform brokered the sale of narcotics on around 50 occasions, but the authorities have managed to shut down the illicit website. This seems to be the first South Korean authorities drug nick on the darknet.

The apprehended drug dealers are also indicted for planting cannabis and trading homemade or self-made hashish. They further brought in surreptitiously psychoactive drugs such as LSD and MDMA from other nations and then traded them on the darknet website. The office of the prosecutors again accused the owner and programmers (developers) of the malicious websites with the case of smoking marijuana.

The illicit trades were disclosed as prosecutors ascertained the information in drug dealers’ PCs and smartphones.

The drug dealers were often using DarkCoin, a crypto created to give anonymity to customers when carrying out transactions. The prosecutors are protecting $88,700 made from the drug trades.

Earlier in 2018, U.K police grabbed around 300 BTC worth more than $1.7 million from a crackdown on a money launderer and the drug dealer that was using digital assets to hide his money. In June also, a significant sting operation in the U.S led to the seizure of around $20 million in digital currency and the apprehension of 35 people.